Separate and Prepare the MONSTER M4SK

You should be familiar with the basic setup of the M4 Eyes project based on the most excellent Adafruit MONSTER M4SK guide Quickstart. Before you proceed with making your own eye pattern texture maps, be sure you've got the M4Eyes.UF2 working properly using the default Hazel eyes graphics. 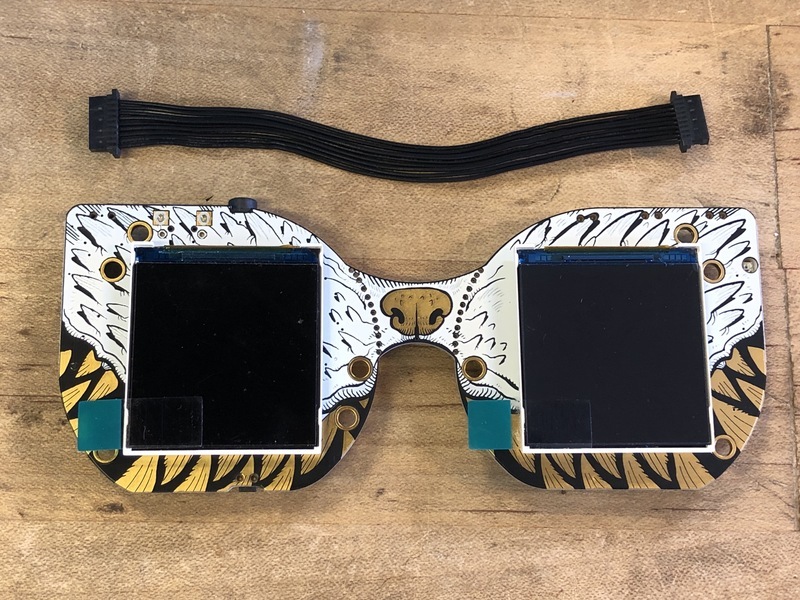 As terrifying as this may seem, the first thing we're going to do is BREAK the MONSTER M4SK! It's going to be OK, though -- It was designed to be broken! That's what those little perforations on either side of the bridge are there for. We promise!

The MONSTER M4SK will not boot up just one half of the board, so be sure to plug them together with the 9-pin cable! Want a single eye board? Check out the HalloWing M0 or HalloWing M4. 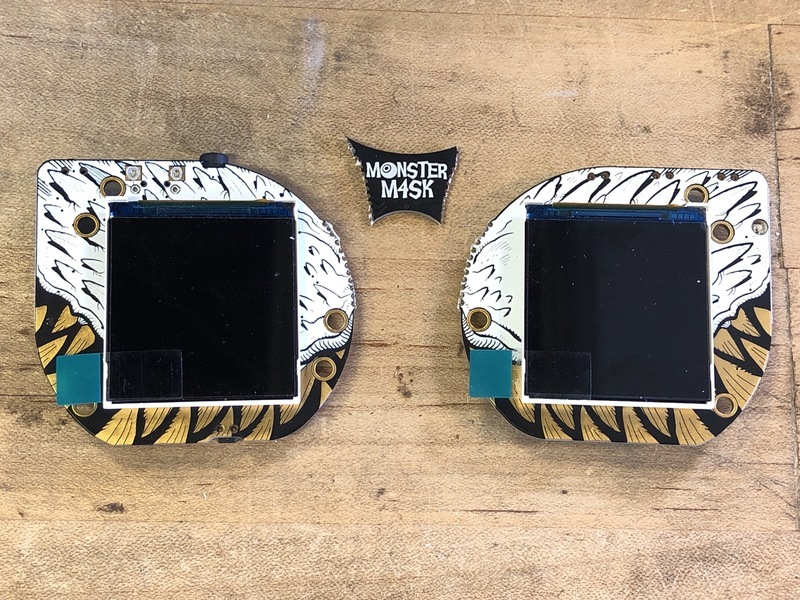 Note, you'll lose the capacitive touch nose booper capability in the process. But, other than that, by reconnecting the two halves of the board with the 9-pin JST-SH cable, everything else will work exactly the same as before.
Wear eye protection when cutting the PCB, as sharp piece can fly off at high velocity.

Using diagonal cutters, snip the perforation starting at one end, then flip the board around and finish the cut.

Then, trim the bridge from the other side as well, using the same procedure.

Next, use the 9-pin JST-SH cable to reconnect the boards.

Note, while each end of the cable is identical, the plugs have polarity and can only be plugged in one way to the board connectors. Don't force them in if they aren't plugging in easily, just flip them around and try again.

Try powering the M4SK and turning it on now and you should see it running just as normal! Here, I've got diagnostic code running, but you should see the eyes that ship on the M4SK. 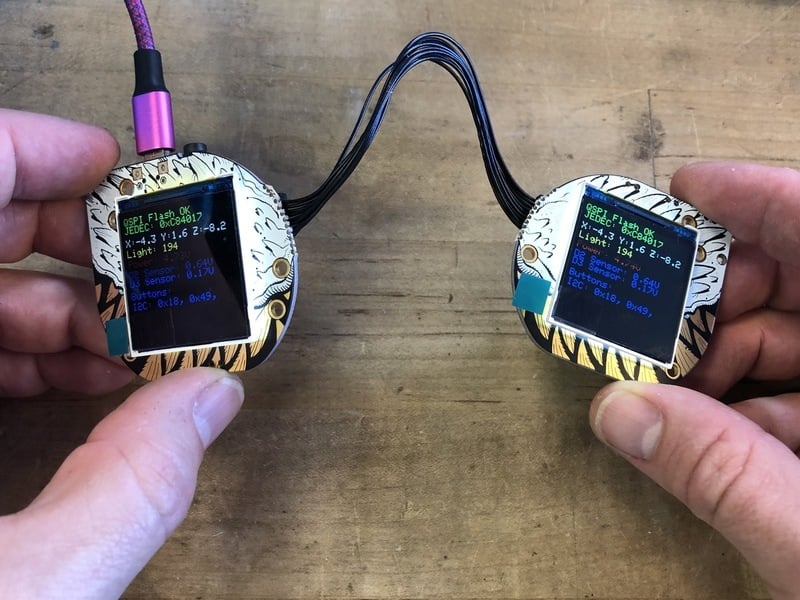 Using double-stick foam tape, secure the LiPoly battery to the back of the MONSTER M4SK's right eye board and plug it in. 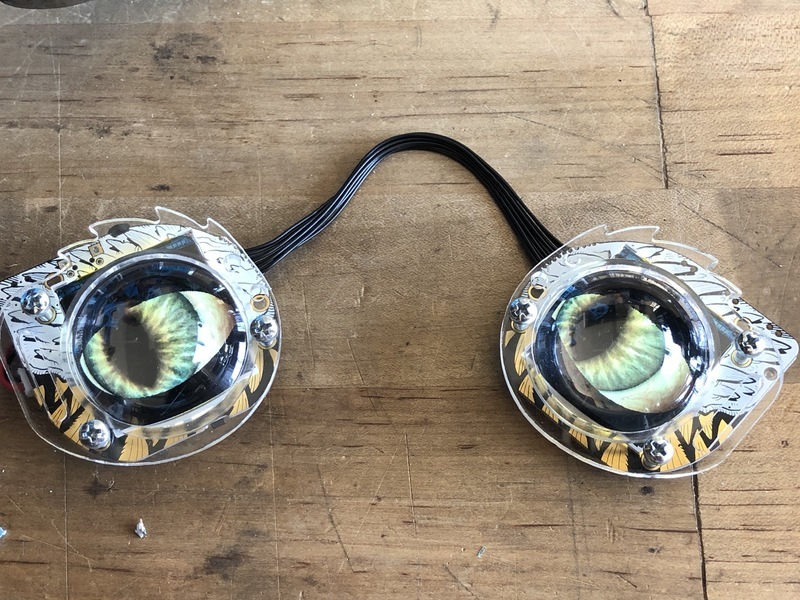 For the goose mask, we'll go about it a bit differently, so no need for the lens holders.

The goose eye code is similar to our typical M4SK eye code, but has a couple of small additions to allow for the microphone to trigger the spacebar over USB HID keyboard emulation.

Follow the main guide quickstart instructions to get the M4_Eyes.UF2 running, but instead use the GOOSEGAME.UF2 file linked below.

The goose_eyes.zip file has the graphics and config.eye file you'll need.

The GOOSEGAME.UF2 file has code in it for using the microphone as a trigger for the USB HID 'spacebar' press, however, we must also enable the microphone with the "voice" : true line seen in the config.eye file here.

Next, we'll embed the MONSTER M4SK and microphone in the goose mask and play! 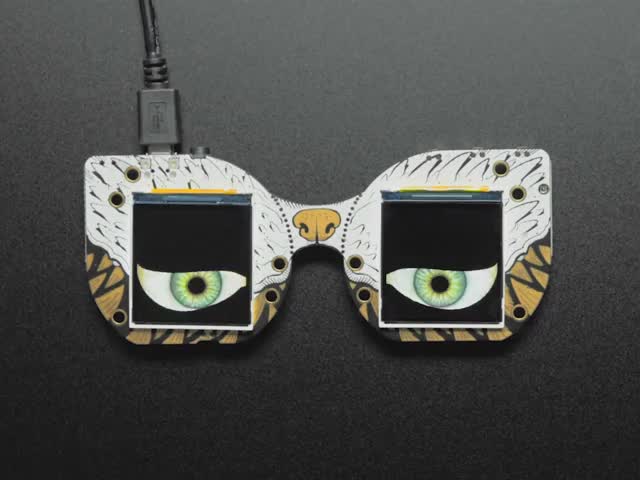 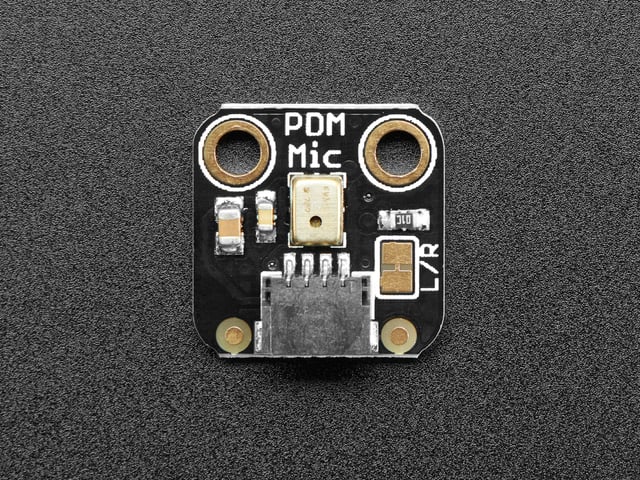 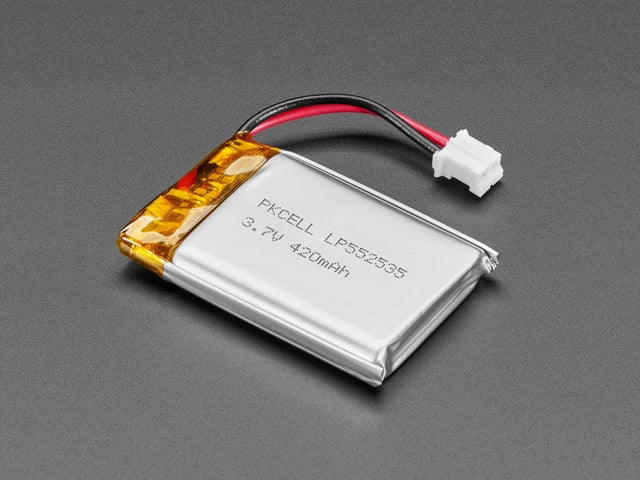 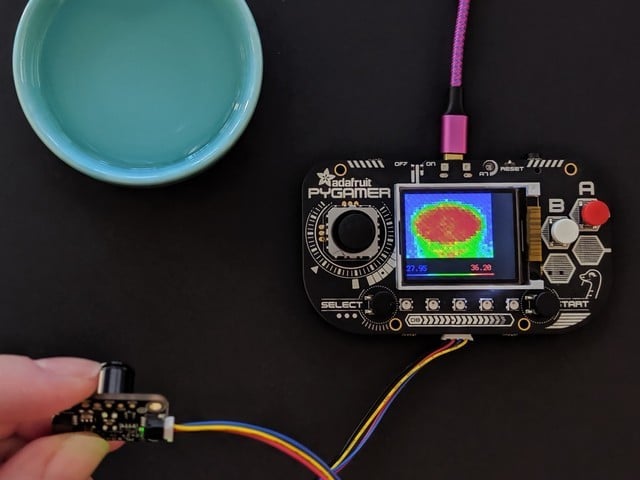 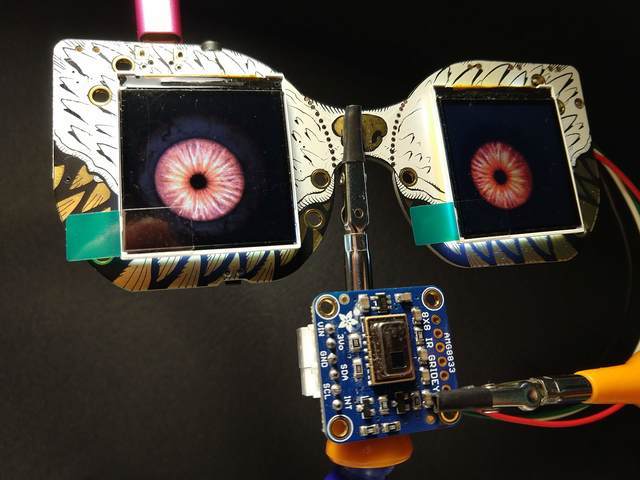 Monster M4sk Is Watching You
By Timothy Weber
19
Intermediate 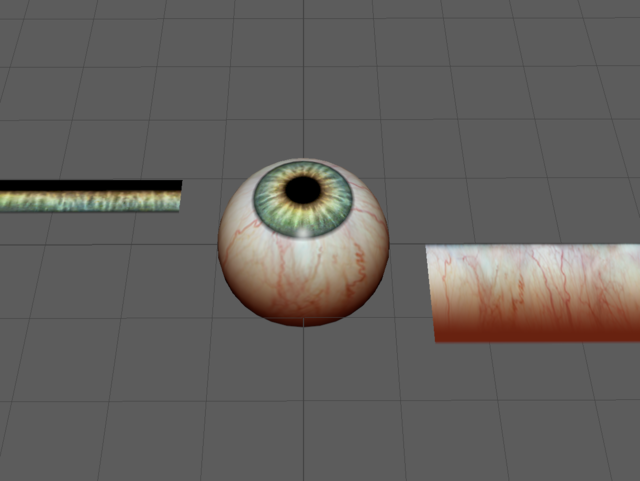 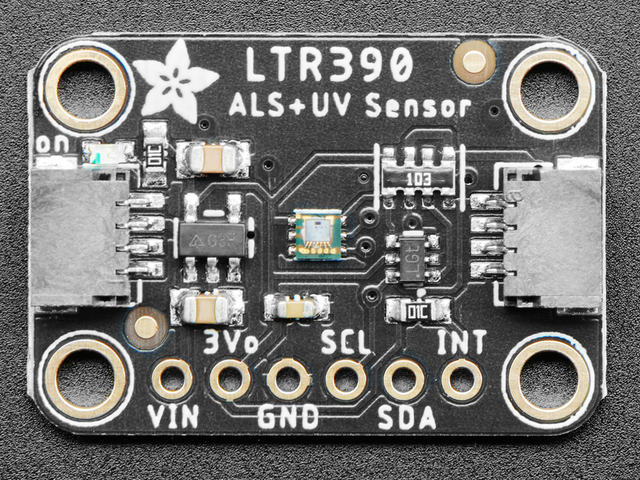 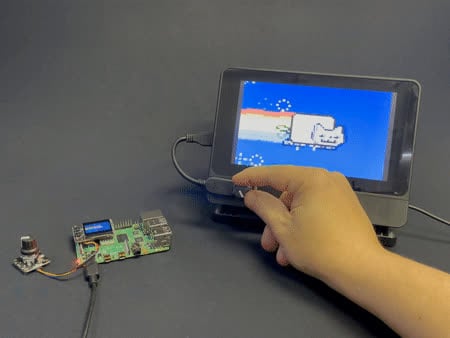 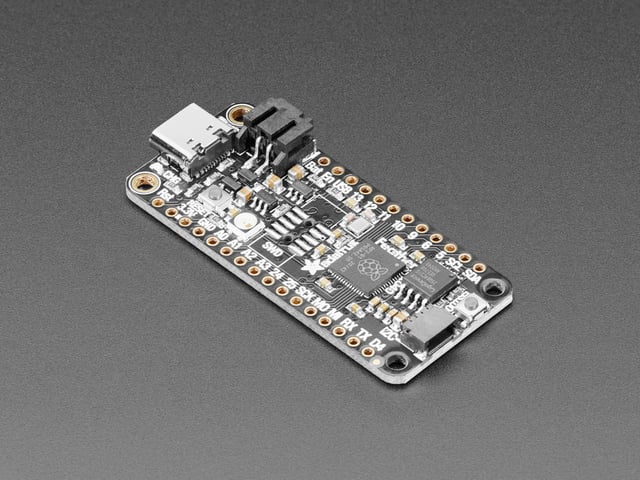 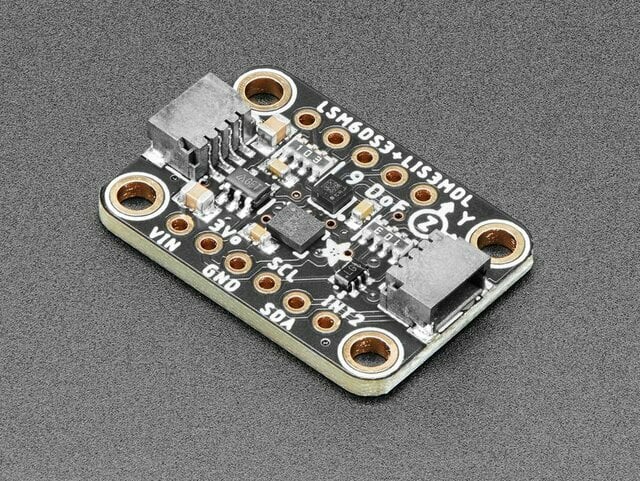