Most every-day AM/FM radios can't tune into theNOAA Weather Radio (NWR) All Hazards network but with RTL-SDR we can! NWR is the national weather alert system, which broadcasts weather data as well as emergency alerts.

Let's tune into the closest weather station to Adafruit Southern California, which is in Los Angeles. You'll want to tune into whatever station is closest to you.

The frequency is 162.550 MHz, type that into the CubicSDR tuner window by hovering over the Center Frequency box and hitting spacebar. 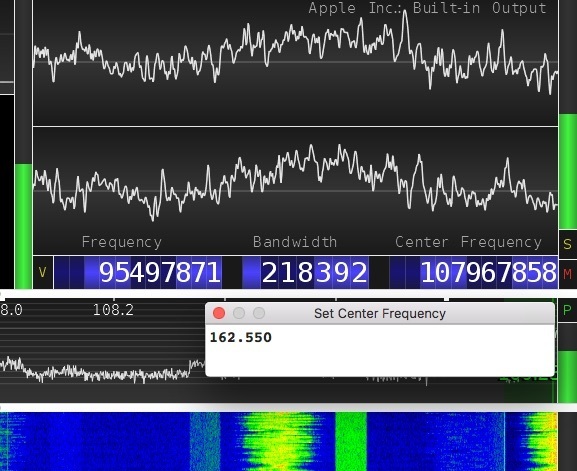 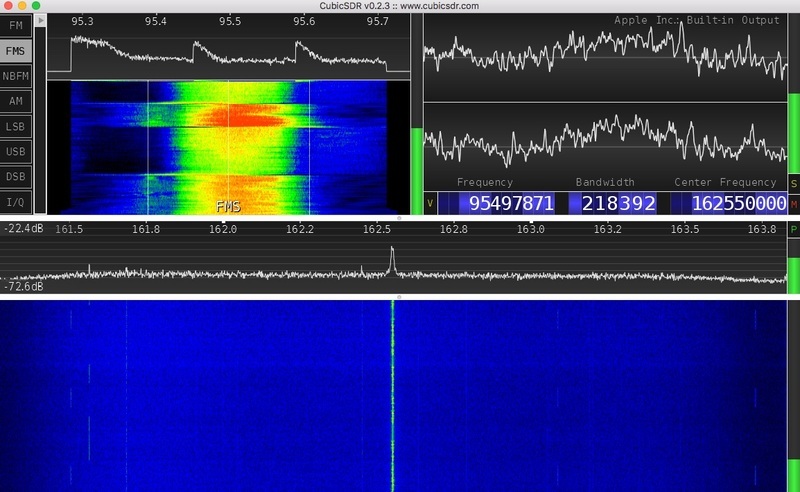 You can see a little peak, its much smaller signal than the FM radio stations. It's also much thinner which makes it a narrow-band FM rather than wideband. Since it's voice, not stereo music, they use less of the frequency band, so select NFM as the decoding type. 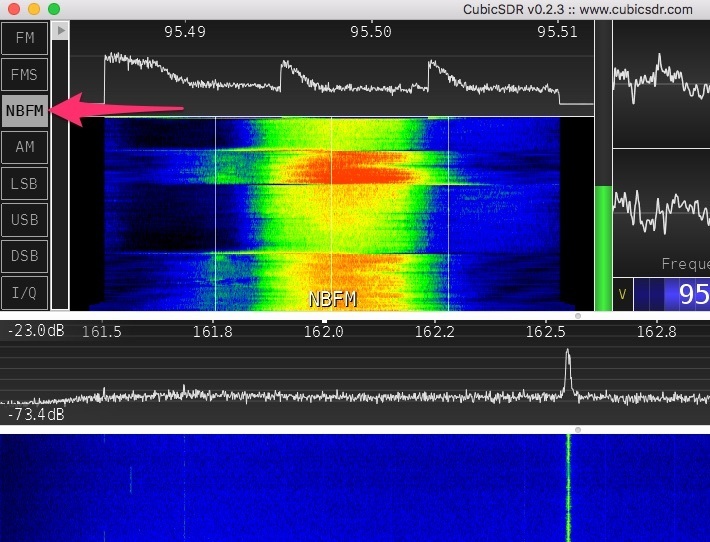 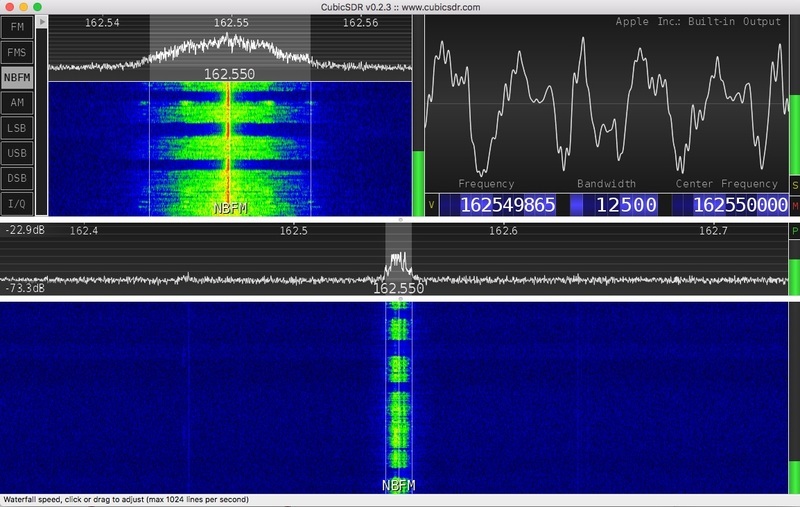 You should be able to hear a computer-generated voice speaking out the weather forecast. It's not terribly exciting but it is very thorough, often giving very detailed reports. The signal continuously transmits so you can tune in at any time!

Now that you have some basic functionality working, try tuning into other frequencies, and trying the different kind of decoding (e.g. CW/AM/NFM) to tune into AM radio! Circuit Playground: F is for Frequency
By Collin Cunningham
13
Beginner 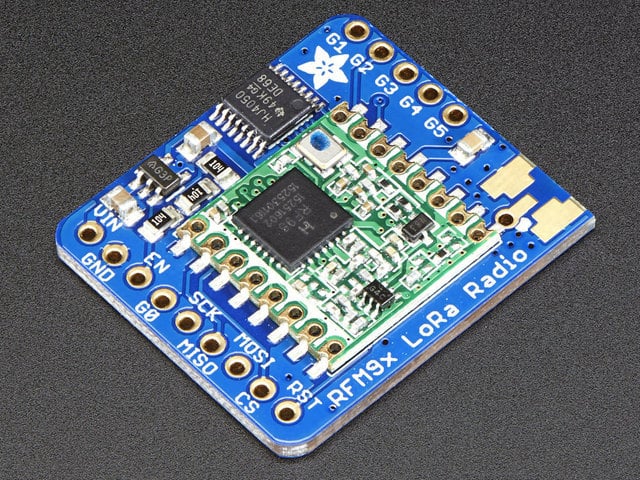