Skip to main content
Getting Started with DrawBot What is DrawBot
Feedback? Corrections? 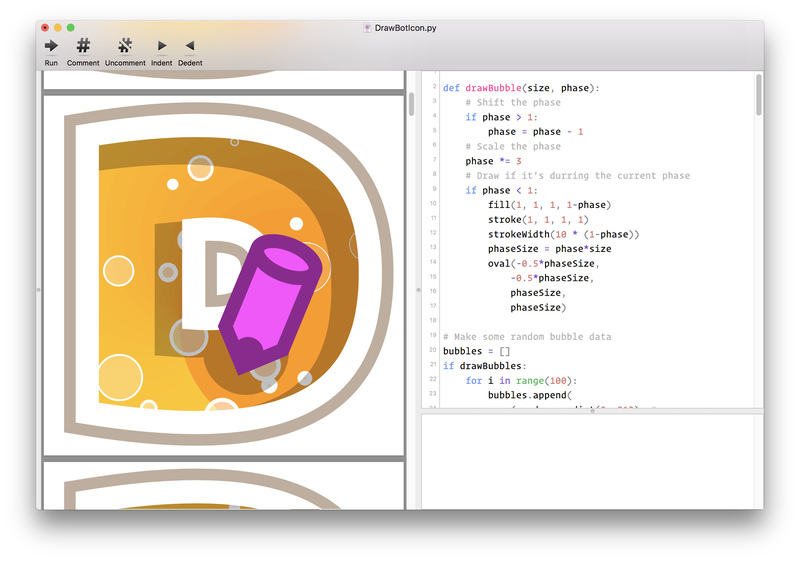 Three are several popular environments for writing code to make images, Processing being a prime example. But as a graphic designer, something that really excites me about DrawBot is that it puts a real emphasis into enabling high quality typography. That and it natively draws vector art that can be saved out as a PDF.

While it's not particularly suited for responding to physical interaction or interfacing with your hardware project, it really excels as a pro-quality design tool. With DrawBot, you can write simple Python scripts to draw vector art into a PDF, save bitmap images in several formats, and even make animated GIFs and movies.

And still, even with its powerful capabilities, DrawBot was still created to be one of the easiest ways to get started with the Python programming language.

If you aim is to learn Python to write code for one of the many CircuitPython boards, the Python language fundamentals that you'll learn by drawing in DrawBot can be applied later to your CircuitPython hardware projects.

DrawBot can be downloaded for free at www.drawbot.com.