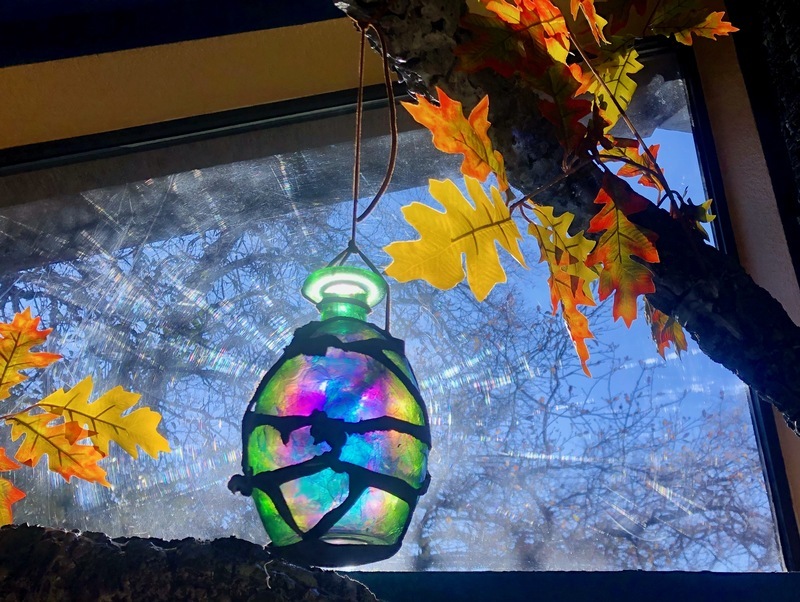 I chose a variety of shapes, sizes and colors for my bottles. I love the look of "theme and variation" this creates.

I ended up using mostly clear bottles, but threw in a few colored ones as well. The colored bottles add another dimension of interest to the final artwork, since they change the look of the LED animations -- for example, the red bottle doesn't let blue light through at all, so it goes "dark" during a mostly blue animation, while any white light animations look red. More variety, less coding!

I covered some of my bottles with Fantasy Film and some with plain craft-store iridescent cellophane. Fantasy film is a product that looks like cellophane, but it's a little thicker, and bonds to itself seamlessly when heat is applied. It works quite a bit better than the cellophane for wrapping the bottles, but the cellophane is much cheaper and easier to obtain -- they have it at most craft stores in the wrapping paper section. 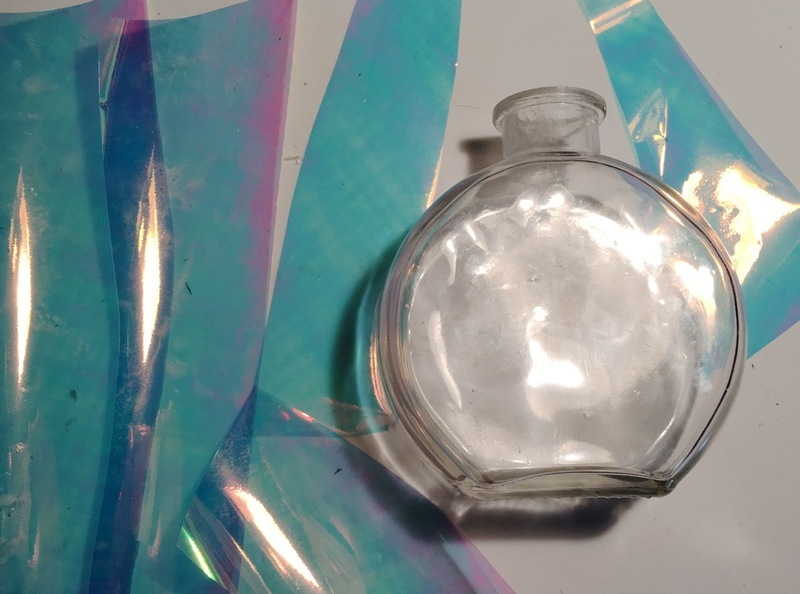 It's easier to work with smaller pieces of fantasy film, since they stick to each other really well. I had more success using a big piece of cellophane and gently shrinking it to cover the whole bottle. 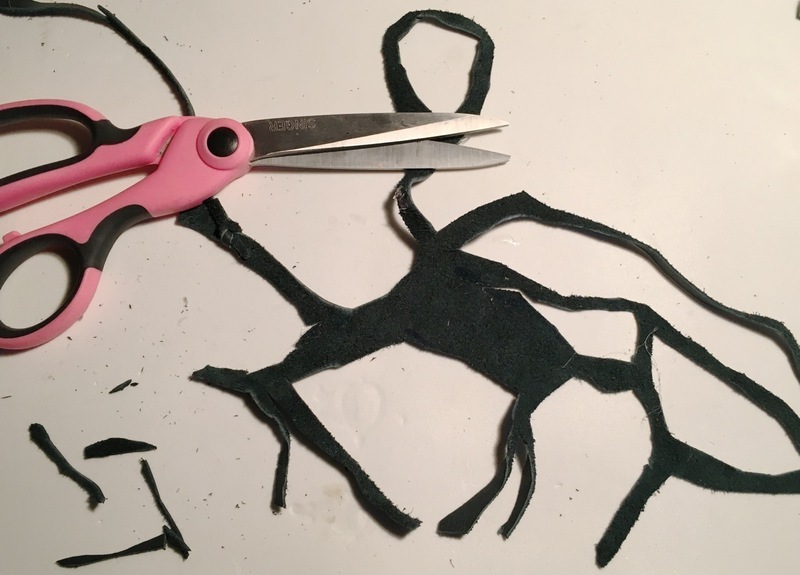 Cut a bunch of strips into your leather scraps and artfully wrap it around the bottle, tying and gluing as needed. I left a few long strips and a long strand at the top, securely wrapped around the bottle's neck. This will bear the weight of the bottle and tie to a tree branch, so be sure it's secure. It's a much better idea to hang the bottle from the leather than from the wires, which will break if you tug on them too hard. 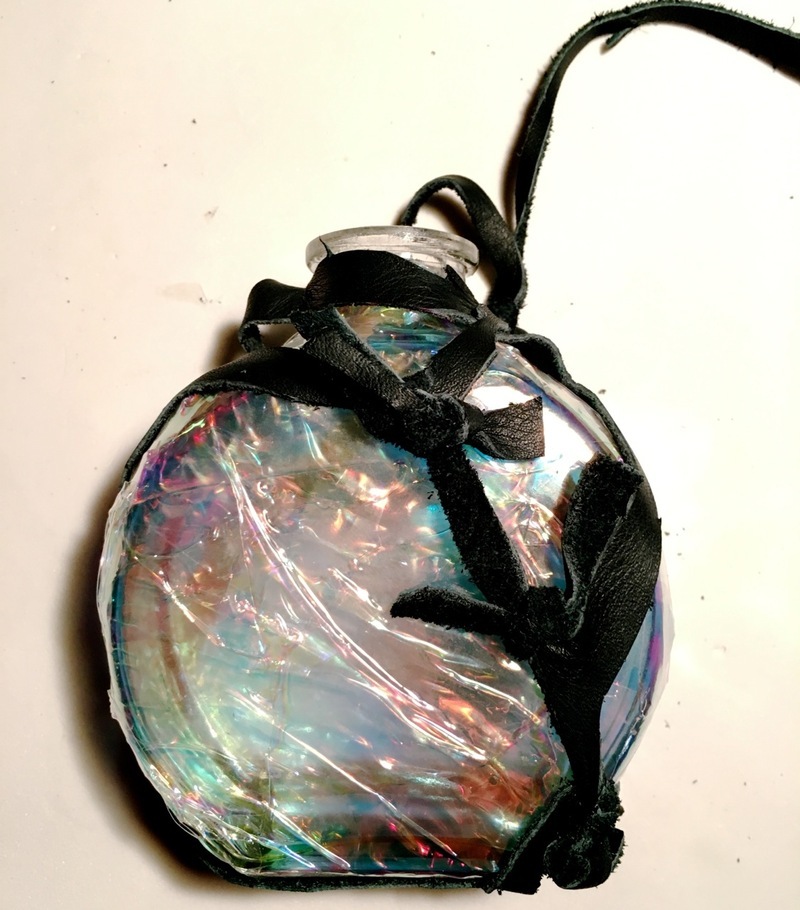 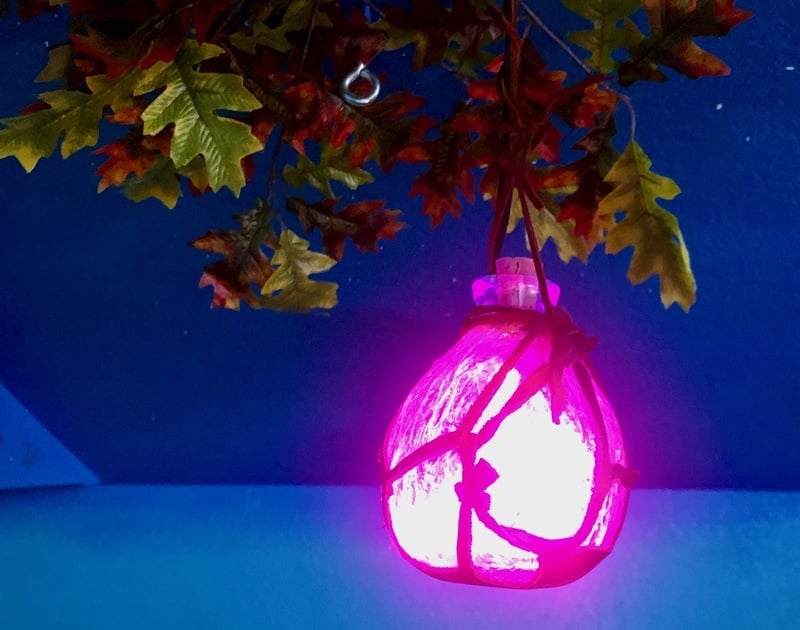 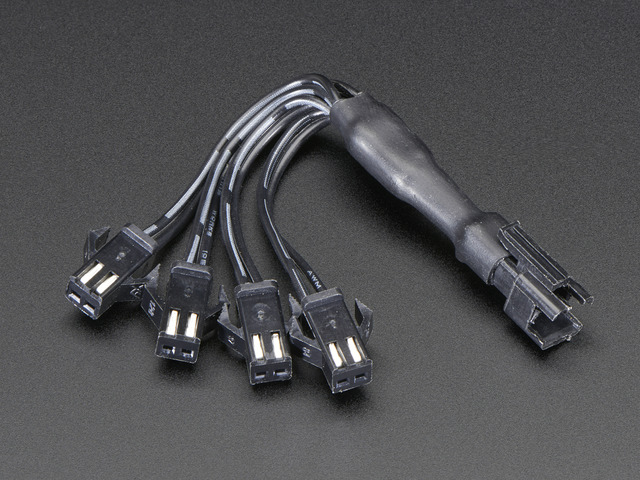 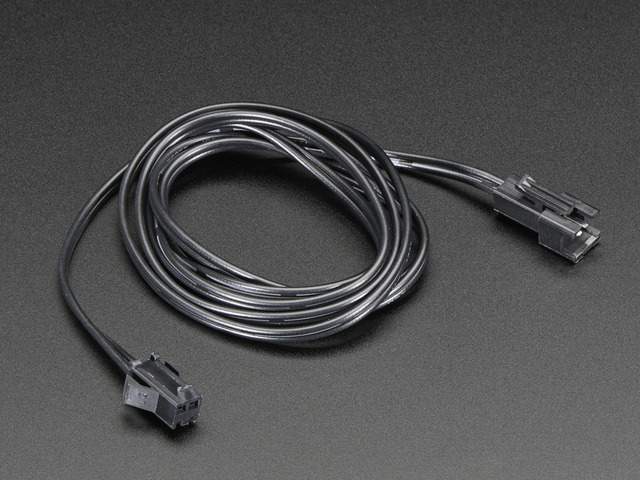 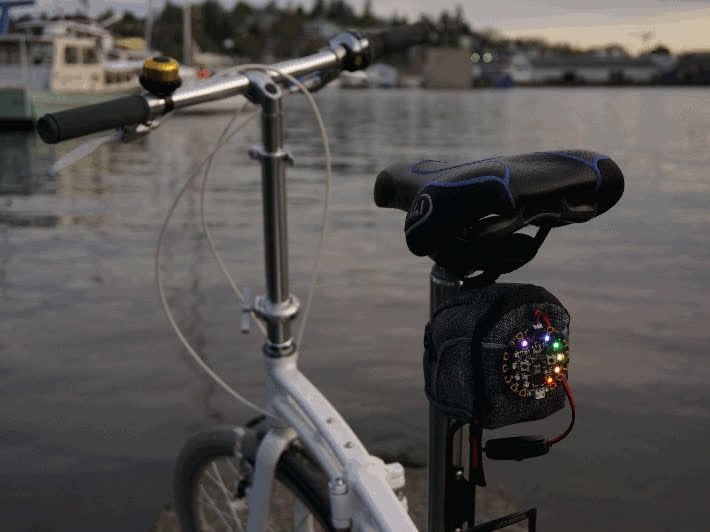