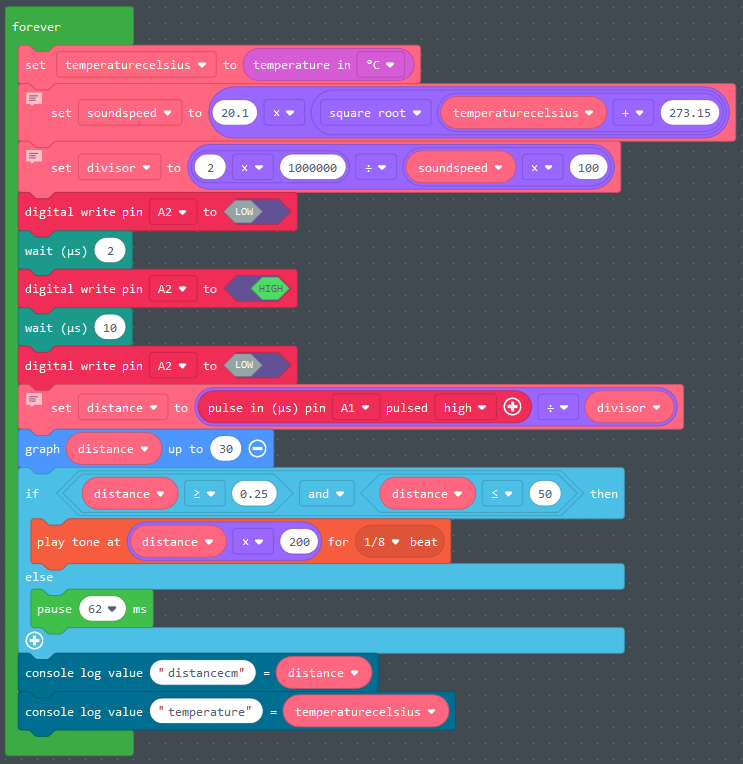 This code introduces a new variable to store the temperature read from the thermistor in degrees Celsius. The speed of sound is then calculated using a formula. The number 273.15 may be familiar - it's being used to convert the temperature to Kelvin.

The temperature is also logged to allow it to inspected to ensure the value is reasonable and accurate.

A good question is whether the temperature needs to be calculated every time a new distance is measured. As temperature does not typically change much this could be performed once. A single calculation would be problematic if the code was expected to run for a long time or the temperature was expected to change rapidly. At the cost of increased complexity of code, one compromise solution would be to calculate it periodically with the period based on the likely rate of change. Sample rate decisions like this become more relevant when the calculation is more intensive and there are limited resources. 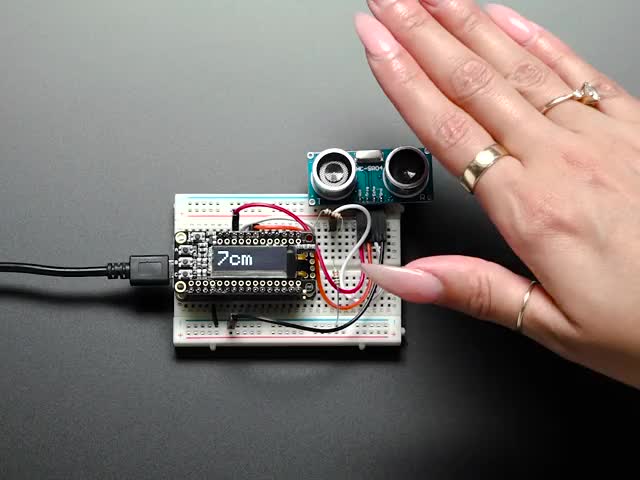 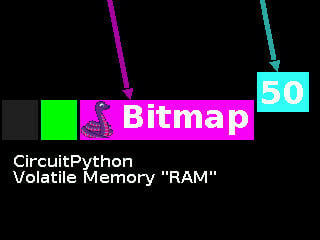 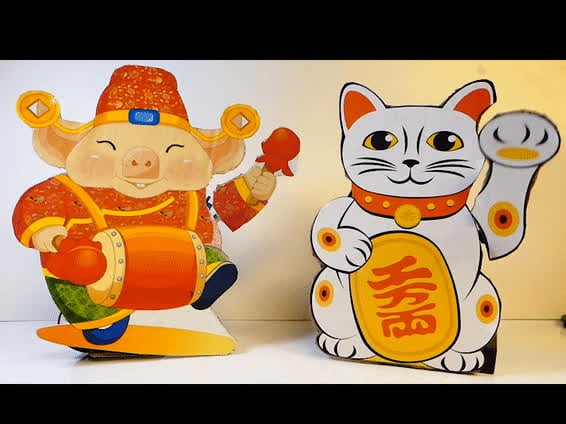 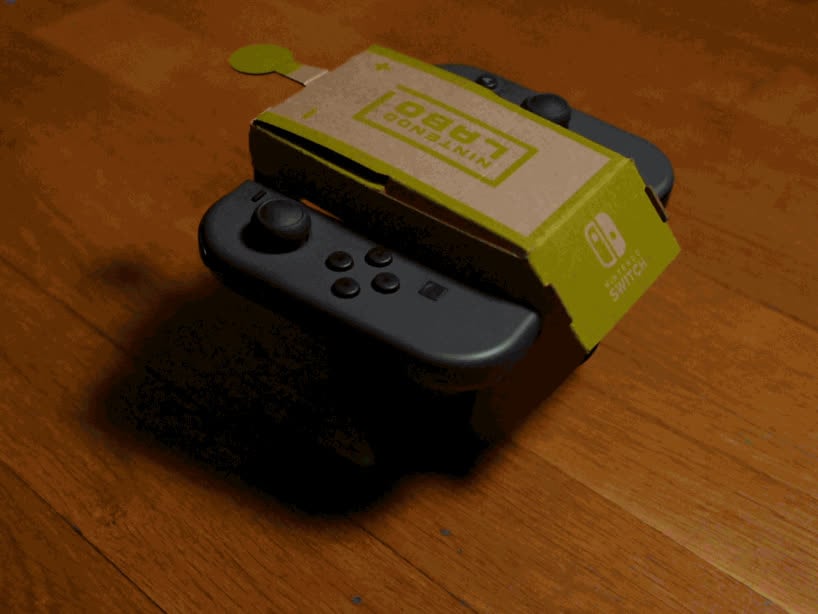