An aside: shorty stackers

I really like the shorty headers from Adafruit for working with Feather/wings. They save quite a bit of space between boards that would otherwise be wasted and just make the assembly bigger than needed. After trying them on a few projects, I now keep a drawer full in stock for use in most, if not all, my Feather based work.

PRODUCT ID: 2940
These two Short Female Headers alone are, well, lonely. But pair them with any of our
$1.50
IN STOCK
Add to Cart

PRODUCT ID: 3002
These two Short Male Headers alone are, well, lonely. But pair them with any of our
$0.50
IN STOCK
Add to Cart

There are great if you just need to stack a wing on top of a Feather, but to go beyond one wing you need stacking headers. However, it seems that short stacking headers aren't a thing. So I did as makers do when they can't find what they want... I made my own. This project turned into a series of these "make it yourself" sub-projects.

First, do like you would when using the male headers. Before you start soldering, slip the pieces of female header in place from the top. Be sure that each header is on the same side of the matching pins that go through the board so that the spacing will be correct. I.e. don't put both on the outside or on the inside; you'll want one on the outside and the other on the inside. It doesn't matter which is which. 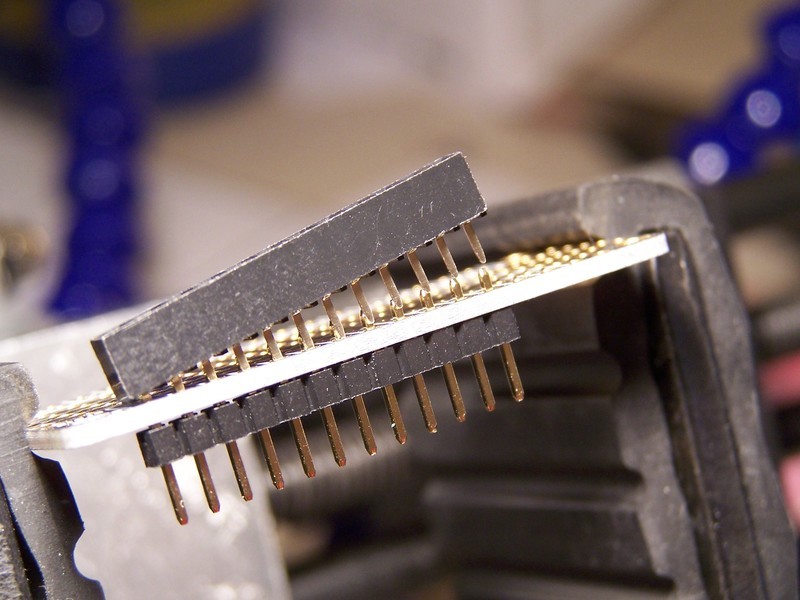 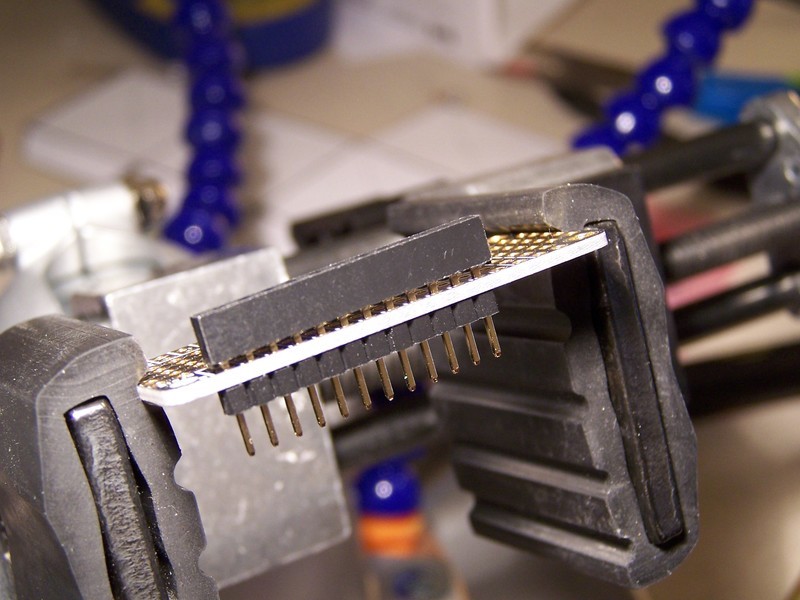 Now the tricky part. Using a iron with a thin tip (an SMT tip works well) carefully poke in between the female header strip and the board to heat the header pins. Then touch solder to them and let it wick into the hole and join the two pieces of header together.  It takes a bit of practice but it's pretty easy to get a good connection. Be careful not to melt the header too much; you're bound to melt a bit here & there. It might look a bit nasty, but as long as it works, right? 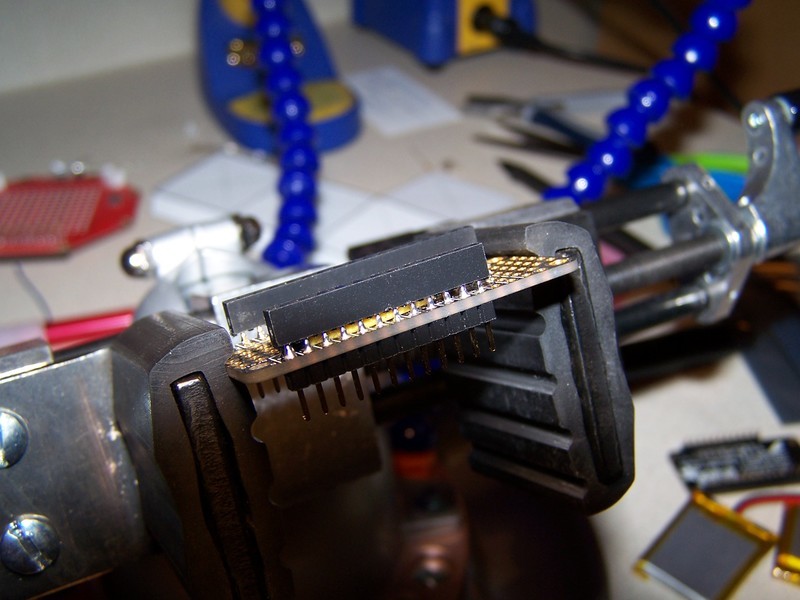