What is a pull-down resistor?

The resistor being used in this project is really important. It's used to pull the input pin, #14 down. This makes it so that the button doesn't appear to open and close a bunch when it isn't pressed. If you were to switch the red and black wire, it would be pulled up, which would make it show up as 0 when pressed and 1 when not pressed, as opposed to a pull-down which is 0 when not pressed and 1 when pressed.

Resistors used to pull should not be too low, which would short the circuit and always show True, or too high, which would be effectively the same as no resistor at all. Generally, resistance values between 1K and 100K are used, but nominally just use 10K.

Feel free to play around with this yourself once you've set it up with WipperSnapper. If you disconnect the GND wire completely, you'll notice that the state of the button switches back and forth really fast and you get rate limited quickly. Also try switching the red and black wires so that the red one is connected to the resistor and the black one is connected to the lower right pin of the switch. You should see it show up as closed when it's open and open when it's closed. 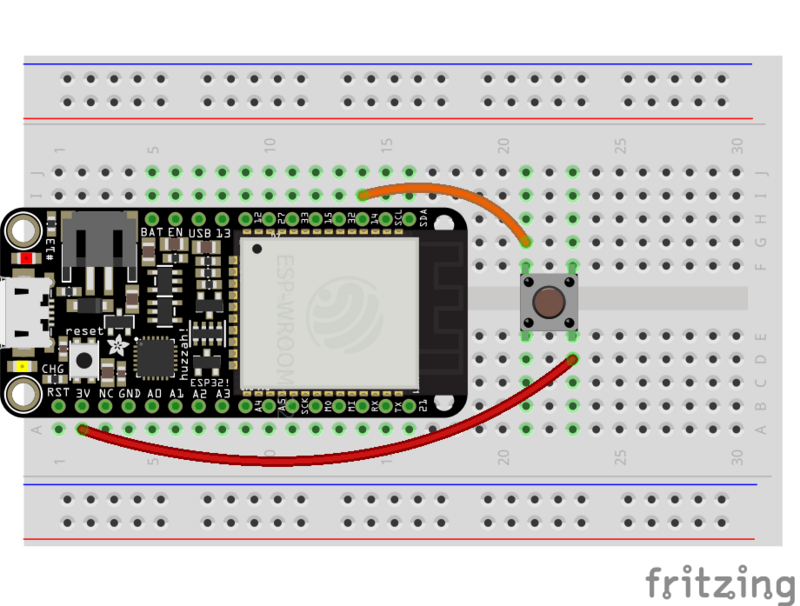