The primary goal is to run the two motors at different speeds, with the ability to adjust one motor's speed and direction while the other remains constant.

Here are some of the ways we can achieve that goal: 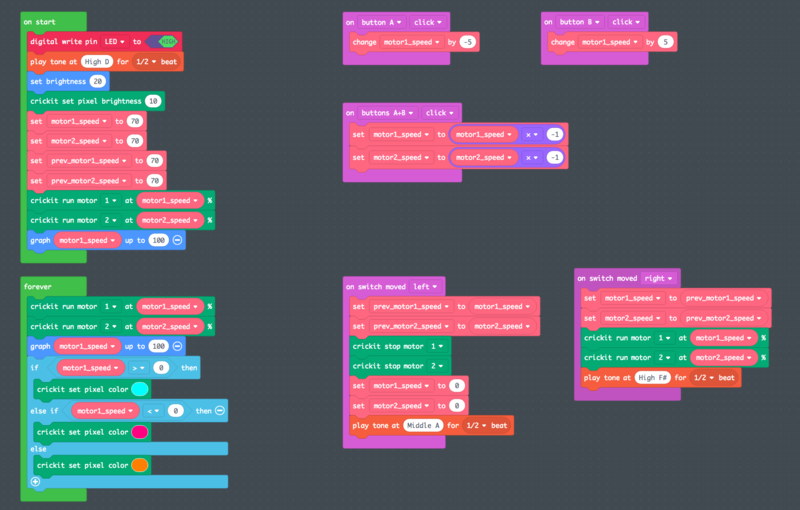 You can replicate the blocks as shown, and customize it if you like.

When you're ready, plug in your Circuit Playground Express and upload the code to the board. Next, we'll make some drawings! 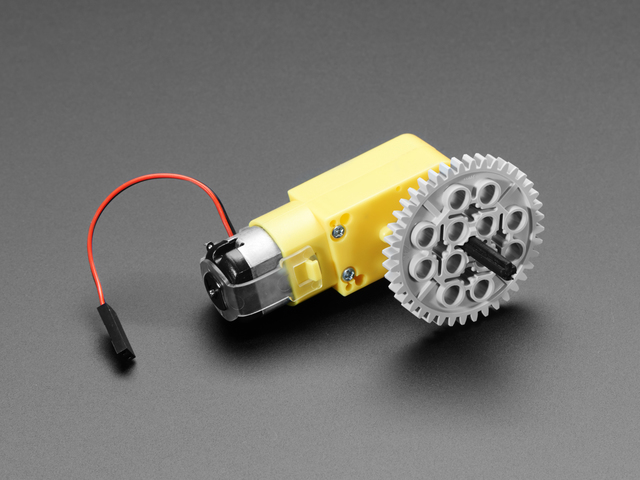