The PyPortal library, which is what inspired this library was written as a single layer which had the advantage of making it really simple to use for a certain type of project and it worked well for the PyPortal because the hardware setup varies very little between the different models. For the MatrixPortal with having a variety of different panel sizes and other possible configurations, it made more sense to break everything up into layers. 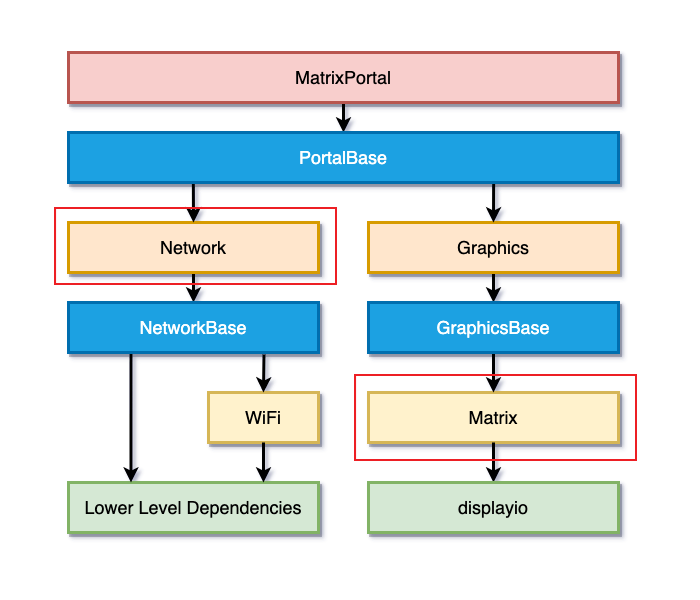 In general, you will likely want at least one of the Graphics layers and optionally one of the Network layers. 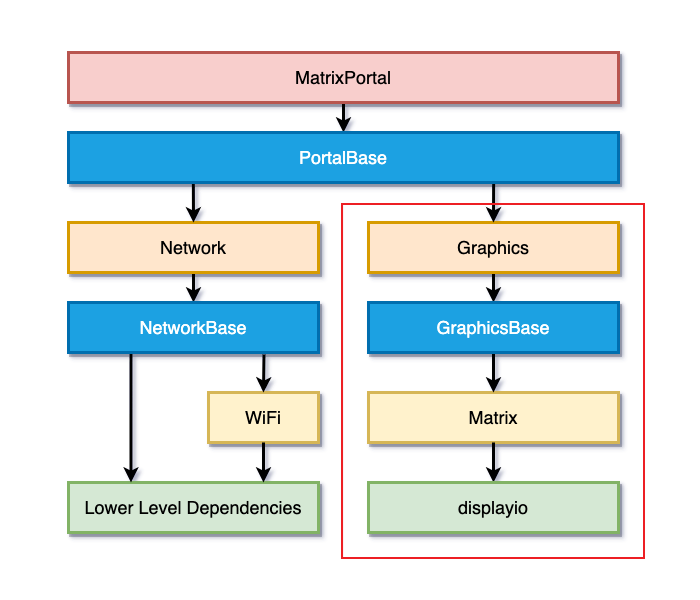 For instance, if you wanted to only have the RGB Matrix automatically initialize, you could just use the matrix layer of the library. If you wanted additional graphics functions too such as easily drawing a background, you could use the graphics layer instead. 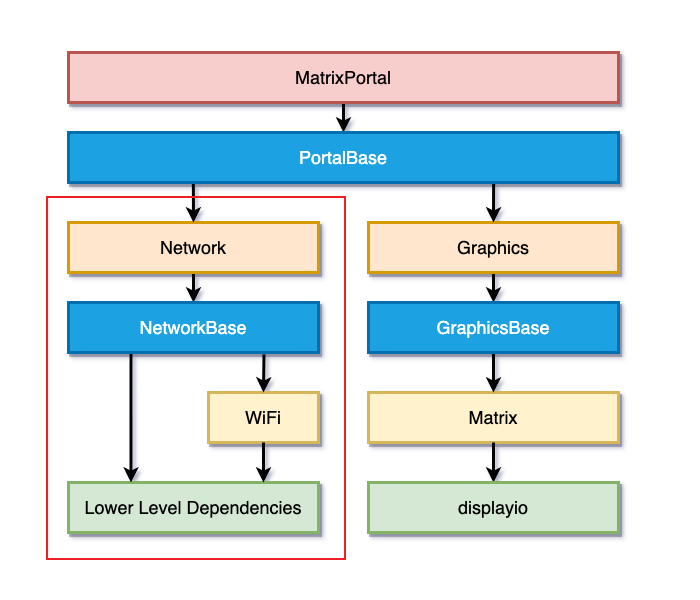 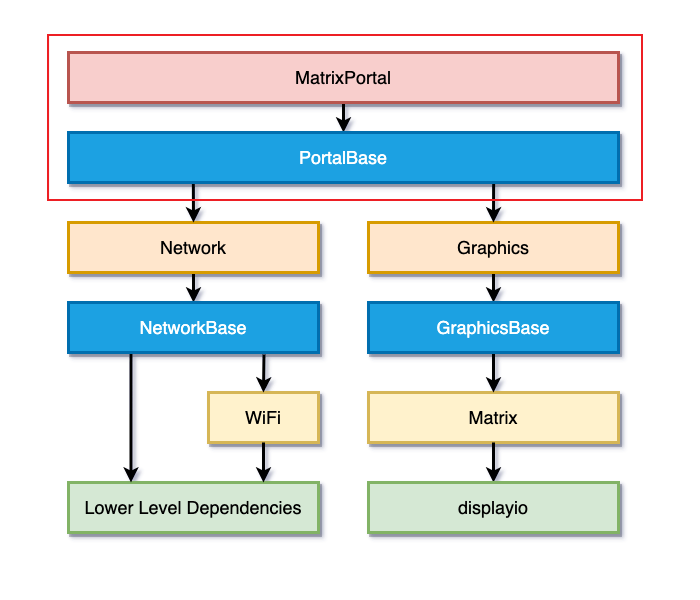 If you wanted everything along with some great functionality that ties both legs of the hierarchy together or you were porting a project from the PyPortal library, then you would want the very top layer, which is the matrixportal layer. This layer was intended to be similar to the PyPortal's single library, but with some notable differences, which we'll cover in this guide.

To only import sub-layers such as the Graphics and Network layers, you would import it like this: 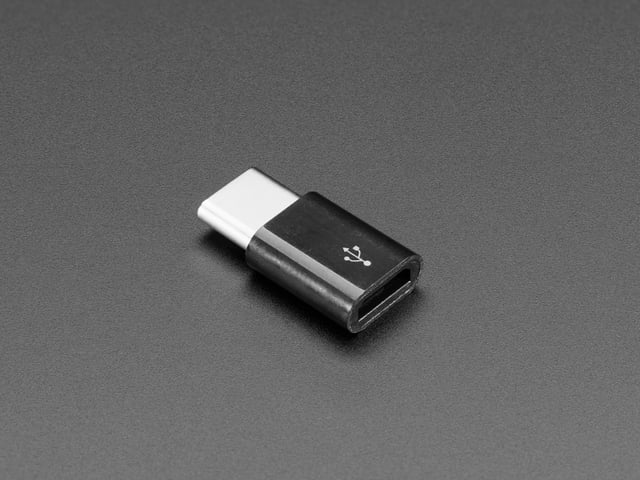 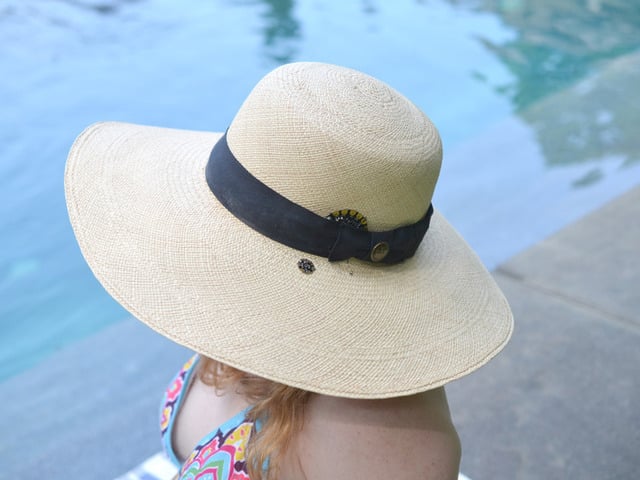 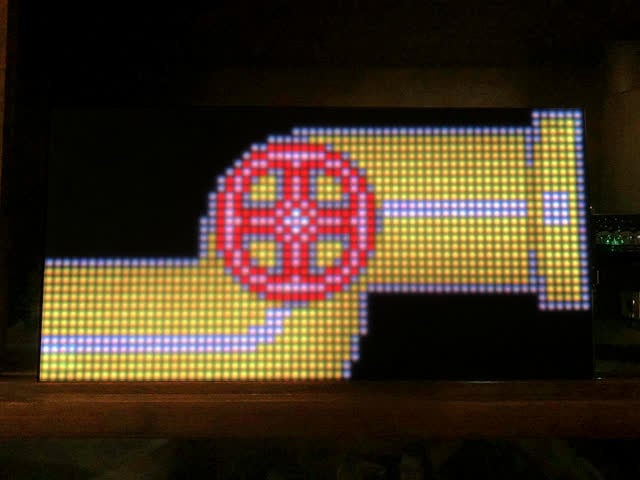 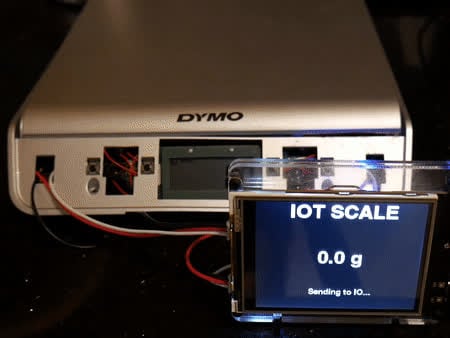 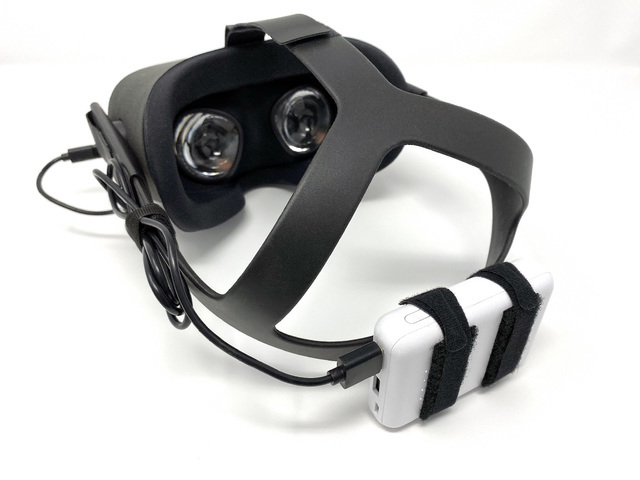