In this guide we'll build an descent vehicle of the sort you might see on a documentary about JPL landing probes on Mars, though nothing so elaborate as the Sky Crane that was used for Curiosity's entry and landing. We'll use a Circuit Playground Express to control a couple small, lightweight servos to deploy wings that will slow it's fall.

What's cool about the Circuit Playground is it has an accelerometer built in, a sensor that can detect motion/movement/tilt. It has the ability to detect when it is in free-fall (gravity is an acceleration!) and when its still. This lets you deploy the wings automatically! 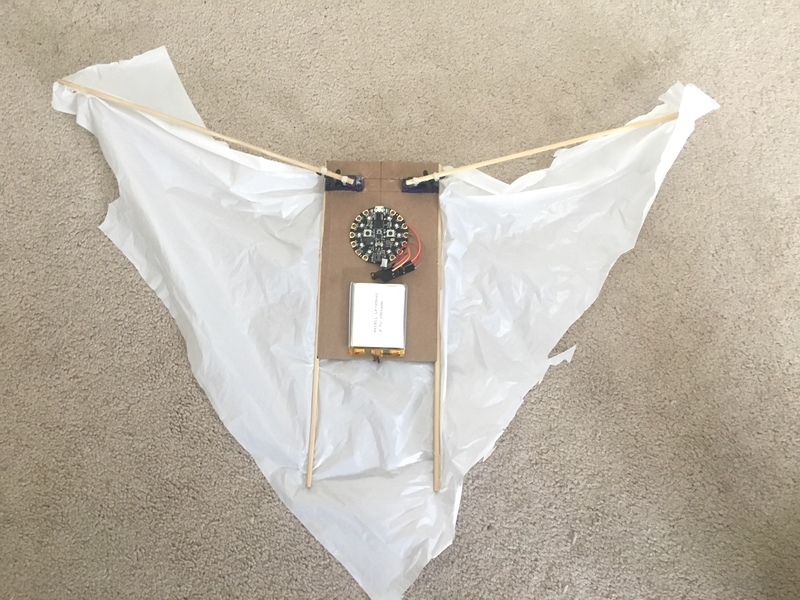 All about the power packs that propel your projects!
lady ada

73
Beginner
Huff and Puff and Blow this House Down!
Dano Wall

Allows your plants to let you know when they need a drink.
Anne Barela