To make a long story short, several years ago I ran out of space for electronics projects on my desk, and I looked to the wall as a new frontier.

In previous decades, I had spent a lot of time building computer systems in large metal "tower" cases. With the advent of hacker board computers like Arduino, BeagleBone, Raspberry Pi and others it has become possible to assemble computer systems that are so light, they hang on the wall. So that's what I did. 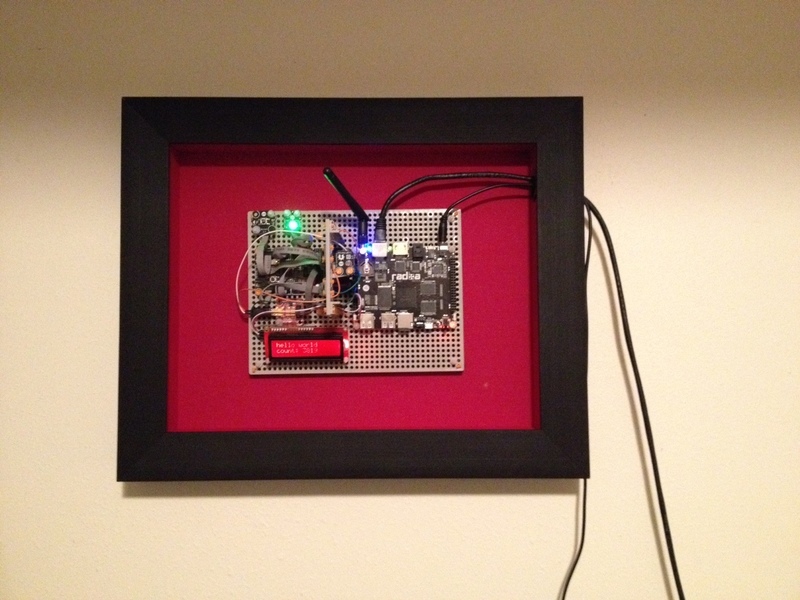 My first few attempts were pretty clunky, as shown above. I would first assemble a functional computer system on a plastic base with a grid of mounting holes. Then, when I decided the system was basically working I would fit the plastic base into a wall-hanging frame.

Later I started to think about designing characters and scenes on the canvas. I had sometimes seen collage-style wall-hanging art incorporating non-functional parts, like chips, wires, connectors, etc. But I had never seen wall-hanging art that used functional computer systems, so I decided to delve into that niche.

You can find more information about the projects pictured here in my GitHub repos, like GuitarThing, ShipsAtSea and fold.

At one point I thought ... what about a Kickstarter? Can this thing be scaled up? Will big manufacturers like Lenovo or Apple wake up and realize the wall is the new frontier for computing? (Nest is one answer to that.)

I ruled out a crowd-funded project. Overall, I don't really want to be involved in a manufacturing operation. What I enjoy most is designing each new system in some way different than what I've done before.

The process of thinking about scaling up the operation also caused me to reconsider the basic concept of computers on the wall and try to distill it to its most fundamental essence. For example, I wondered what is the minimal viable wall-hanging canvas enclosure computer system that could be easily assembled and shipped in quantity? I named my answer to that question the CompuCanvas model A0. 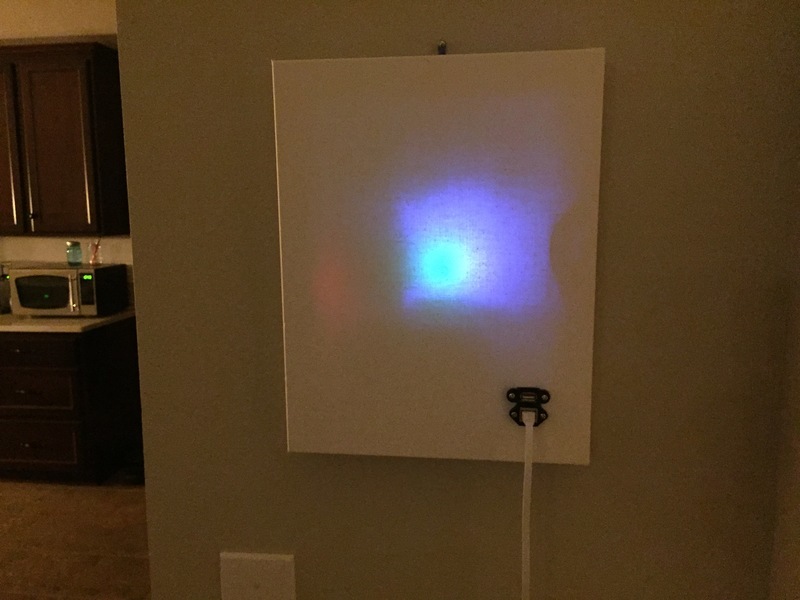 Here are some of the design ideas and lessons learned that guided the 'CompuCanvas' concept:

Even with constraints like outlined above, there are a multitude of possibilities. And these rules may be bent or broken as necessary to achieve even more. 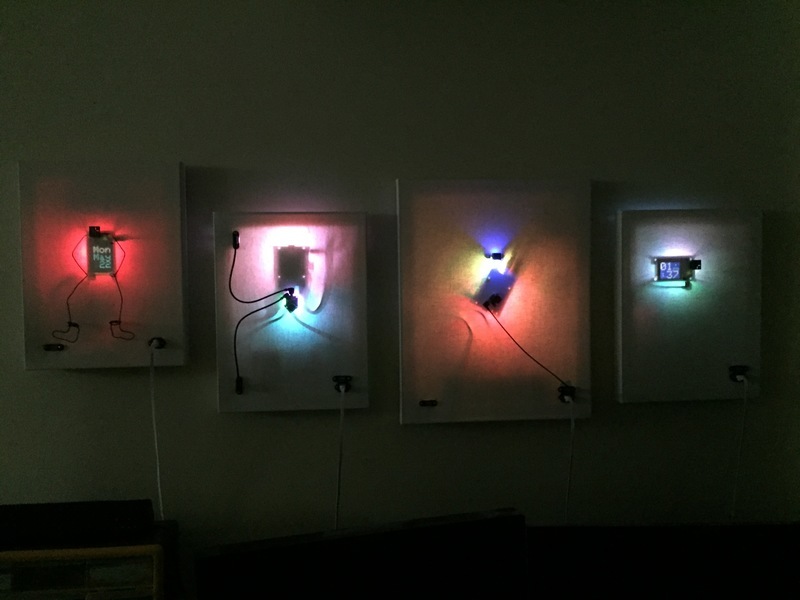 Over time I've experimented with a lot of different parts and arrangements, but I still have barely scratched the surface of ideas. 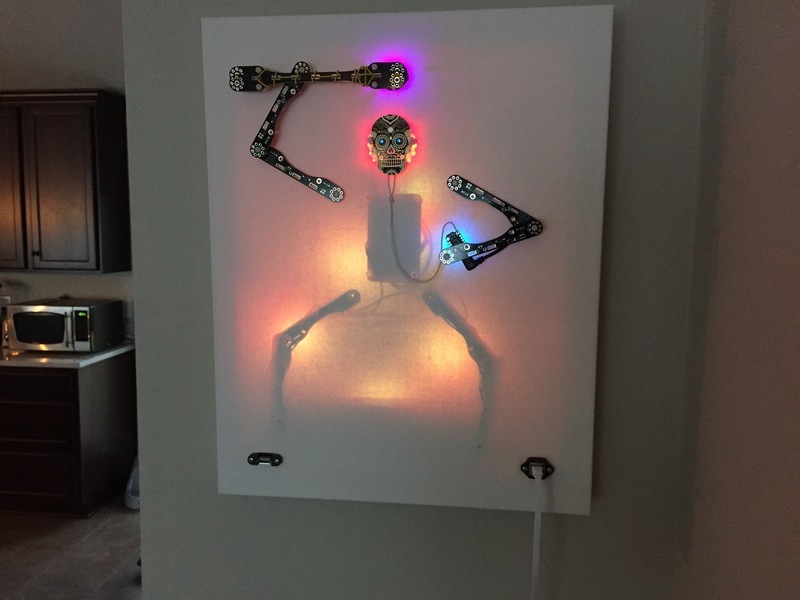 For this guide, I'll walk you through the process of constructing a CompuCanvas type system. I will present a primary path you can follow as well as some alternate routes you may explore.

We'll start by creating a plain enclosure style CompuCanvas housing a Raspberry Pi 3B and a speaker, as shown below. 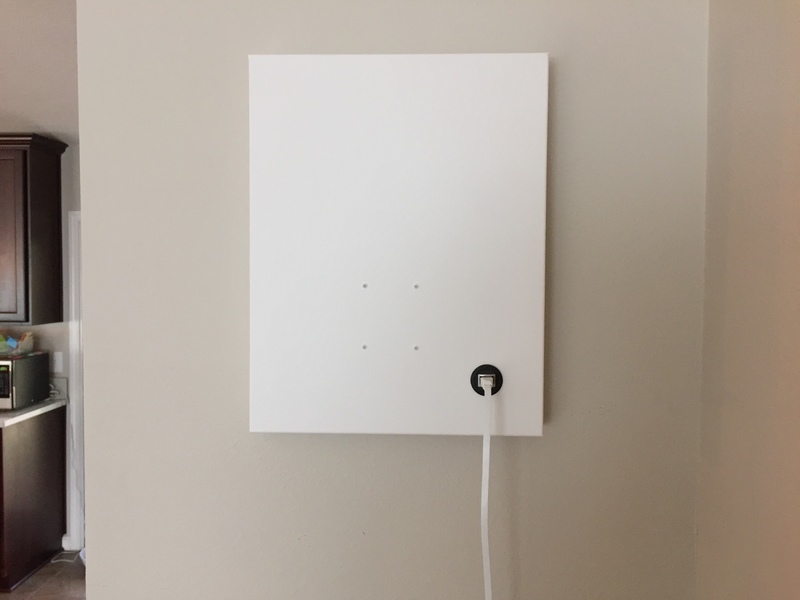 After that I will look at several variations on placing lights inside the canvas. One example of this is shown below. 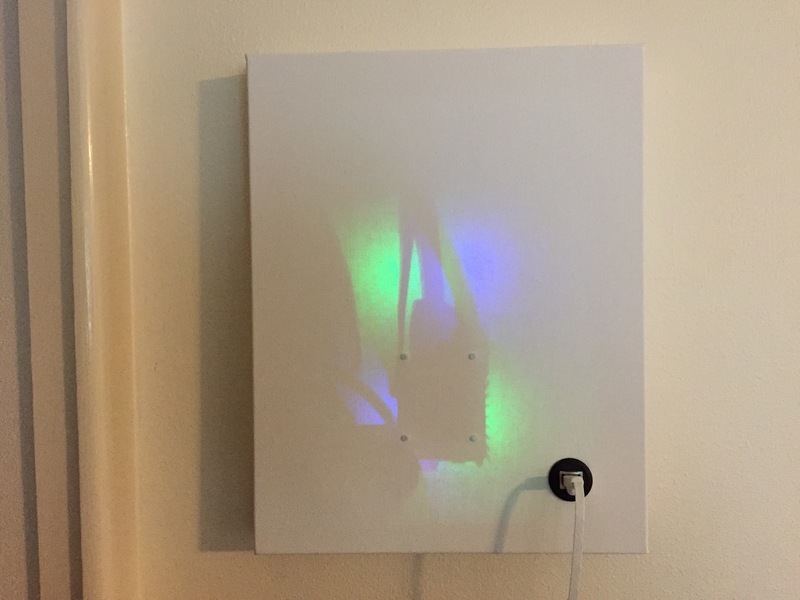 Finally, I'll show how to make USB transitions to the front of the canvas to add external features with illumination. 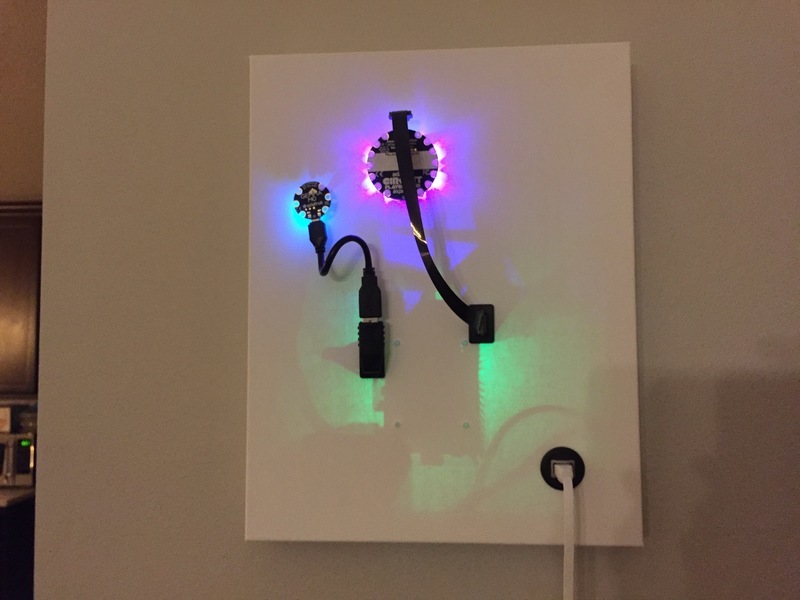