Skip to main content
Commodore 64 - The Most Popular Retro Computer of All Time Emulation
Feedback? Corrections?

There are tons of C64 emulators for a variety of computers. For this tutorial, let's use VICE - the Versatile Commodore Emulator. It runs on pretty much everything: Windows, Mac, Linux, Android, DOS, BeOS, QNX, OS/2, and many more. It can emulate most of the computers Commodore made, including the 64.

I'll be using the Windows build for this guide, but they're all similar. Get the GTK3VICE build if you're using Windows. Extract and run x64. 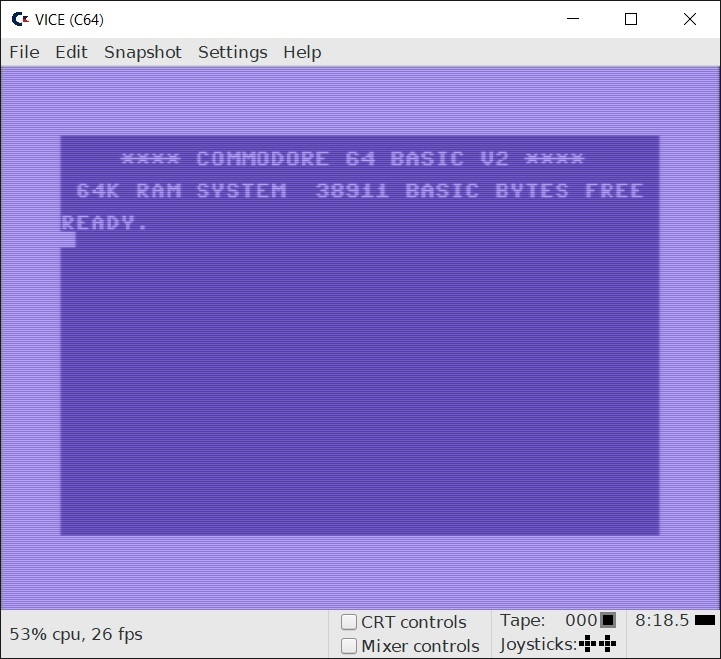 The system starts up in BASIC. You can try some things for fun: 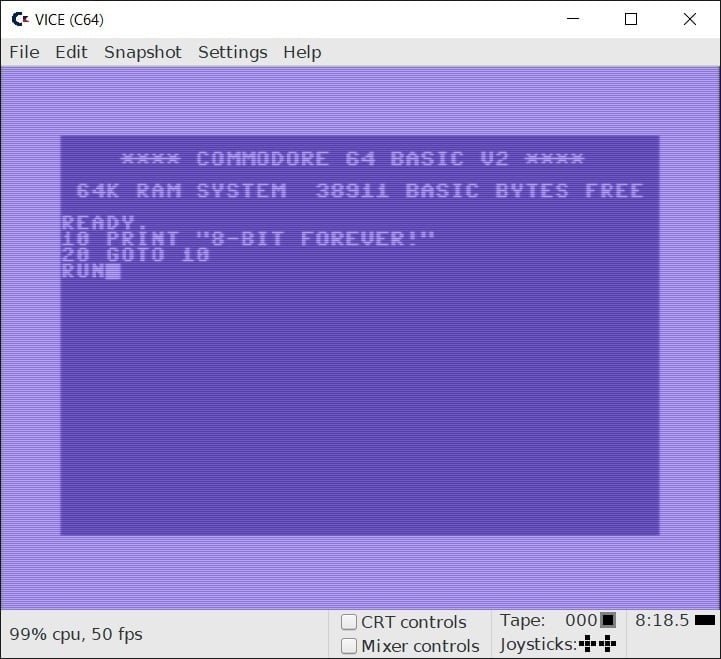 Go to File, Reset, Soft Reset to get back to the start. On a real C64 you can press the RUN/STOP button to stop the program.

Next we need some software, and there are a lot available. Let's pick a demo to start: https://archive.org/details/Desert_Dream_2007_Chorus_Side_A. Click Show All under download options, then get the two d64 files. D64 is the extension commonly used for a C64 disk image.

Demos are programs written to push the limits of the system and show what can be done with limited resources. By using complex programming tricks and using the system in ways the designers never even thought of, demo programmers accomplish some crazy effects.

Once you have the d64 files, in VICE to go File, Attach Disk Image, Drive #8. Select the Side A image and click Autostart. On macOS and others you can run it from the command line in the tools folder, ./x64 Desert_Dream_2007_Chorus_Side_A.d64. 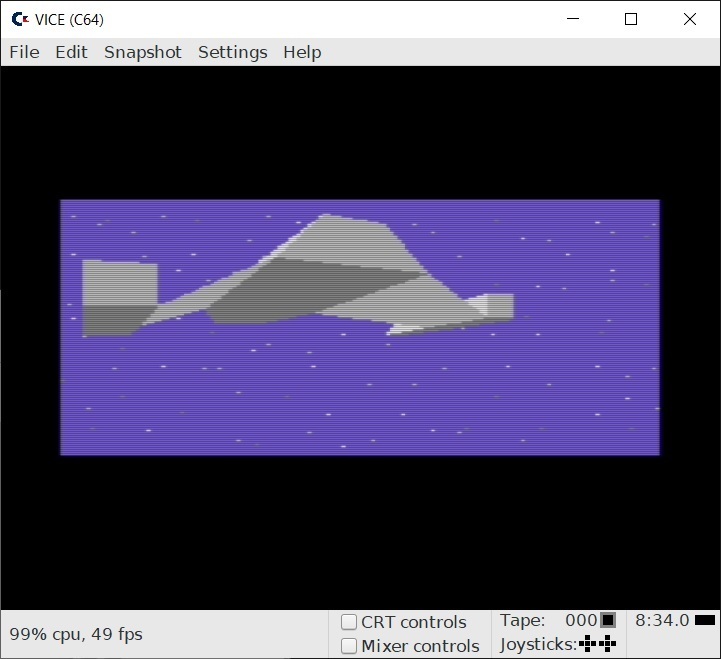 3D graphics, cool music, and voice samples on a machine from the early 80s? Pretty impressive.

Check out this demo released in 2000:

While it may not seem that advanced when you're used to modern 3D graphics and sound, most of these effects shouldn't even be possible on the C64.

There are many thousands of demos, programs, games, and other software for the C64, so we won't go over all of that here.

You can also write your own programs! Let's take a closer look at the built-in BASIC.