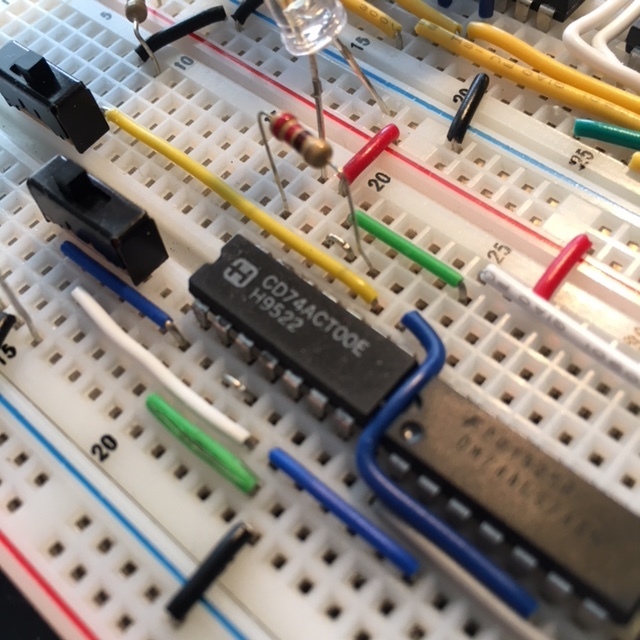 A combinational logic circuit is a circuit whose outputs only depend on the current state of its inputs. In mathematical terms, the each output is a function of the inputs. These functions can be described using logic expressions, but is most often (at least initially) using truth tables.

Logic gates are the simplest combinational circuits. As we saw in part 1, their output is a very simple function of their inputs describable with a very simple truth table. Naturally, the more inputs there are, the larger the truth table.

This part of the series will have a look at some general classes of combinational circuits and some representative chips from each class.