Begin by preparing the snow globe. First, you'll fill it nearly to the top with distilled water. 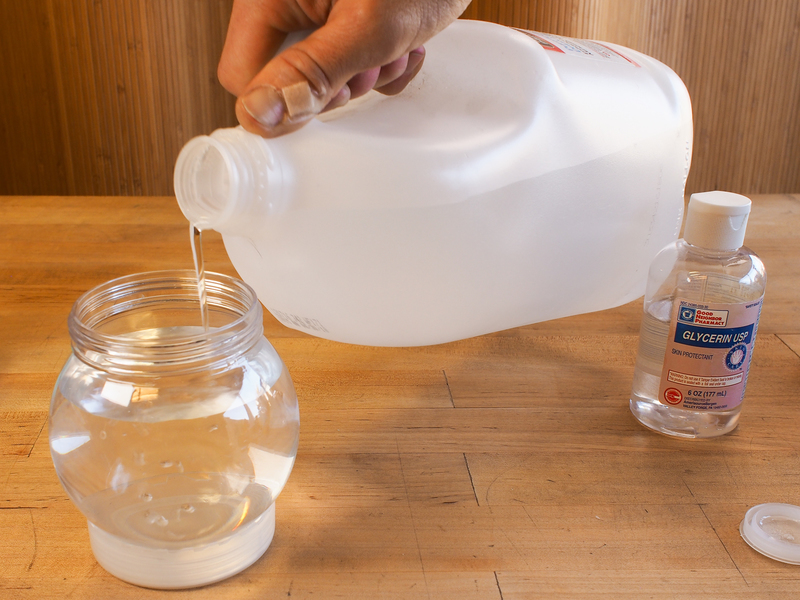 Next, to make the water more viscous, and give the glitter snowflakes more hang time, add 2 tsp. of glycerin to the water and stir it up well to incorporate. 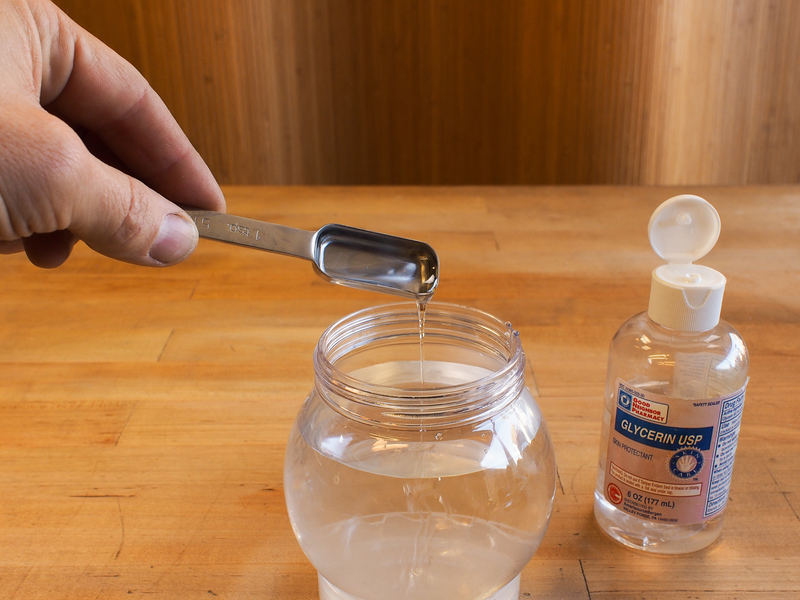 Now, it's glitter time! You can choose the color and amount to suit -- I used 1 tsp. of white and 1/2 tsp. of silver. Add it to the water and stir. 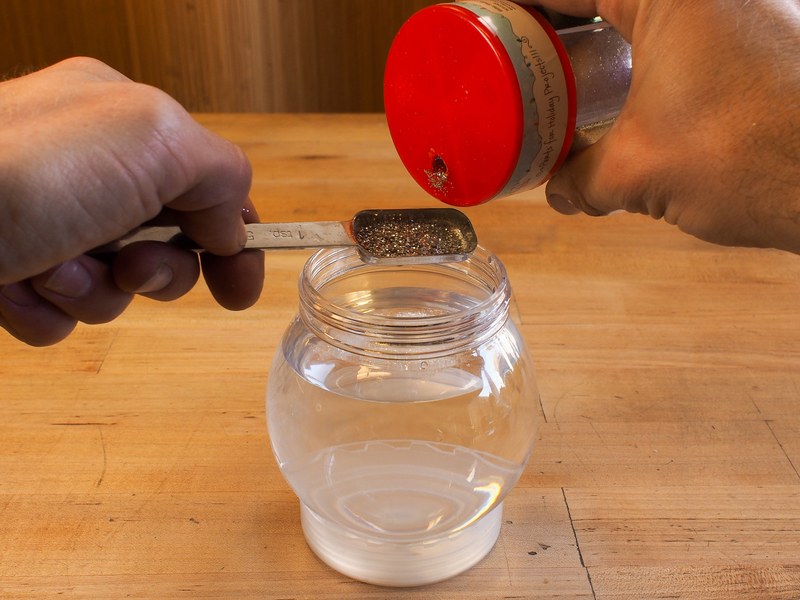 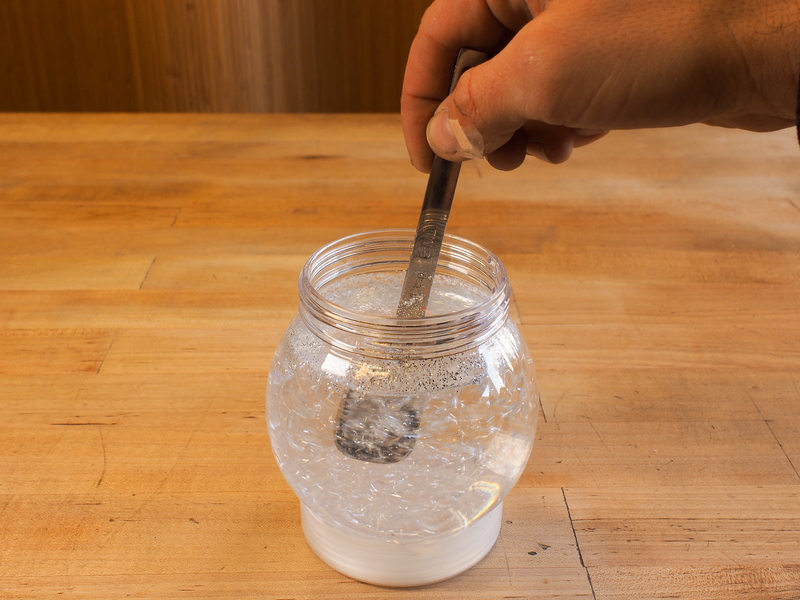 Next we'll add the electronics to the globe. The lid area is completely dry -- separated from the globe's water by the plug, which we'll add later, including an adhesive seal for safety.

Using a screwdriver, remove the belt clip from your AAA battery pack. We'll used the pack as a base, so we need it to be flat.

Insert the batteries into the pack and close the lid.

Connect the JST plug to the Circuit Playground Express and then affix the board to the inside of the lid with double stick foam tape.

The lid and Circuit Playground Express are now ready to be screwed into place later, once we've added our figurine to the snow globe.

You can choose anything water resistant you like to display within your snow globe! LEGO figures, tiny horses, a collection of cursed D20 dice, it's really up to you!

I decided to 3D print an AdaBot figurine. This one was created by the Ruiz Bros. for the Adafruit Chess Set. I modified the base slightly to that it would be a smaller diameter and allow more light in from the bottom, as that's where our NeoPixels are.

After printing, I painted Adabot's lightning bolt and eyes with some acrylic paint and a small brush, then sealed it with spray lacquer when it was dry.

I used a bit of CA glue to join the two halves. 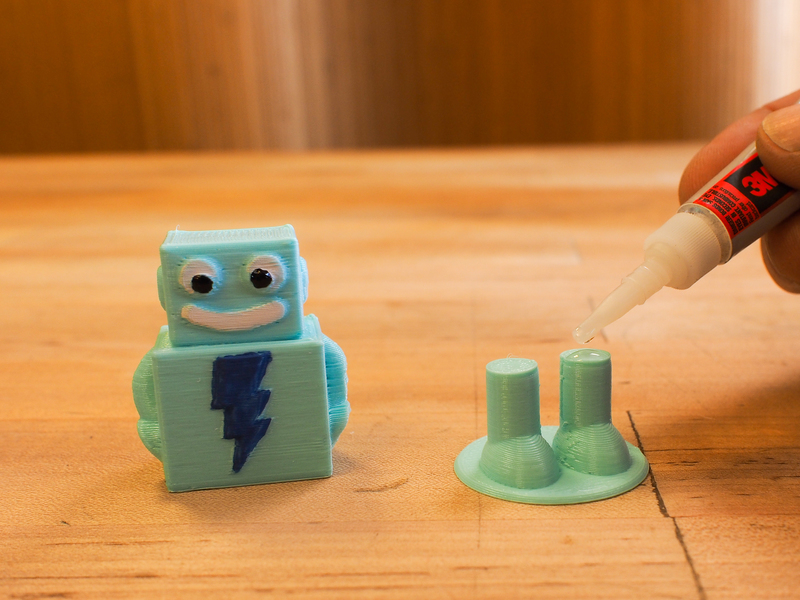 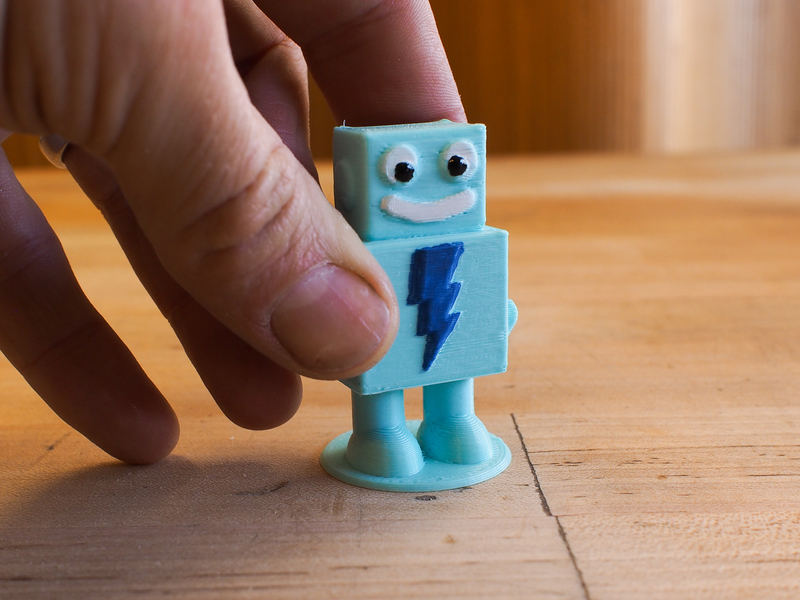 Attach the Figure to the Plug

You can use E6000 (or Goop) adhesive to glue the base of your figure to the top of the snow globe's plug, then let it dry, up to 24 hours.

When the figure's glue has dried, it's time to make it take the plunge! 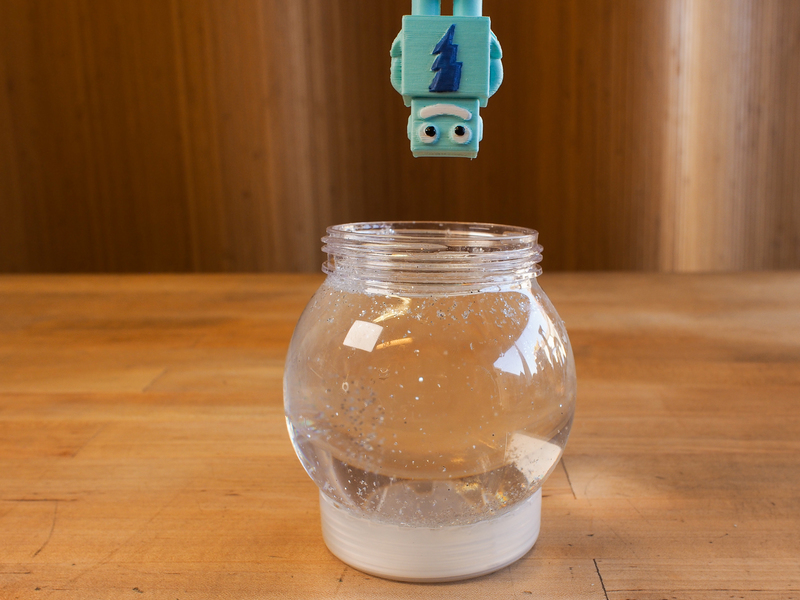 First, make sure you do this over a sink or bowl! Push the figure and plug down slowly, displacing any water to get a nice, full globe. If there's too much air, add water.

The plug is held in place by the pressure of the lid, but it's best to seal it with some glue or caulking just to be sure there are no leaks. I used more E6000 here. 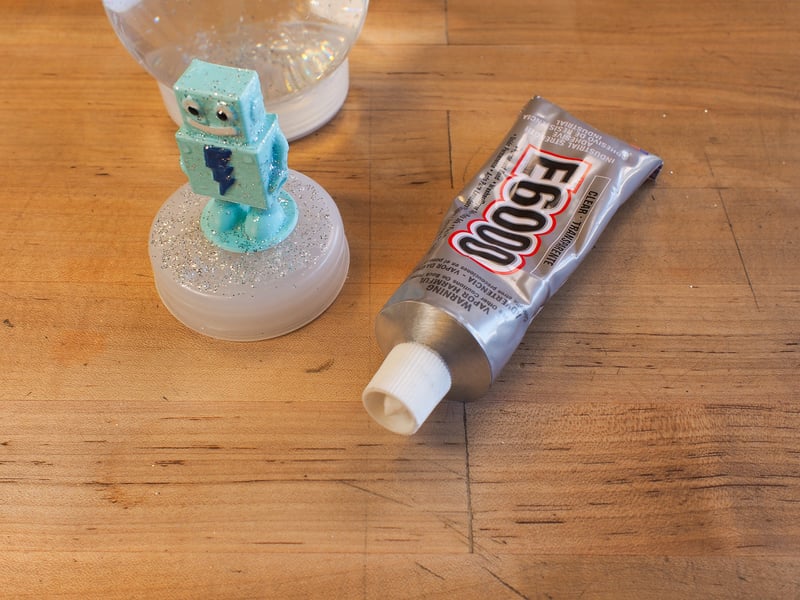 Screw on the Lid

Once the plug's glue has dried and you confirm that it's well sealed from any leaks, you can screw on the lid/Circuit Playground Express/battery pack. 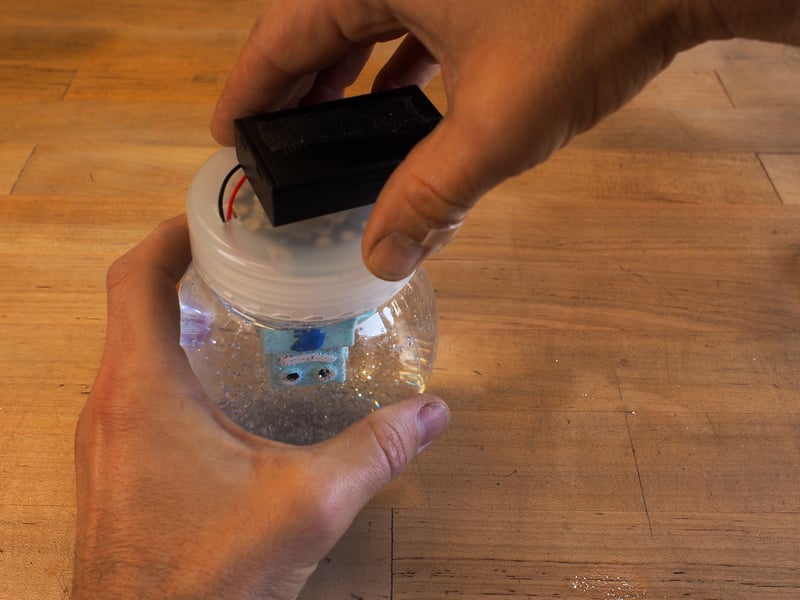 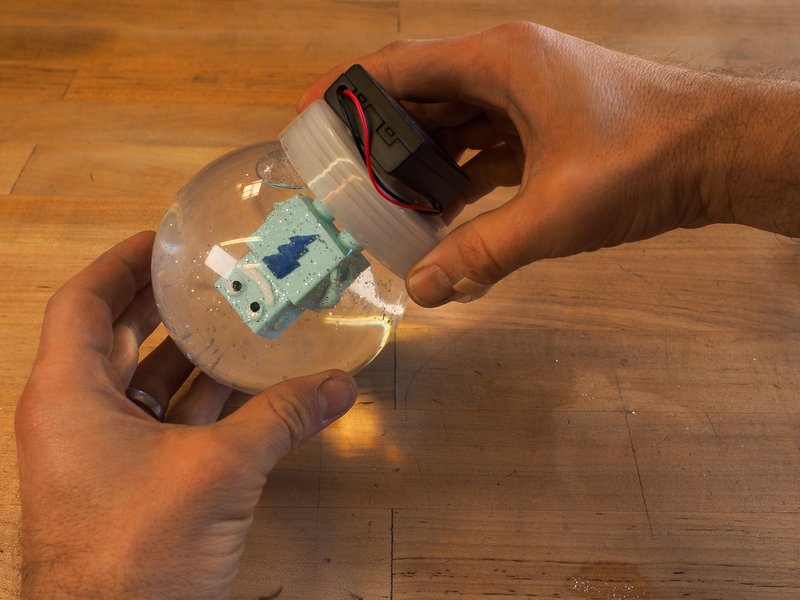 Use the Snow Globe

Congratulations! You've built your CircuitPython Snow Globe, and now it's time to shake it up and enjoy! 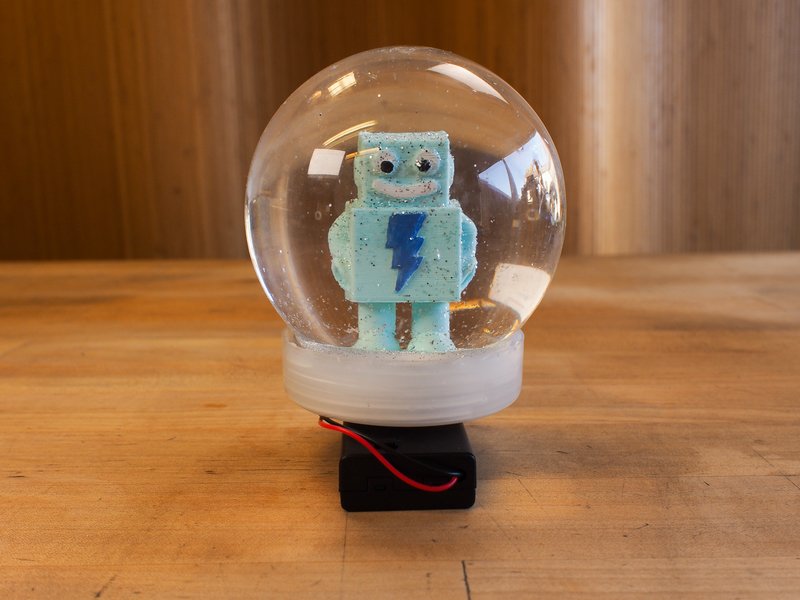 Turn on the battery pack's switch. The lights will come up, and you'll be treated to a song. 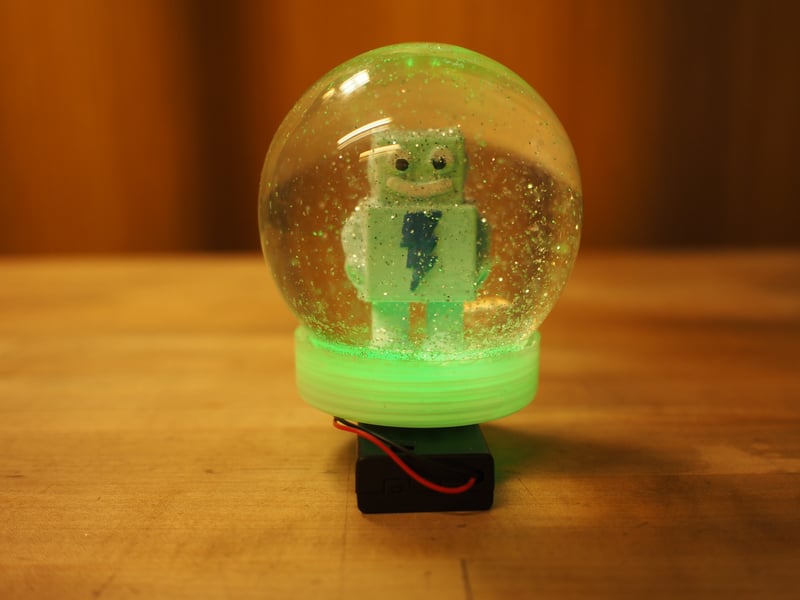 Pick it up and give it a good shake! 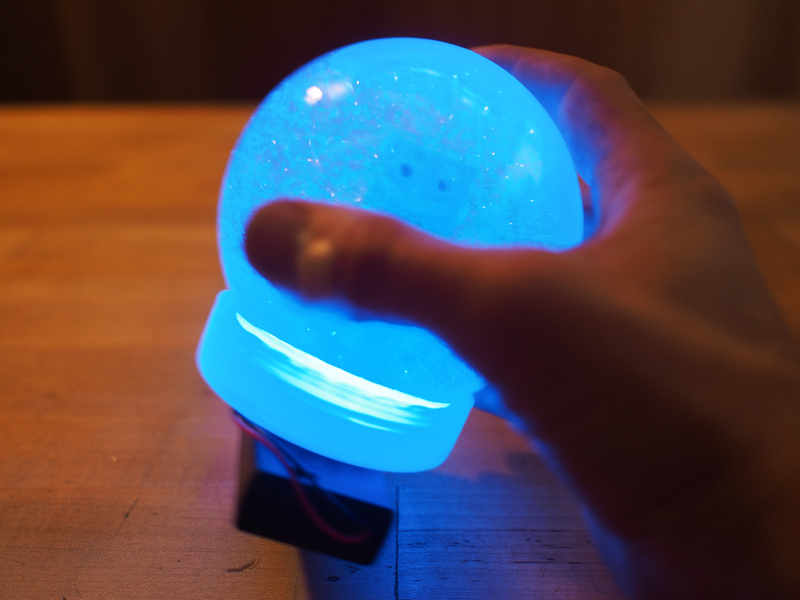 Enjoy the lights and snowfall. 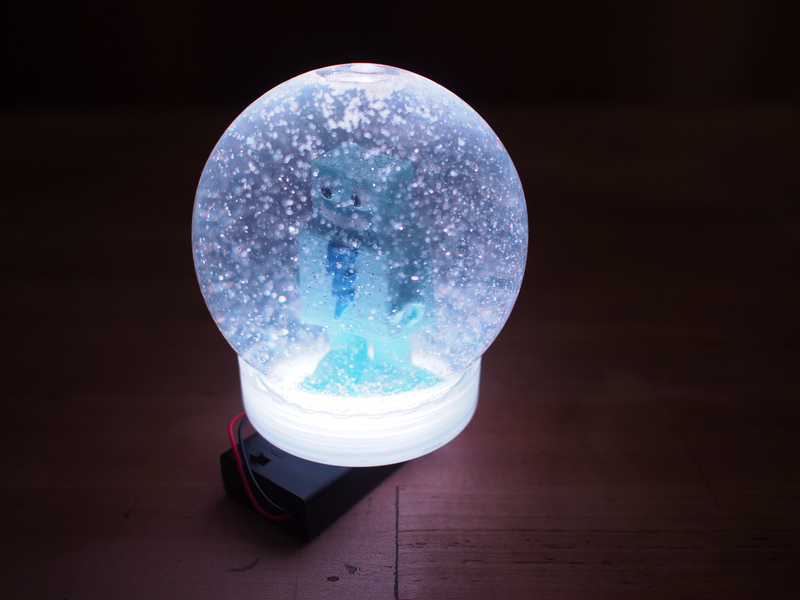 Finally, another song plays, and the lights return to the festive green! 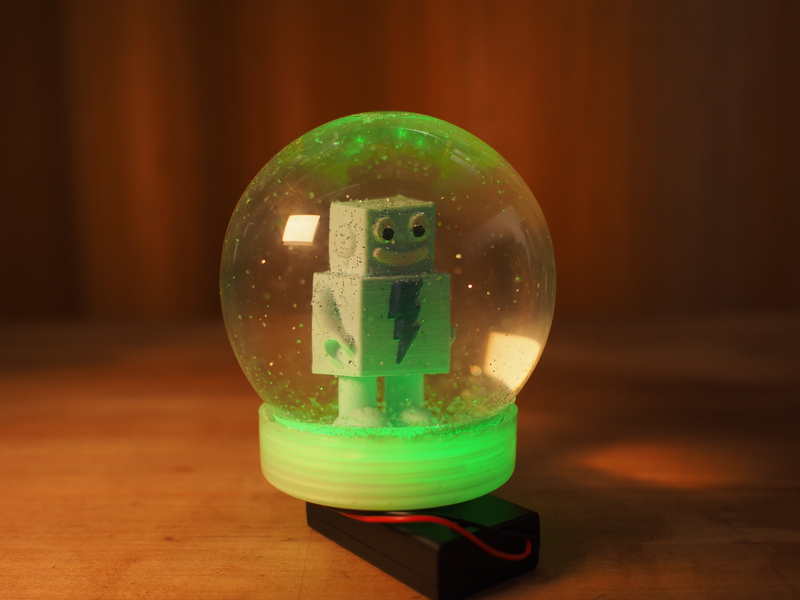 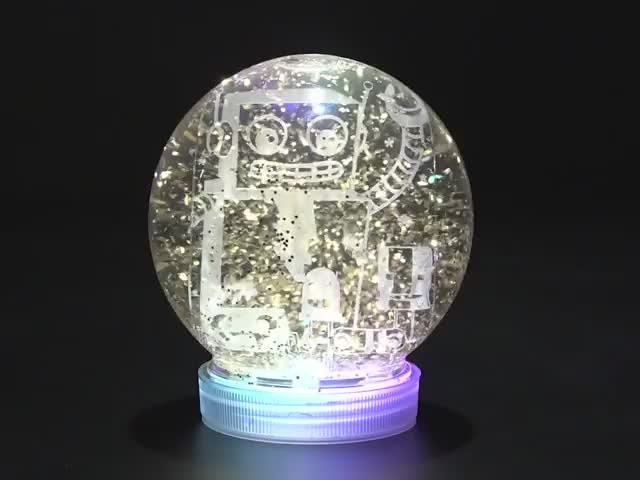 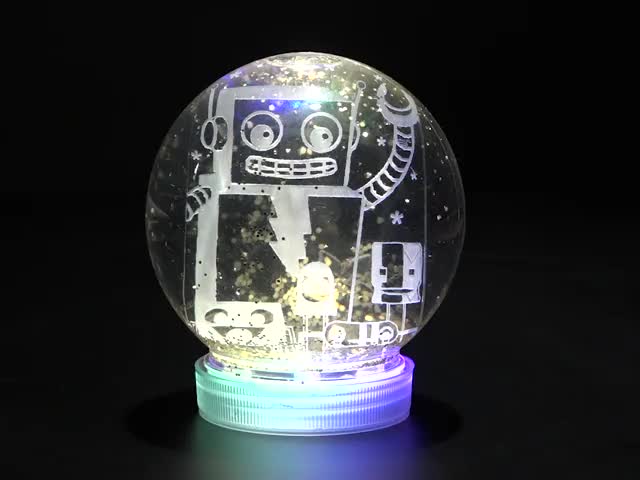 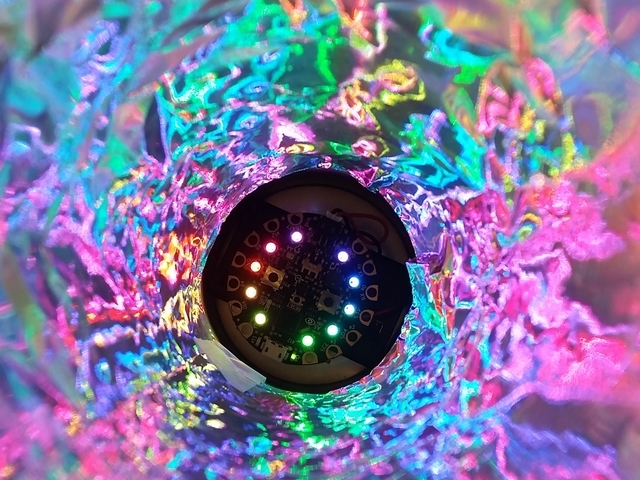