There are two ways to connect UART / Serial devices to your Raspberry Pi. The easy way, and the hard way.

PRODUCT ID: 746
We carry a few different GPS modules here in the Adafruit shop, but none that satisfied our every desire - that's why we designed this little GPS breakout board. We believe this is...
OUT OF STOCK
Out of Stock

PRODUCT ID: 954
The cable is easiest way ever to connect to your microcontroller/Raspberry Pi/WiFi router serial console port. Inside the big USB plug is a USB&lt;-&gt;Serial conversion chip and at...
$9.95
IN STOCK
Add to Cart 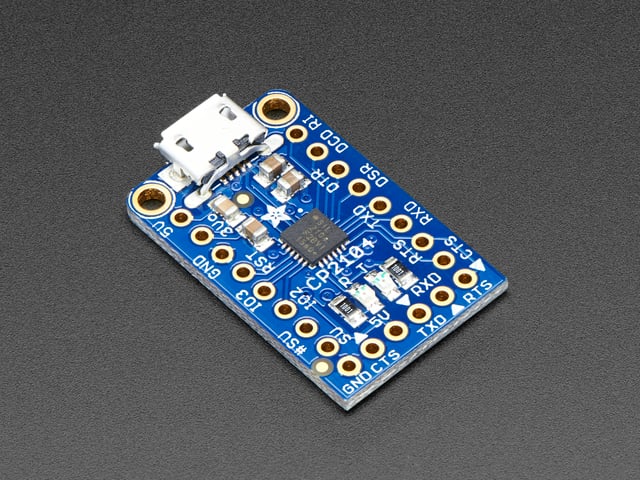 PRODUCT ID: 3309
Long gone are the days of parallel ports and serial ports. Now the USB port reigns supreme! But USB is hard, and you just want to transfer your every-day serial data from a...
$5.95
IN STOCK
Add to Cart

PRODUCT ID: 70
Just about all electronics use TTL serial for debugging, bootloading, programming, serial output, etc. But it's rare for a computer to have a serial port anymore. This is a USB to...
$17.95
IN STOCK
Add to Cart

If you don't want to plug in external hardware to the Pi you can use the built in UART on the RX/TX pins.

But, if you do this, you'll lose the serial console, so if you're using a PiUART or console cable or HAT that lets you connect directly to the console, that will no longer work and you'll have to use the HDMI+Keyboard or ssh method of running commands!

This isn't a big deal, in fact the serial login-console isn't even enabled by default on Raspbian anymore, but it's worth a warning!

Before wiring up, make sure you have disabled the console.

Once complete you should have no console and yes on serial interface:

Once you've rebooted, you can use the built in UART via /dev/ttyS0