This page is for the Orange Pi PC only!

Once armbian is installed, its easy to tell what board you have, simply cat /etc/armbian-release and look for BOARD_NAME

Install ARMbian on your Orange Pi

We're only going to be using armbian, other distros could be made to work but you'd probably need to figure out how to detect the platform since we rely on /etc/armbian-release existing.

There's some documentation to get started at https://docs.armbian.com/User-Guide_Getting-Started/

We've found the easiest way to connect is through a console cable, wired to the debug port, and then on your computer, use a serial monitor at 115200 baud.

After logging in you may be asked to create a new username, we recommend pi - if our instructions end up adding gpio access for the pi user, you can copy and paste em 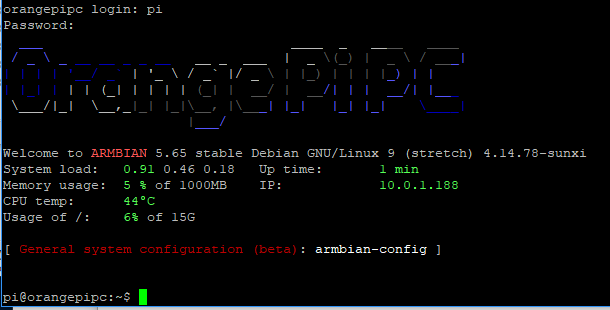 Once installed, you may want to enable mdns so you can ssh [email protected] instead of needing to know the IP address:

There's a few ways to do this, we recommend something like this

Of course change the version numbers if newer Python is distributed

libgpiod is what we use for gpio toggling, it doesn't come in installations yet but its easy to add by running our script. You'll probably need to run this as root, so sudo bash before you... 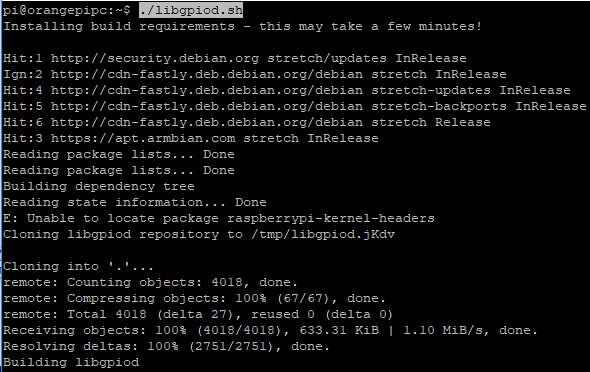 Update all your python 3 packages with

A vast number of our CircuitPython drivers use UART, I2C and SPI for interfacing so you'll want to get those enabled.

You only have to do this once per board but by default all three interfaces are disabled!

Install the support software with

Read /etc/armbian-release to figure out your board family, in this case its a sun8i

Edit /boot/armbianEnv.txt and add these lines at the end, adjusting the overlay_prefix for your particular board

Once you're done with both and have rebooted, verify you have the I2C and SPI devices with the command ls /dev/i2c* /dev/spi*

You can also install WiringOP and then run gpio readall to see the MUX status. If you see ALT3 next to a pin, its a plain GPIO. If you see ALT4 or ALT5, its an SPI/I2C/UART peripheral 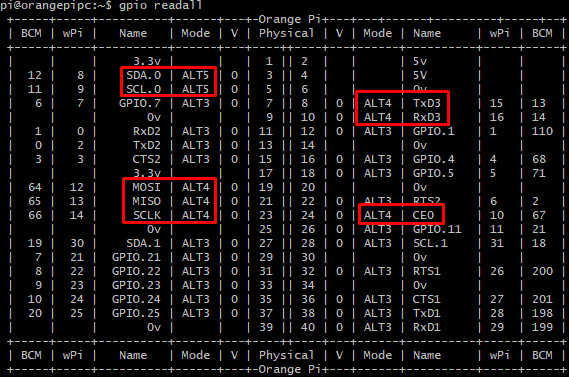