The Circuit Playground Express and Bluefruit have a built-in speaker above the music note printed on the board. It is the grey box with a + on it, below button A, to the left of the slide switch. Though the image is of the Circuit Playground Express, the speaker is in the same location on the Bluefruit. This speaker is capable of multiple things including the ability to play tones. 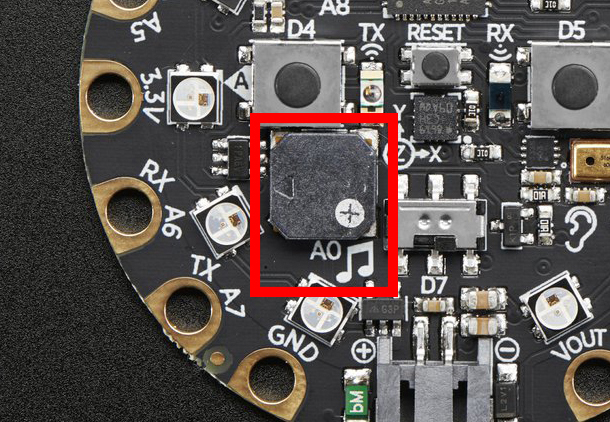 Press button A. Now, press button B. Each button plays a tone, but only while it's being pressed!

cp.start_tone() requires cp.stop_tone() to stop playing. Without it, you'll start the tone and it will play indefinitely. You'll know very quickly if you've forgotten to add cp.stop_tone()!

Try replacing buttons A and B with touch pads A1 and A2, and change the frequencies to have different tones. Try using all the touch inputs to have more tone options!