The Circuit Playground Express and Bluefruit have a slide switch on it, above the battery connector. Though the images are of the Circuit Playground Express, the switch is in the same location on the Bluefruit. The slide switch doesn't control the power of the board. It is a switch that returns True or False depending on whether it's left or right. So, you can use it as a toggle switch in your code! Let's take a look. 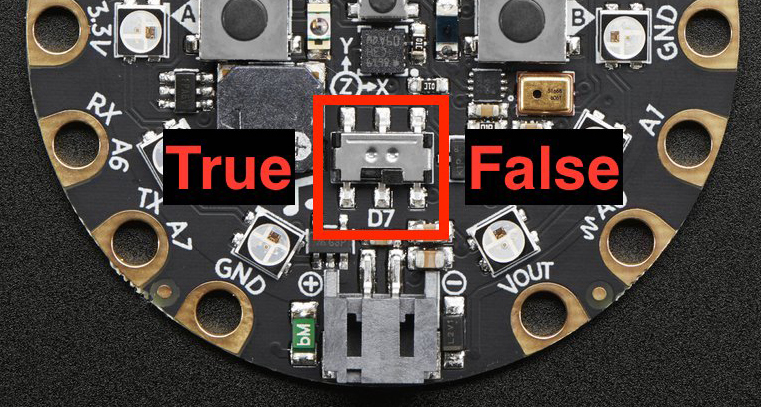 Open the serial console to see the switch status printed out. Try moving the slide switch back and forth to see the status change! 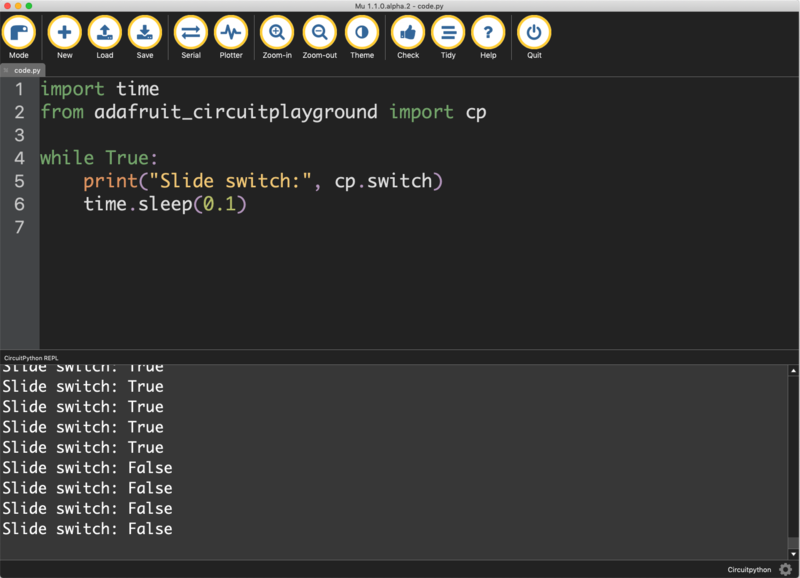 Let's take a look at the code. First we import time and cp. 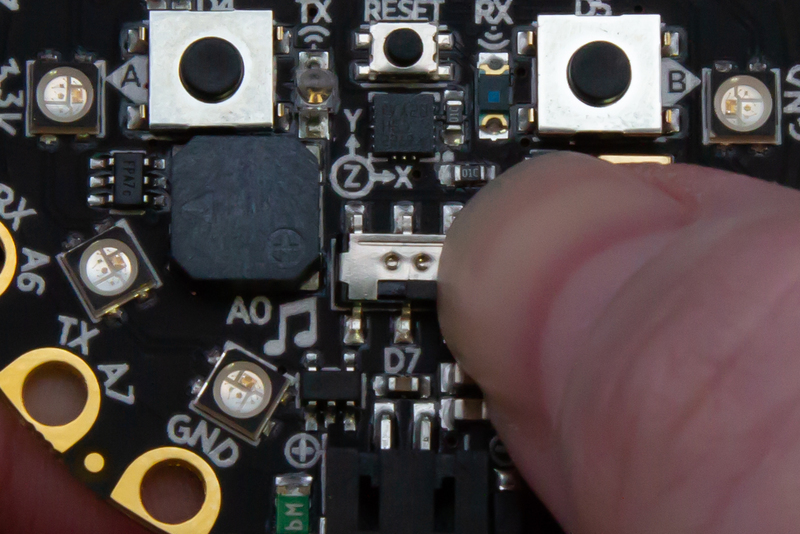 Slide switch is to the right. Slide it to the left!

Simple enough, right? Now, let's do something with it!

We just learned how to turn the little red LED on and off. Now let's incorporate an input to control it. Since the switch returns True or False, we can use it as an input.

Add the following code to your code.py.

After importing cp, our loop starts with an if statement. An if statement says, "if this event is happening, do the following." Our code says, if the switch is to the left, or True, turn on the red LED.

Note that we don't have to say if cp.switch == True:. The True is implied in the if statement.

This is followed by an else statement. And else statement says, "Otherwise, do the following." An else typically follows an if. Together they say, "If this is happening, do this first thing, otherwise, do the second thing." Our code says, when the switch is to the right, or False, turn off the red LED.

Now, try moving the switch back and forth. Your red LED will turn on and off!

You may have noticed that when the switch is to the right, it's True, and when the LED is on, it is also True. We can use this to make our code even shorter. We started with the if/else block because it's easier to understand what's happening when it's written out. However, the following code does the same thing. Add the code to your code.py.