The Circuit Playground Express and Bluefruit accelerometer can detect other types of input actions besides taps. One of those inputs is shake. You have the ability to shake your board to tell it to do something. Let's give it a try!

Open the serial console and give the board a good shake. Shake detected! 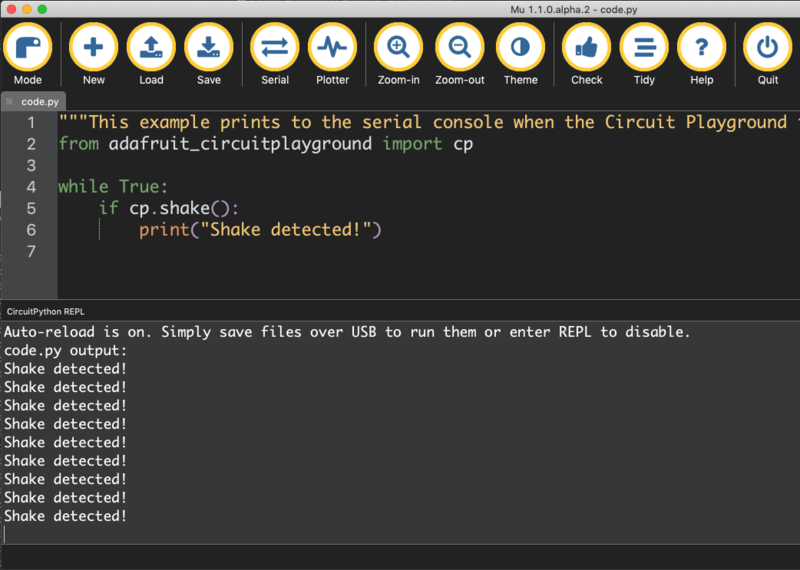 Inside our loop, we check to see if the board has been shaken with if cp.shake():. If the board is shaken, we print to the serial console, Shake detected!

Notice that there are parentheses after cp.shake. These are necessary for shake detection to work properly. Without them, your code will run, but it won't work properly. Make sure you include them!

Shake It Up A Little

Let's use shaking the board to turn on the red LED. Add the following code to your code.py.

Shake the board. Red LED!

In this case, we've included if cp.shake(shake_threshold=20): which lowers the threshold, making it easier to shake the board. If a shake over the threshold of 20 is detected, we print Shake Detected! and we turn on the red LED. Otherwise, we turn off the red LED with our else block.

Try changing the threshold to 40 and see what happens. Be aware, if you set the threshold too high, the shake will never be detected. Play around with it to find out what works best for you!