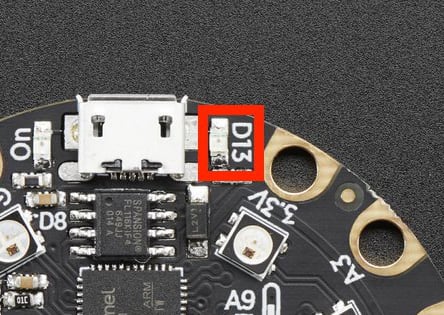 First, we need to add the following code to code.py. Remember, if you need help with this, check here. 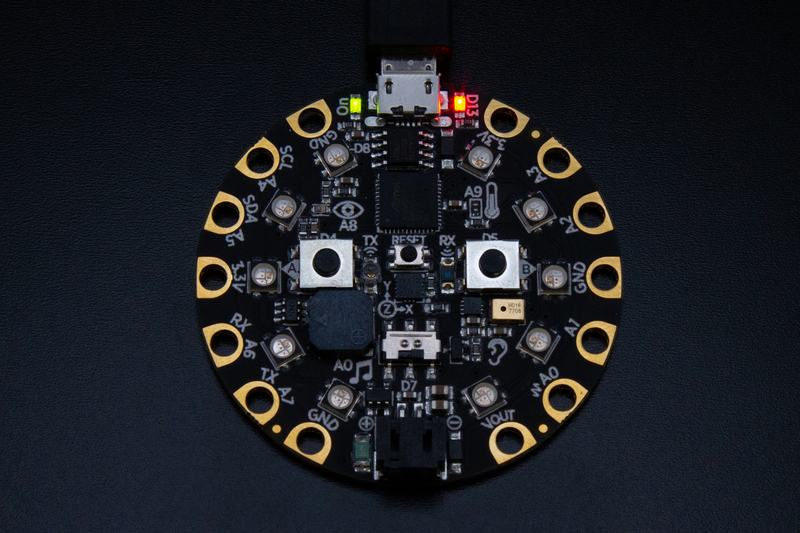 Now let's look at the code.

First we import the library with from adafruit_circuitplayground import cp.

Then we have a while statement. while True: essentially means, "Forever do:". while True: creates a loop. When there is a loop, the code will forever go through the code inside the loop. All code that is indented under while True: is "inside" the loop.

And that's it! You should be rewarded by the little red LED next to your USB connector turning on! But why stop there? Let's try something a little more fun.

In any programming language, the first piece of code any programmer writes is a program called "Hello, world!" that prints exactly that. The idea behind it is it's an excellent introduction to the language and programming environment. In CircuitPython, our Hello, world! is called Blinky. Instead of simply writing code that prints out hello, we write code that blinks the LED! So, to welcome you to the world of programming, we're going to blink the little red LED. Let's take a look!

Add the following code to your code.py.

In this program, we need another library as well: time. So, we import time and cp.

The first line inside our while True: loop is the same as the first line of our last program. We're turning on the red LED with cp.red_led = True. Next, we have time.sleep(0.5). This tells the code to pause in the current state for 0.5 seconds. In other words, we're turning on the red LED and waiting with it on for 0.5 seconds. The next line, cp.red_led = False, turns the LED off. And the last line, time.sleep(0.5), again tells the code to wait, this time with the LED off. Then it repeats forever - remember we're inside our while loop! And, when the LED turns on for 0.5 seconds and then off for 0.5 seconds, we have a blinking LED!

Red LED On = Red LED Off

There's an even shorter way to do the same thing. Add the following code to your code.py.

This code simply tells the LED to cycle back and forth between on and off, or True and False, every 0.5 seconds. You can change the time.sleep(0.5) to a higher or lower number to slow down or speed up the blinking. That's it!

Shark mask that starts chomping in response to your voice!
Dano Wall