The Circuit Playground Express and Bluefruit have a light sensor on the right side, near the eye printed on the board. Though the images are of the Circuit Playground Express, the sensor is in essentially the same location on the Bluefruit. It senses the amount of ambient light and returns the light level based on that data. We've made it super easy to use. Let's take a look! 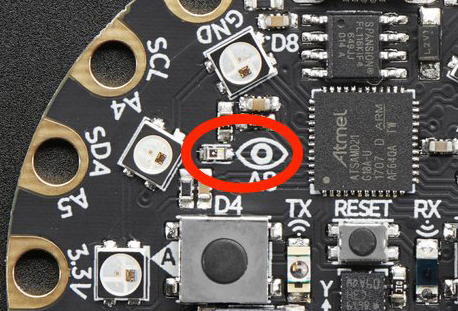 Open the serial console and try shining a flashlight at your Circuit Playground. The printed values go up! If you place your hand over the board to block the light, the values go down. 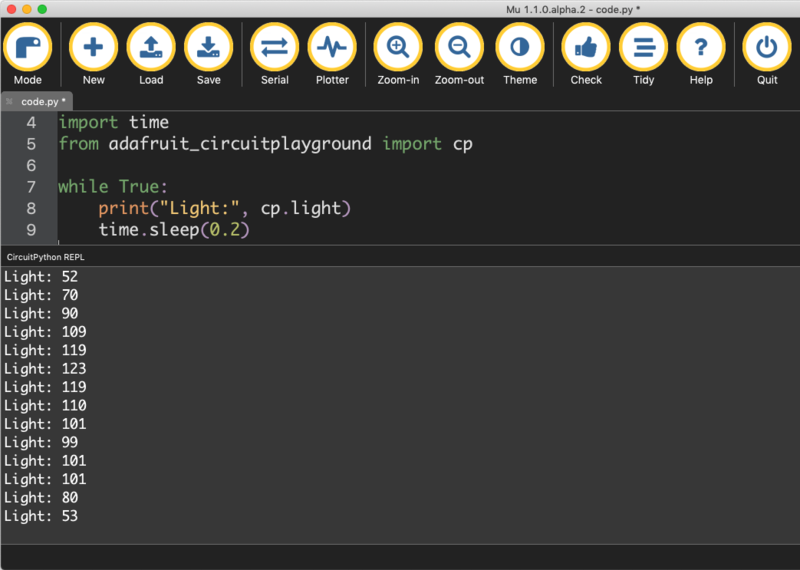 Let's look at the code. First we import time and cp.

Let's take a look at these values on the Mu plotter! Add the following code to your code.py:

The code is almost identical, but we've added one line, print((cp.light,)).

Note that the Mu plotter looks for tuple values to plot. Tuples in Python come in parentheses () with comma separators. If you have two values, a tuple would look like (1.0, 3.14). Since we have only one value, we need to have it print out like (1.0,) - note the parentheses around the number, and the comma after the number. Thus the extra parentheses and comma in print((cp.light,)).

As well, the Mu plotter requires that the tuple value be on a line all its own. That's why we can't simply add extra parenthesis and a comma to the print("Light:", cp.light) line. The plotter doesn't know what to do with it if there's other information in there.

Click on the Plotter button on the top of Mu to see the plotter. Try shining a flashlight on your Circuit Playground and watch the plotter line go up! Remove or block the light with your hand to see it go down. Have fun with it! 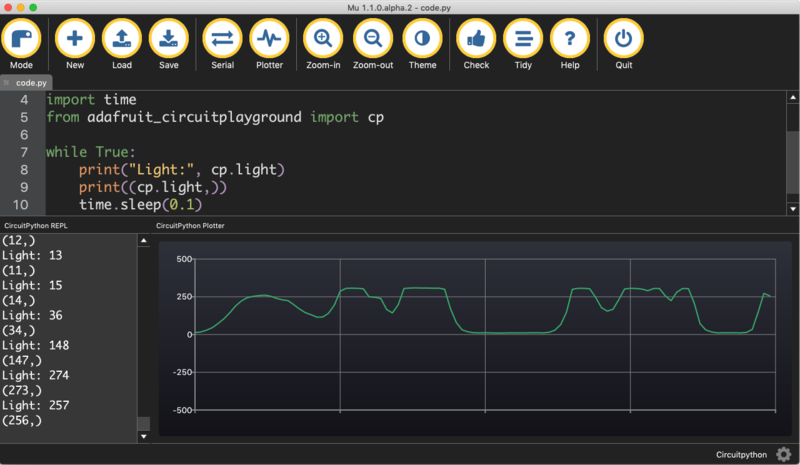 You can also use the light values to create a fun light meter using the NeoPixels on your Circuit Playground! Add the following code to your code.py:

Now try shining the flashlight on your Circuit Playground and watch the LEDs light up! 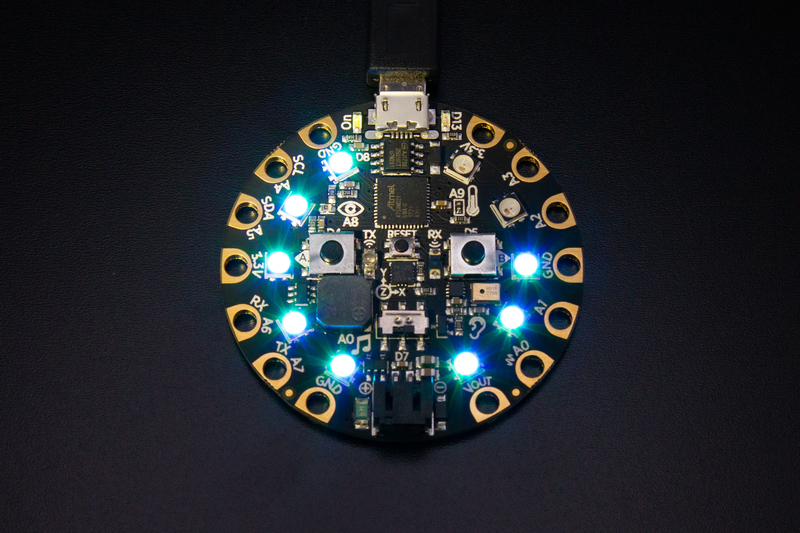 Slowly remove the light to watch the number of LEDs lit up slowly go down. 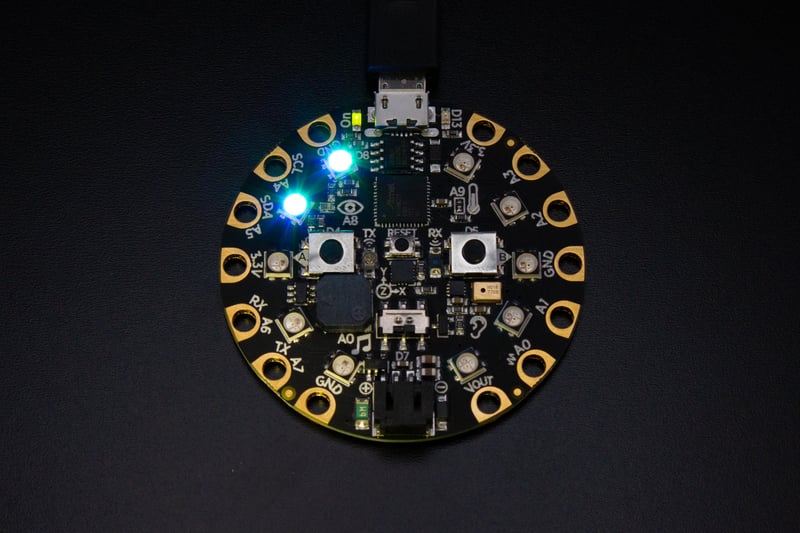 Let's take a look at the code. First we import time, and cp.

Next we have a helper function called scale_range. The light values are approximately 0-320 but there are only 10 NeoPixels. So, we include a helper function that scales the 0-320 range to 0-9 so we can map light levels to pixel position.

Our loop begins with setting peak = scale_range(cp.light). Then we print the cp.light values and the peak values.

The next section takes the peak value and says for the total number of LEDs, whatever number peak is equal to or less than, light up that many LEDs, and otherwise turn them off. So, if peak is 4, light up 4 LEDs!

Then we have cp.pixels.show() to make the LEDs light up. And a time.sleep(0.05) to create a little delay.

Make faster and easier than ever with MakeCode, code.org CSD, CircuitPython or Arduino!
lady ada

178
Beginner
Use a Crickit and Circuit Playground Express to heat or cool items.
Anne Barela

Make It Hot or Cold