Use it as an emergency beacon, a spy communicator, or to help you learn Morse code for yourself.

To build this project, you'll need the following items:

What is Morse Code?

Morse code is a method of transmitting text information as a series of on-off tones, lights, or clicks that can be directly understood by a skilled listener or observer without special equipment. It is named for Samuel F. B. Morse, an inventor of the telegraph.

So, Morse code is essentially a way to communicate using short and long tones or flashes of light.

Below is a chart that shows each letter of the alphabet along with its translation into Morse 'dots' and 'dashes': 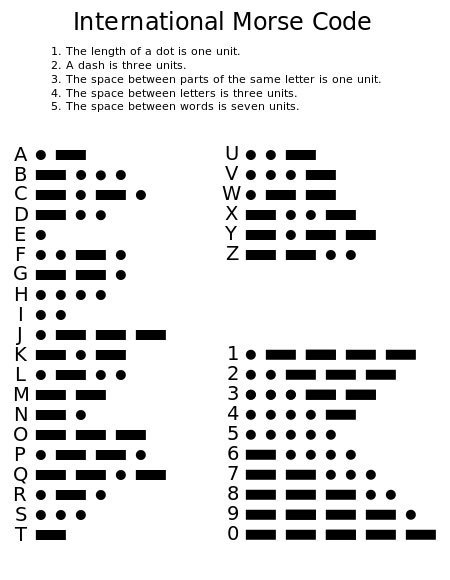 The above chart also provides rules for the length of each Morse code - for example; one dash should last three times as long as one dot.

With those basic rules in mind, let's program the Circuit Playground board to display messages as Morse code flashes of light …