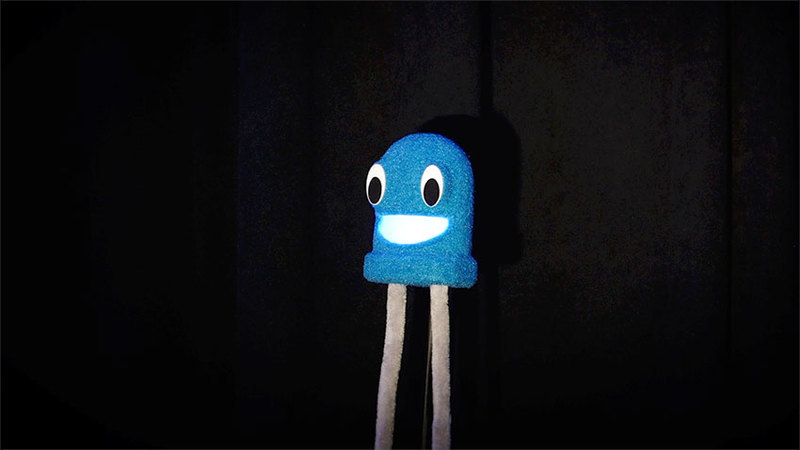 I gotta right to sit and cry, down by the river … 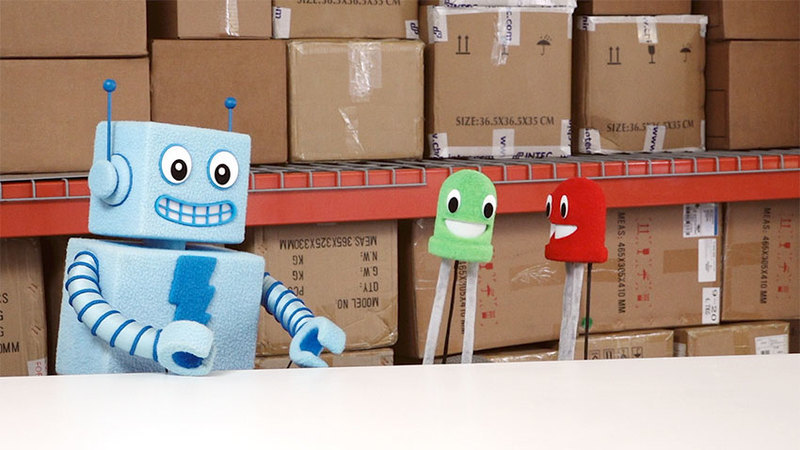 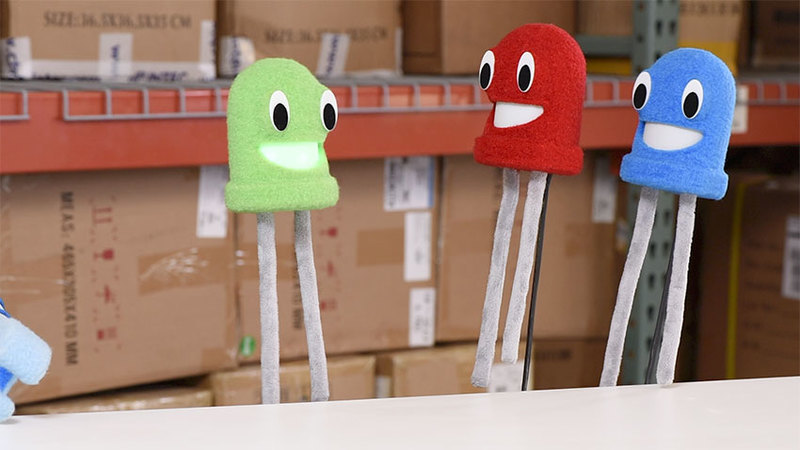 ADABOT: Hey Billie, Why so blue?

BILLIE: I suppose that’s just the way I am.

ADABOT: So, you’ve always been blue?

ADABOT: Gallium what? What are you talking about?

RUBY: Well, Adabot - inside every LED is a small crystal … 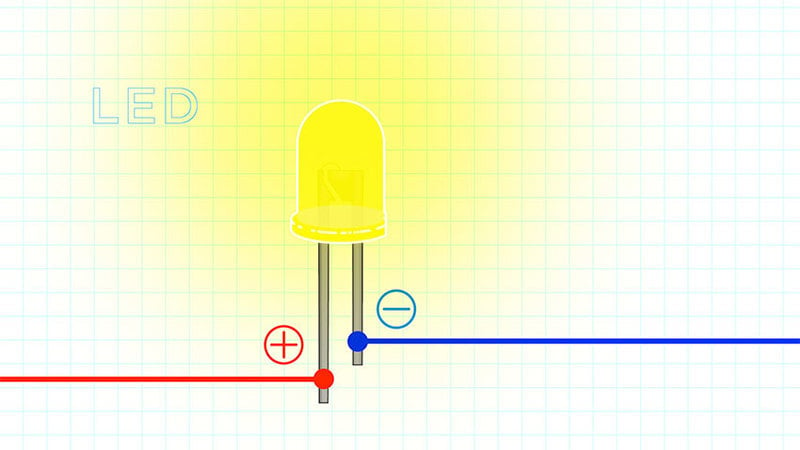 RUBY: When you connect the short leg of an LED to ground, and the longer leg to positive voltage - voila!

GUS: The crystal glows and the LED lights up! 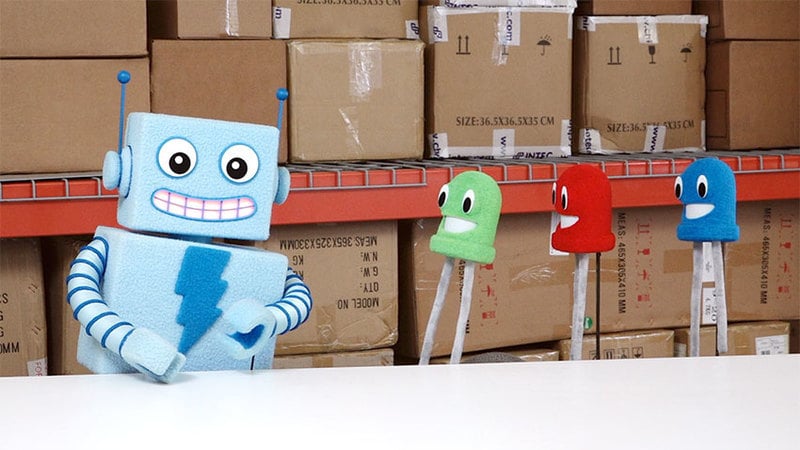 ADABOT: Very cool - so when electricity flows through an LED’s crystal, it creates light! But why are LEDs certain colors in the first place?

RUBY: The type of crystal used in an LED determines that LED’s color. 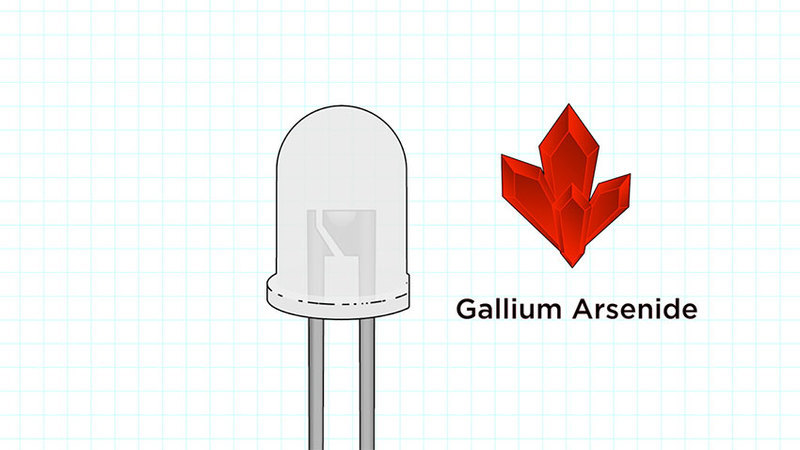 RUBY: A red LED like me uses a type of crystal made of Gallium Arsenide - that’s two elements, Gallium and Arsenic, mixed together. 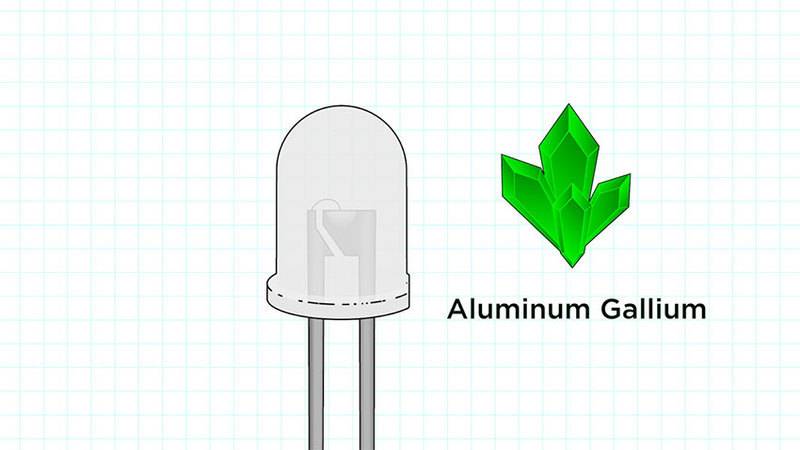 GUS: I use an Aluminium Gallium crystal to get so green. 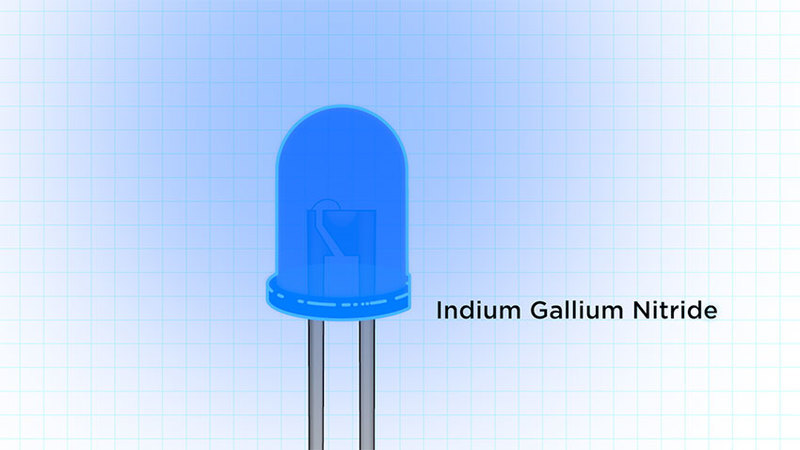 BILLIE: and Indium Gallium Nitride is what makes me so blue. 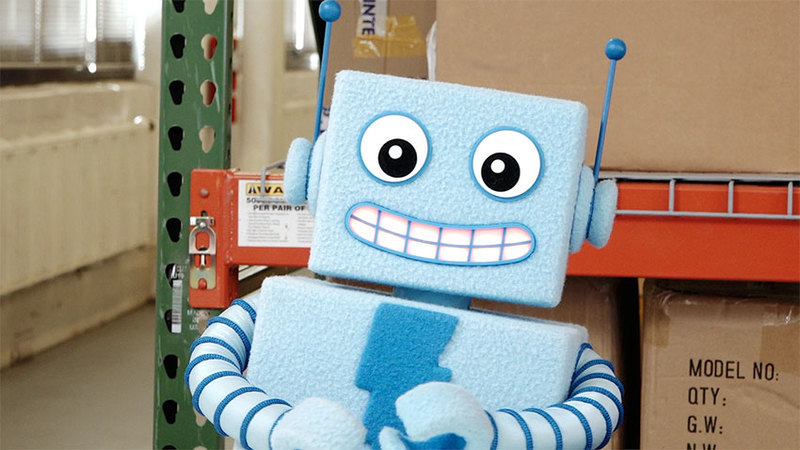 ADABOT: But I’ve also seen LEDs that change color? How do they do that? 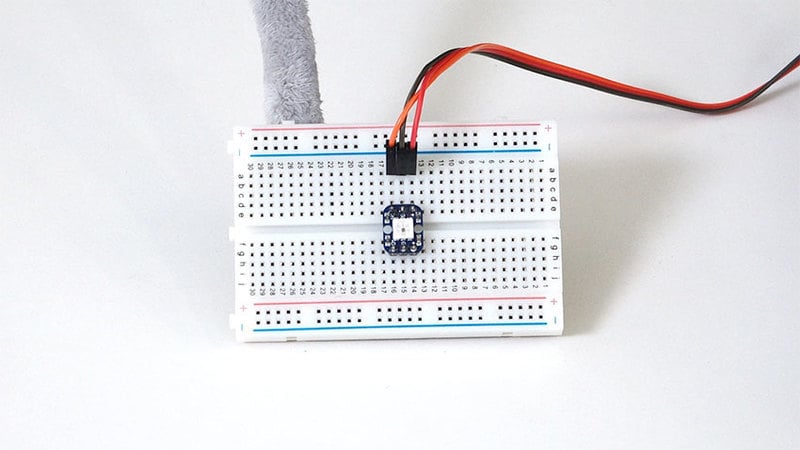 RUBY: Oh good - Let’s take a closer look to see how they work … 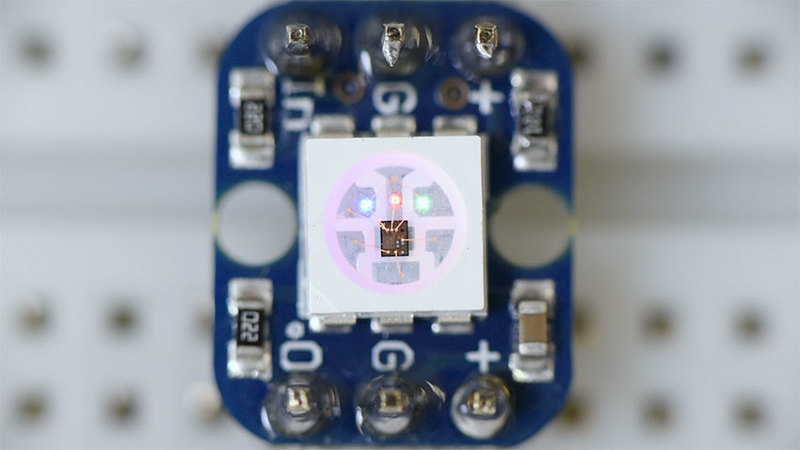 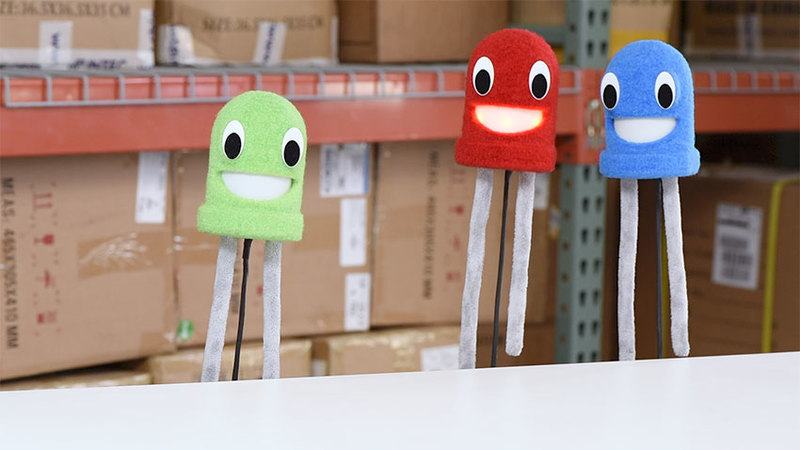 RUBY: Exactly - and by mixing red green and blue - we can make pretty much any color we want! 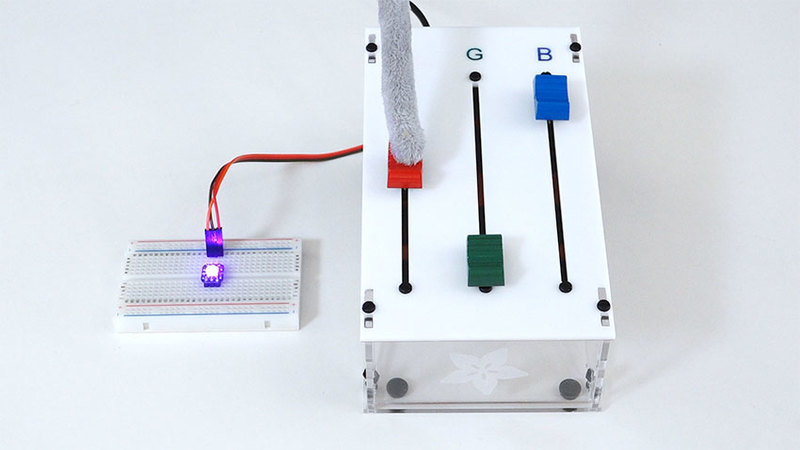 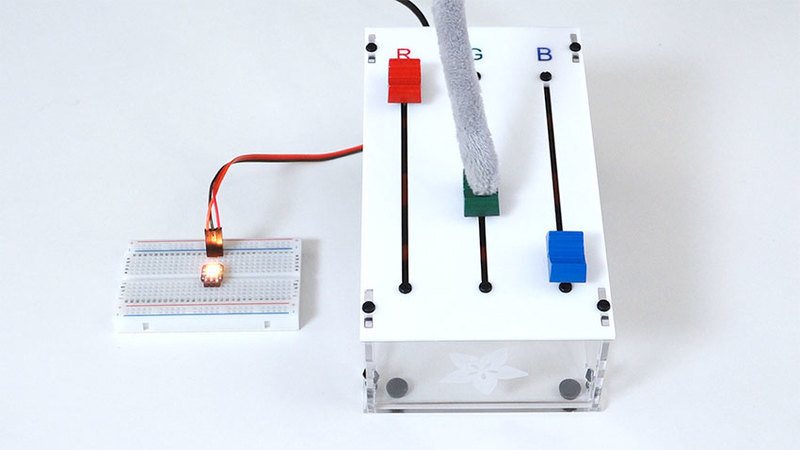 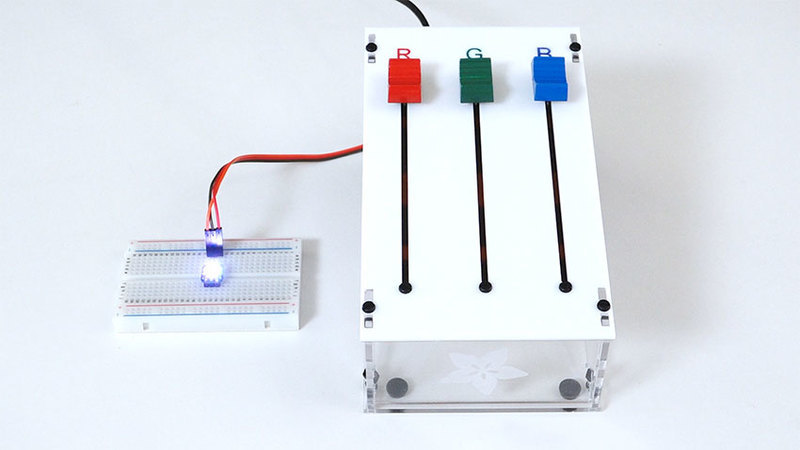 RUBY: Or even white! 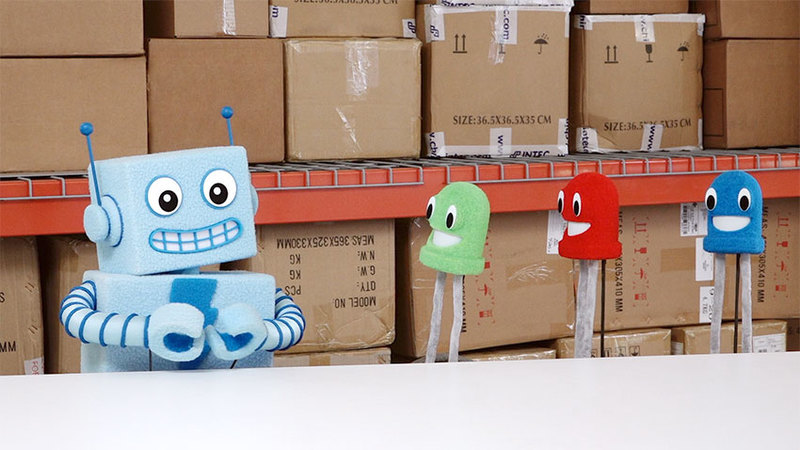 BILLIE: It’s really important to understand how they work!

ADABOT: You know, Billie - you may be blue, but you light up my life.

Learn about the electronic one-way valve!
By Collin Cunningham

Circuit Playground: D is for Diode

Learn about frequency from a talking oscilloscope!
By Collin Cunningham

Circuit Playground: F is for Frequency

Circuit Playground - A is for Ampere