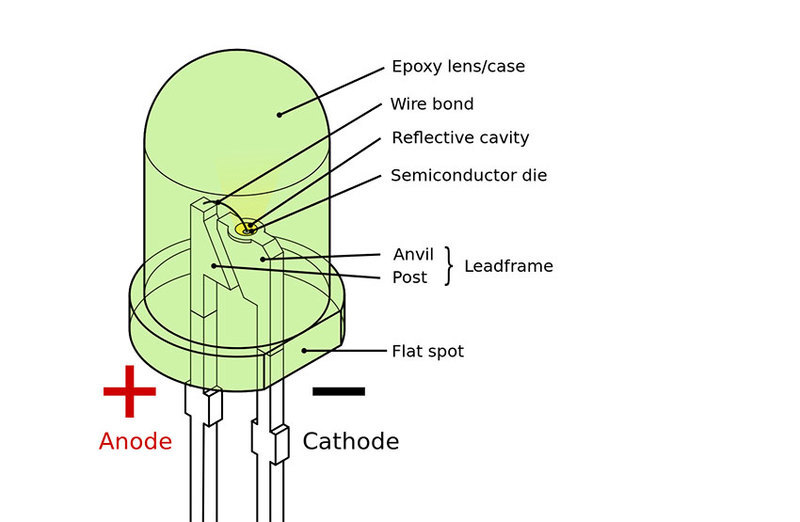 A light-emitting diode (LED) is a two-lead semiconductor light source. It is a p–n junction diode that emits light when activated. When a suitable voltage is applied to the leads, electrons are able to recombine with electron holes within the device, releasing energy in the form of photons. This effect is called electroluminescence, and the color of the light (corresponding to the energy of the photon) is determined by the energy band gap of the semiconductor. LEDs are typically small (less than 1 mm) and integrated optical components may be used to shape the radiation pattern.

Appearing as practical electronic components in 1962, the earliest LEDs emitted low-intensity infrared light. Infrared LEDs are still frequently used as transmitting elements in remote-control circuits, such as those in remote controls for a wide variety of consumer electronics. The first visible-light LEDs were also of low intensity and limited to red. Modern LEDs are available across the visible, ultraviolet, and infrared wavelengths, with very high brightness.

Early LEDs were often used as indicator lamps for electronic devices, replacing small incandescent bulbs. They were soon packaged into numeric readouts in the form of seven-segment displays and were commonly seen in digital clocks. Recent developments have produced LEDs suitable for environmental and task lighting. LEDs have led to new displays and sensors, while their high switching rates are useful in advanced communications technology. 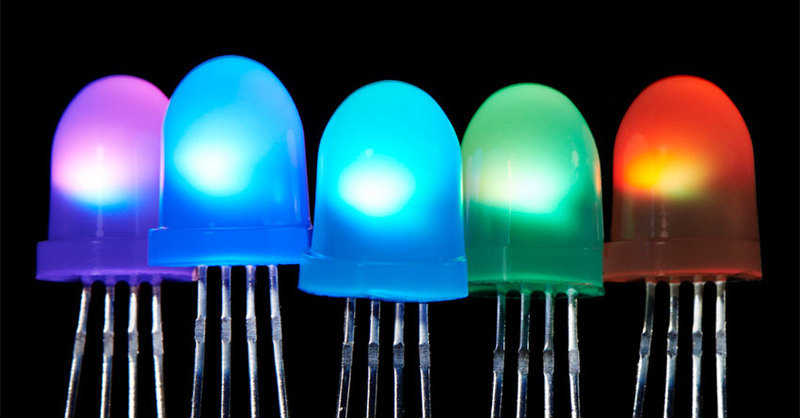 Use Arduino to control an LED 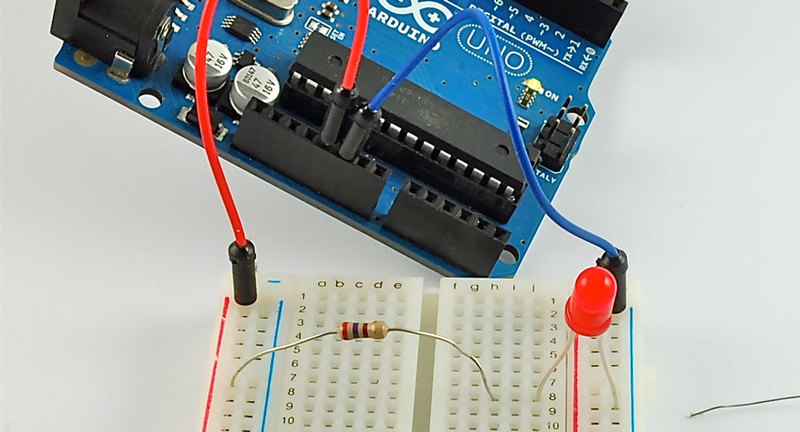 Check out the Arduino Lesson 2. LEDs guide to learn how to use an LED, breadboard, and microcontroller to flash an LED. 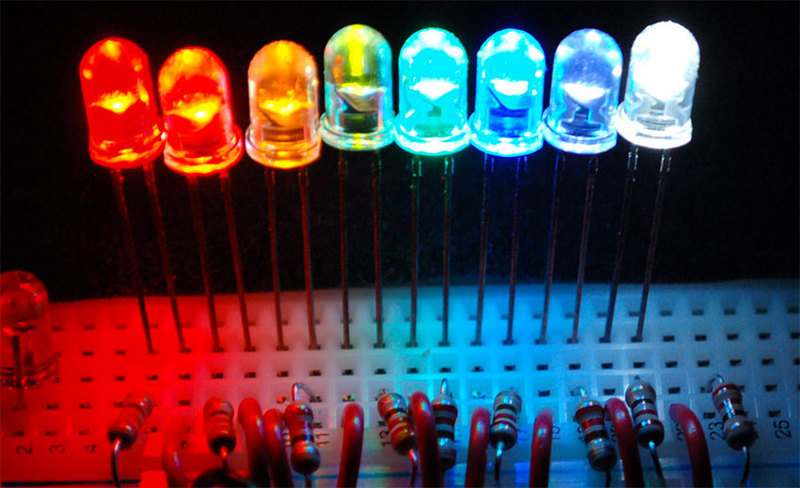 Learn everything you ever wanted to know about LEDs from anode to cathode with our thorough All About LEDs guide!

Circuit Playground: R is for Robots
By Collin Cunningham
1
Beginner

Circuit Playground: M is for MOSFET
By Collin Cunningham
5
Beginner

Circuit Playground - A is for Ampere
By lady ada
18
Beginner

Circuit Playground: K is for Kits
By Collin Cunningham
4
Beginner

Circuit Playground: J is for Joule
By Collin Cunningham
4
Beginner

Circuit Playground: F is for Frequency
By Collin Cunningham
12
Beginner