Once you have the code loaded on both Circuit Playground Bluefruit boards, you should see the NeoPixel Animator start blinking the initial color chosen in setup, which defaults to red. Now you're ready to connect to the Remote Control. 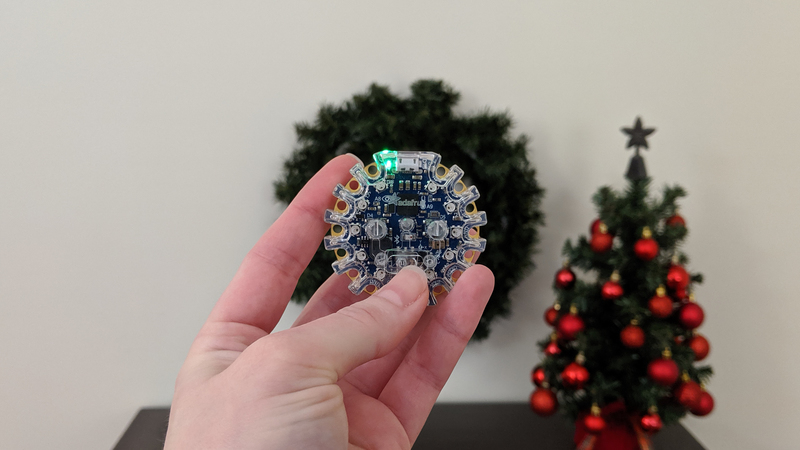 To switch between animations, press button A (the left button). The second animation is the Comet animation.

Press button A again to return to the Blink animation.

If you find a color you particularly like, you can freeze the NeoPixel Animator LEDs as that color by pressing button B (the right button). While the color is frozen, you can still cycle through the different animations. The NeoPixels on the Remote Control will continue to change color, and when you unfreeze the color, the NeoPixel Animator will update to the color currently on the Remote Control.

In the next two sections, we'll take an in-depth look at each example to see how they work - first the remote control code and then the NeoPixel animator code. Let's get started!

Boost up your batteries to power your project
By lady ada

19
Intermediate
Just like those chalky hearts that show up around Valentines.
By Carter Nelson

A powerful rechargeable battery pack with load-share
By lady ada

68
Intermediate
This project will let you make a bike light using a Circuit Playground Bluefruit or Express that automatically turns on when it senses that the bike is braking.
By Dylan Herrada