Skip to main content
Circuit Playground: B is for Battery What is a battery?
Feedback? Corrections?

What is a battery?

An electric battery is a device consisting of one or more electrochemical cells that convert stored chemical energy into electrical energy. Each cell contains a positive terminal, or cathode, and a negative terminal, or anode. Electrolytes allow ions to move between the electrodes and terminals, which allows current to flow out of the battery to perform work. 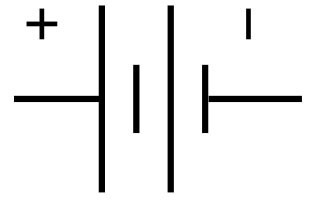 Primary (single-use or "disposable") batteries are used once and discarded; the electrode materials are irreversibly changed during discharge. Common examples are the alkaline battery used for flashlights and a multitude of portable devices. Secondary (rechargeable batteries) can be discharged and recharged multiple times; the original composition of the electrodes can be restored by reverse current. Examples include the lead-acid batteries used in vehicles and lithium ion batteries used for portable electronics. Batteries come in many shapes and sizes, from miniature cells used to power hearing aids and wristwatches to battery banks the size of rooms that provide standby power for telephone exchanges and computer data centers.

According to a 2005 estimate, the worldwide battery industry generates US$48 billion in sales each year, with 6% annual growth.

Batteries have much lower specific energy (energy per unit mass) than common fuels such as gasoline. This is somewhat mitigated by the fact that batteries deliver their energy as electricity (which can be converted efficiently to mechanical work), whereas using fuels in engines entails a low efficiency of conversion to work. 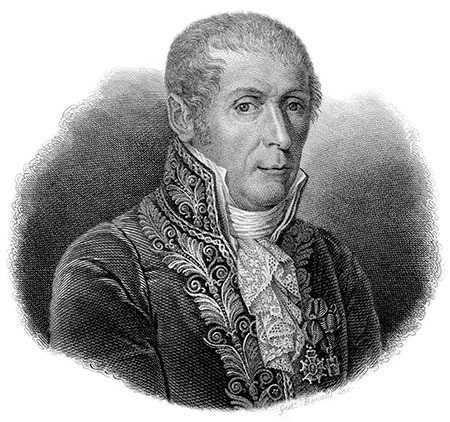 The usage of "battery" to describe a group electrical devices dates to Benjamin Franklin, who in 1748 described multiple Leyden jars by analogy to a battery of cannon (Benjamin Franklin borrowed the term "battery" from the military, which refers to weapons functioning together). Alessandro Volta described the first electrochemical battery, the voltaic pile in 1800. This was a stack of copper and zinc plates, separated by brine soaked paper disks, that could produce a steady current for a considerable length of time. Volta did not appreciate that the voltage was due to chemical reactions. He thought that his cells were an inexhaustible source of energy, and that the associated corrosion effects at the electrodes were a mere nuisance, rather than an unavoidable consequence of their operation, as Michael Faraday showed in 1834.

Although early batteries were of great value for experimental purposes, in practice their voltages fluctuated and they could not provide a large current for a sustained period. The Daniell cell, invented in 1836 by British chemist John Frederic Daniell, was the first practical source of electricity, becoming an industry standard and seeing widespread adoption as a power source forelectrical telegraph networks. It consisted of a copper pot filled with a copper sulfate solution, in which was immersed an unglazed earthenware container filled with sulfuric acid and a zinc electrode.

These wet cells used liquid electrolytes, which were prone to leakage and spillage if not handled correctly. Many used glass jars to hold their components, which made them fragile. These characteristics made wet cells unsuitable for portable appliances. Near the end of the nineteenth century, the invention of dry cell batteries, which replaced the liquid electrolyte with a paste, made portable electrical devices practical.

Circuit Playground: F is for Frequency
By Collin Cunningham
16
Beginner

Circuit Playground - A is for Ampere
By lady ada
47
Beginner