So you might have noticed we didn't use one of those CircuitPlayground.something() functions to get our analog value. Why not, and how did it work without doing so?

No real good answer to the other question. This could've been done, say with something like CircuitPlayground.analogRead() or CircuitPlayground.giveMeTheAnalogPlease() or whatever. But this would have likely done nothing more than just call the same Arduino function. So, guess it just never made the cut.

However, there are a few of the Circuit Playground sensors that are essentially the same as the potentiometer we used in this guide, namely the light sensor , sound sensor , and temperature sensor. They all output a voltage that varies with the physical quantity they sense. In order for this to be used in the Circuit Playground, those signals are fed into ADCs, just like we did with the potentiometer. And that's pretty much all there is to it.

Here's the circuit path for the output of the light sensor. The big red square that says 'THERMAL' is the brain of the Circuit Playground. 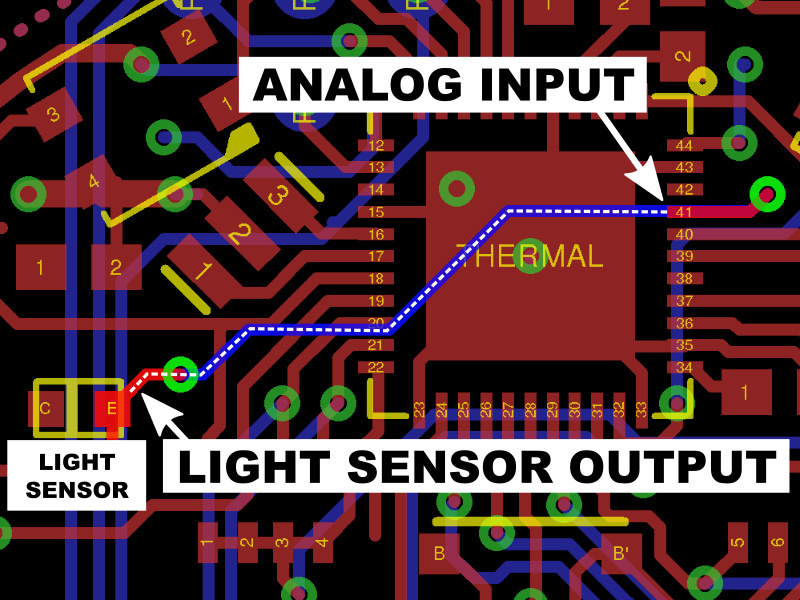 And here's the code for the CircuitPlayground.lightSensor() function. (direct link to repo)

Here's the circuit path for the output of the soud sensor (microphone off screen). 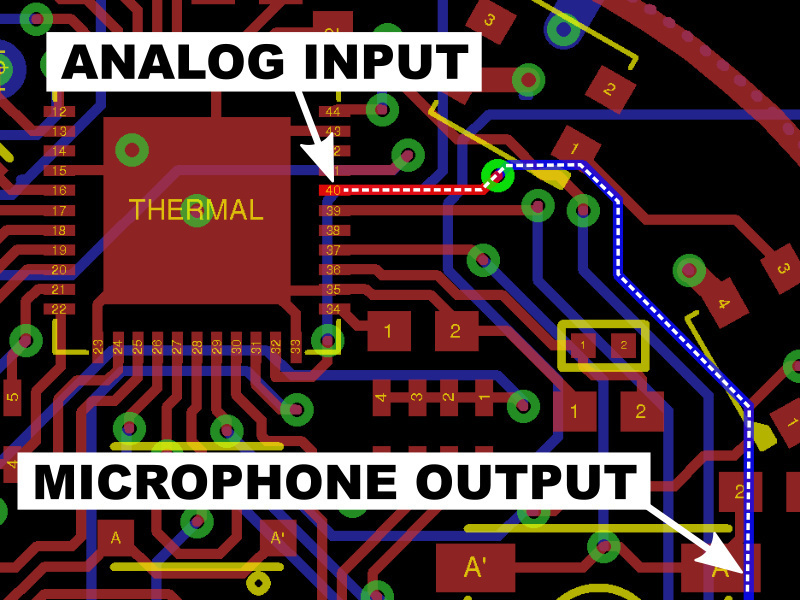 And here's the code for the CircuitPlayground.soundSensor() function. (direct link to repo)

Pretty boring. Nothing fancy or magical. Both the light sensor and sound sensor just call analogRead() for the pins they are attached to and return the value. And now you know why those functions return values from 0 to 1023. It's just the raw 10 bit analog to digital conversion.

Here's the circuit path for the output of the temperature sensor. 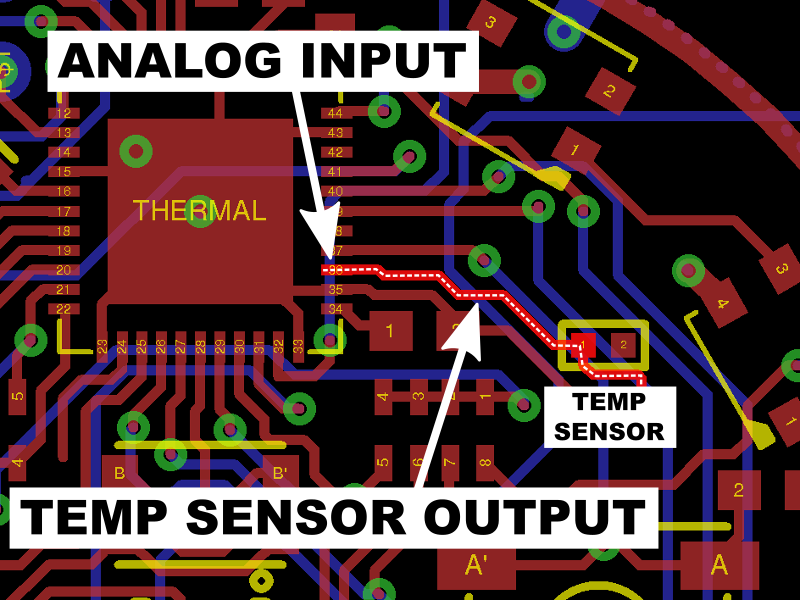 And here's the code for the CircuitPlayground.temperature() function. (direct link to repo)

OK, a bit more going on. But not really. Note that pretty much the first thing that happens is to read the analog value. The rest is just math to turn that into a temperature. In this case, that's more useful than the raw analog value. For the light and sound sensors, there's no really useful thing to convert to, so those just return the raw values. 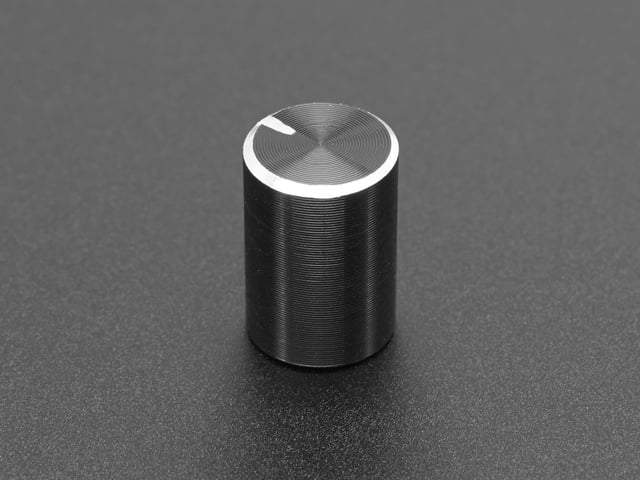 Breadboard trim potentiometer
Out of Stock

Where are those hidden Circuit Playground Express treasures?
Carter Nelson