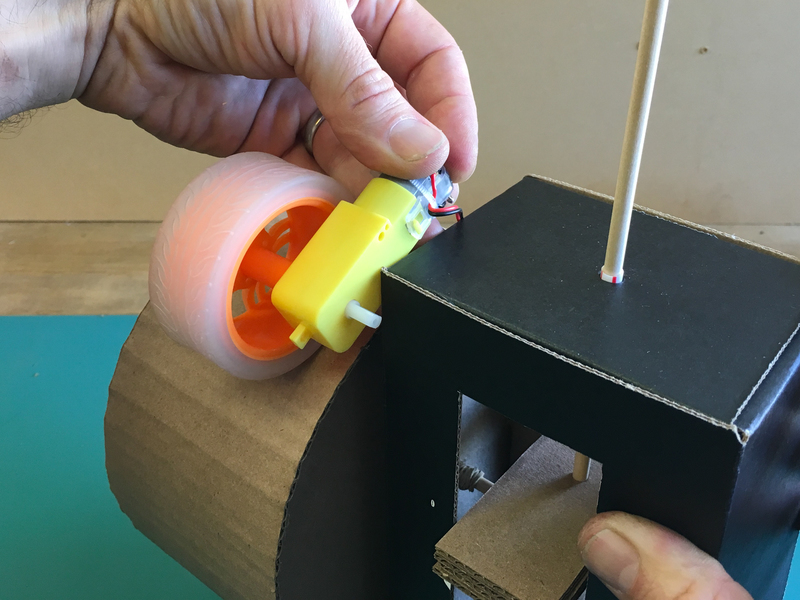 We'll couple the high-RPM DC motor and orange wheel to the cam shaft indirectly by resting the assembly on the large cardboard cam shaft wheel. To allow for irregularities in the surface, we'll have a single pivot, made from a toothpick, that holds the motor in place while still allowing it to pivot in compliance.

That's all there is to it -- gravity will do the rest of the work! 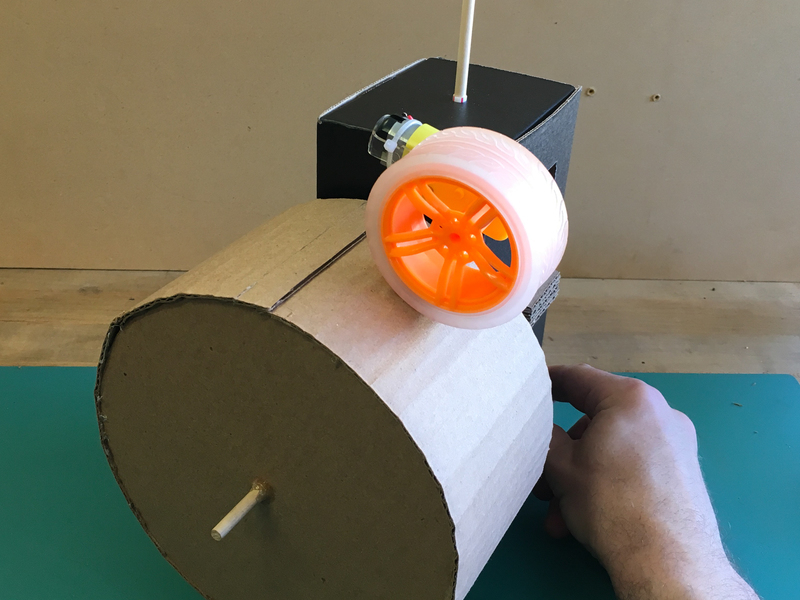 To counterbalance the weight of the motor and wheels, we'll mount the Crickit, Circuit Playground Express, and batteries on the opposite side. 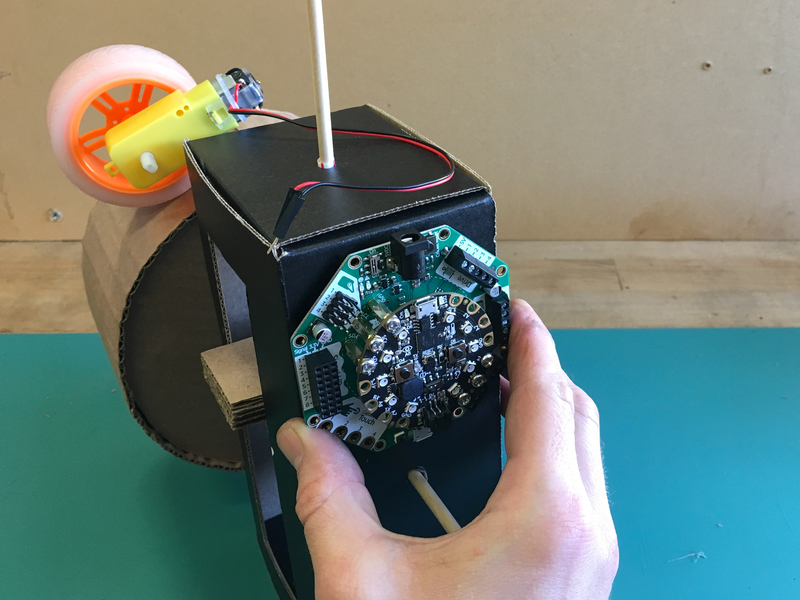 Plug the motor's wires into the Crickit's Motor 1 port as we did during programming. 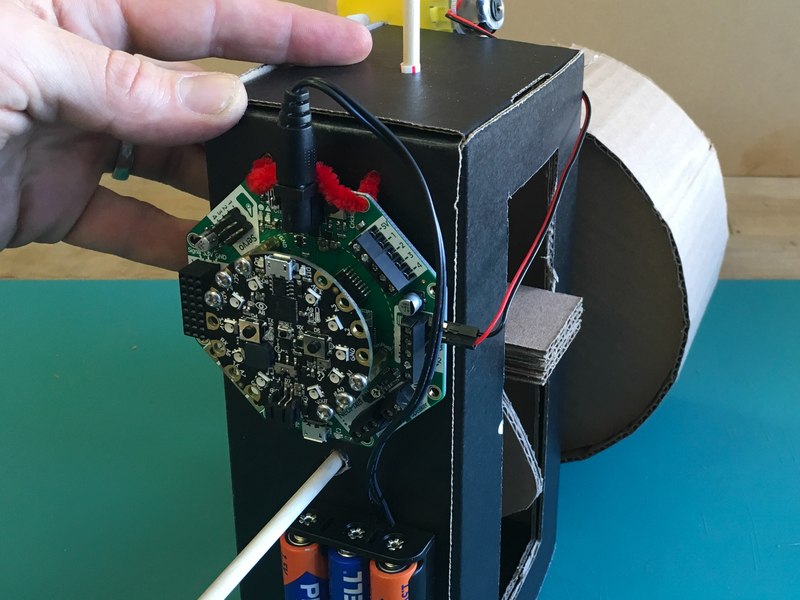 You can now choose what to move with your cam follower mechanism! A simple approach is to draw or print a character to affix to the rod.

Or, you can get a bit fancier and create a jointed character so that just and arm moves, or perhaps the stance of a cat made from pipe cleaners and googly eyes! 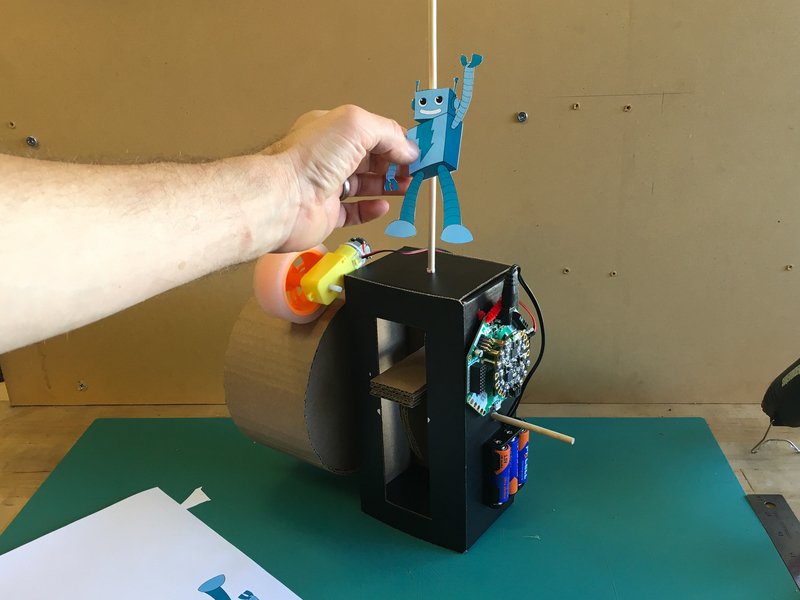 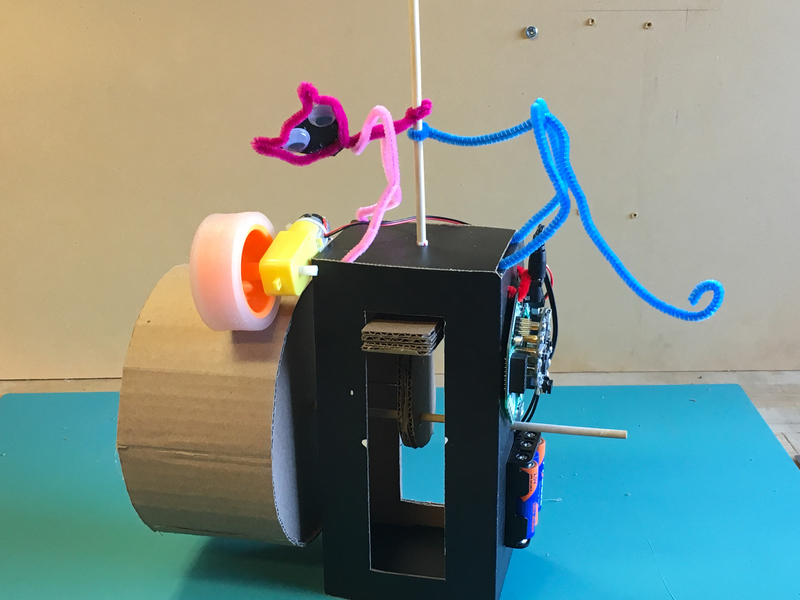 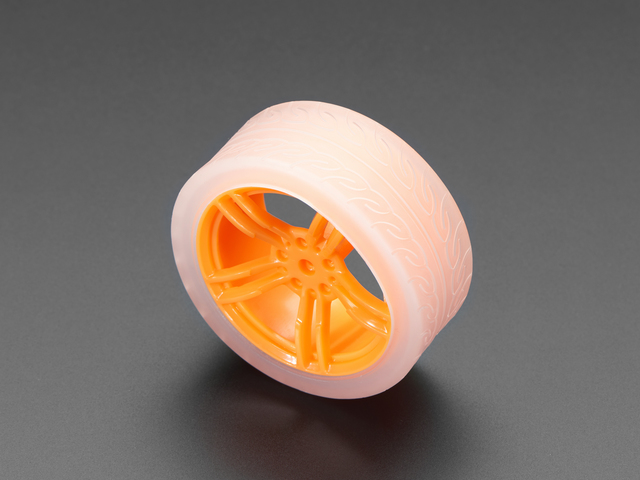 Blow on this Circuit Playground Express-powered puffy cloud to light it up!
John Park

4
Beginner
A talking turkey that comes to life
Dano Wall

Comparison and Experimentation with Flammable Gas...