There are a few different types of caliper you'll come across: digital, dial and vernier. We're going to skip vernier and show the difference between dial and digital. 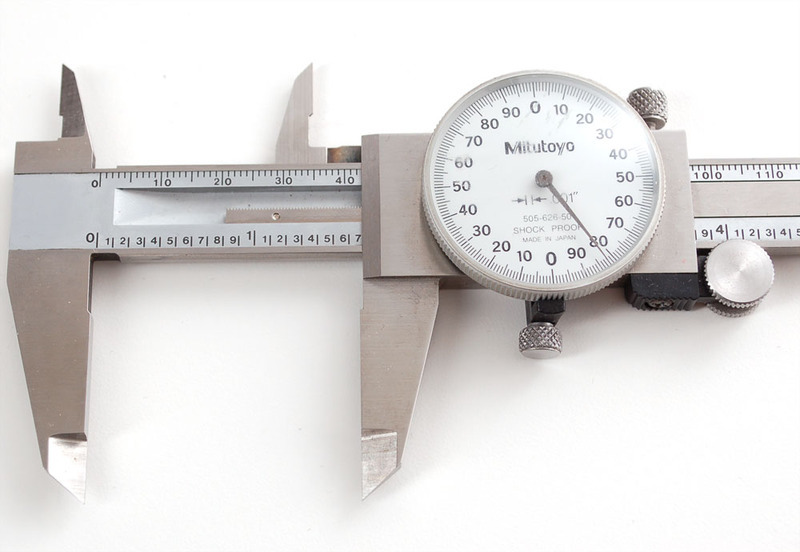 Dial calipers use a mechanical system consisting of a rack and pinion, there's a gear-set inside as well that moves the dial in increments of one thousandth of an inch (or hundredth of a mm). To read, the 'most significant' value is read from the rule and the fractional value from the dial. The nice thing about dial calipers is that they don't use batteries and although are not waterproof, work well even if damp.

There are some downsides: if they are dropped, the rack and pinion can get out of alignment (especially on cheaper calipers) and it can be difficult to recalibrate. They're a little tougher to read and often are either imperial or metric (but not both). 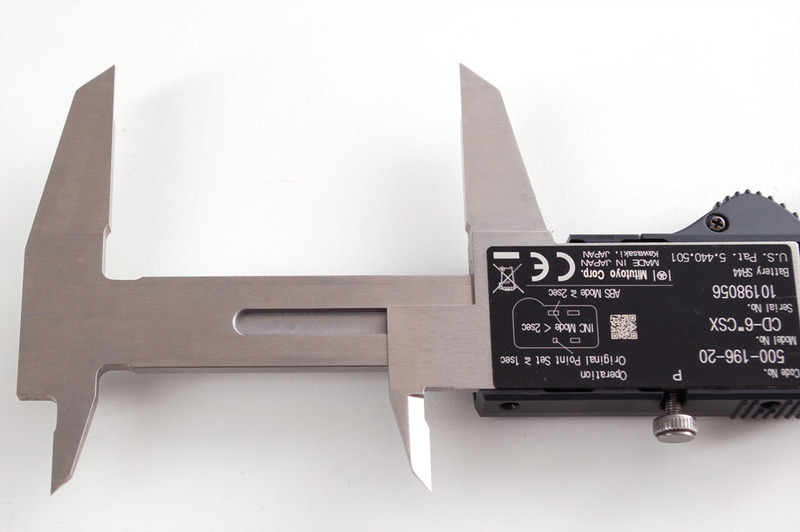 Digital calipers don't have any rack/pinion/gear system. This makes them more shock-proof which we like (since we're a little clumsy and have dropped the calipers a few times).

Digital calipers can also easily convert from inches to mm and back which we really like since a lot of electronics is mixed-units. 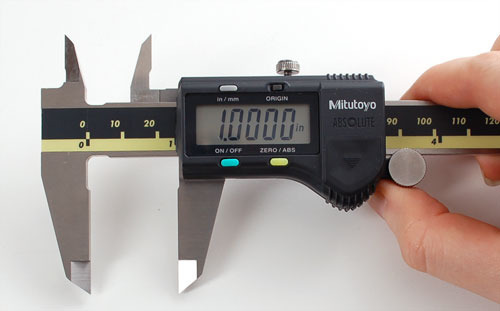 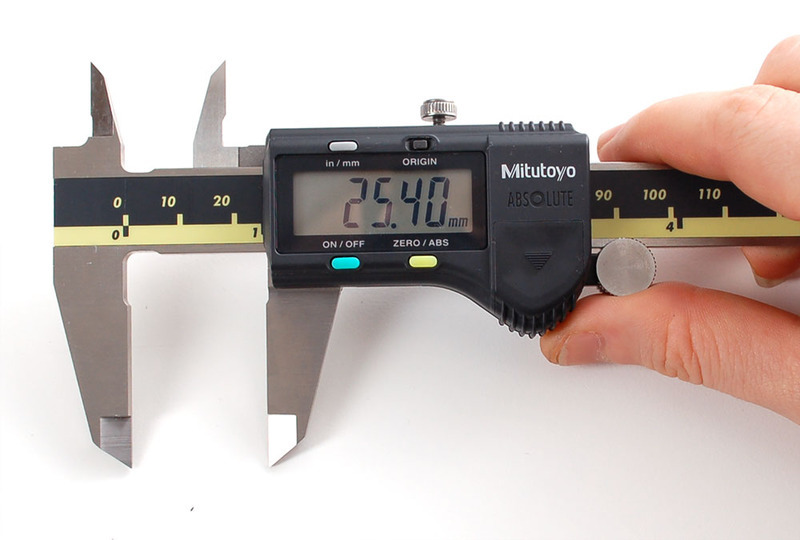 So how does a digital caliper work without gears? it turns out that underneath the plastic 'ruler' overlay is an engraved copper design. The slide part has a circuit board with thin strips that look like a 'comb'. The comb and copper pads form a grid of capacitors, two conductive plates separated by the dielectric plastic overlay. As the comb slides over the copper pattern, the capacitance between the plates changes. If the patterns are engraved precisely, even very small changes in capacitance can be detected by an analog interface (such as an RC timer or oscillator).

This means that if the dielectric changes it can mess up the readings. For this reason, digital calipers can give jumpy readings if they are dirty or wet. 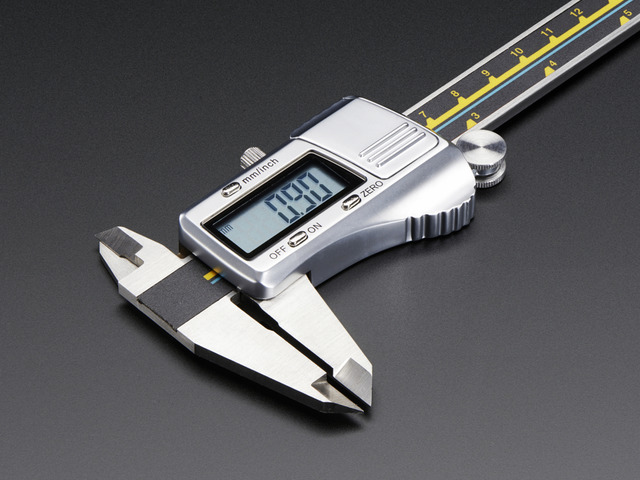 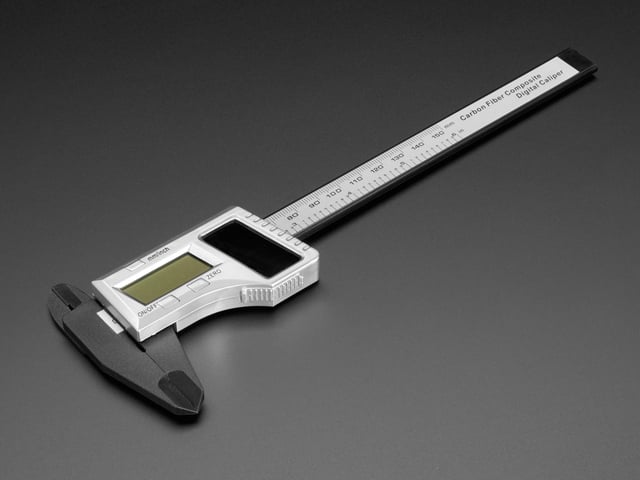 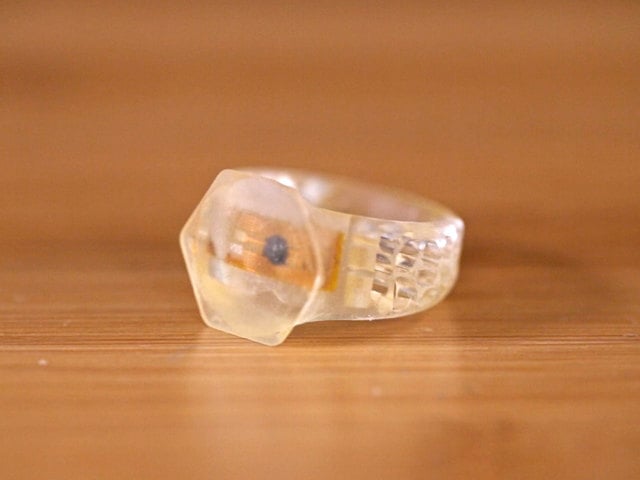 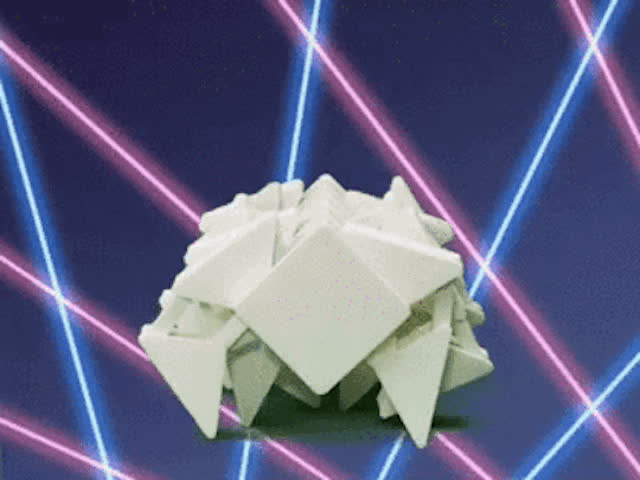