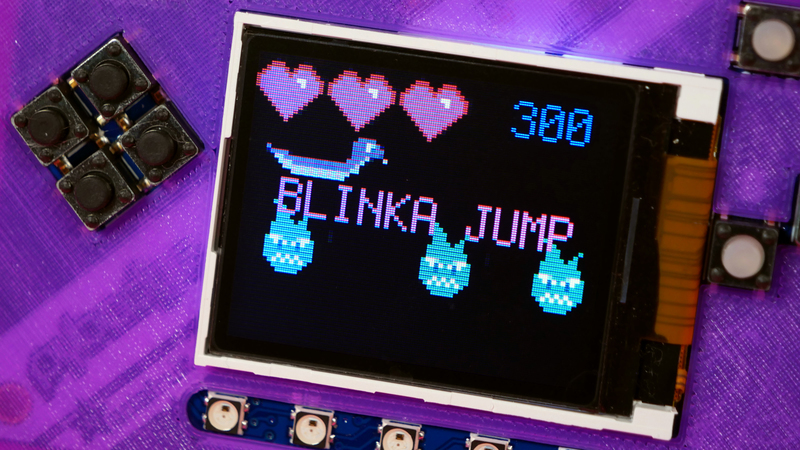 When you power up your PyBadge for a relaxing game of Blinka Jump, you are greeted with a new game splash screen. 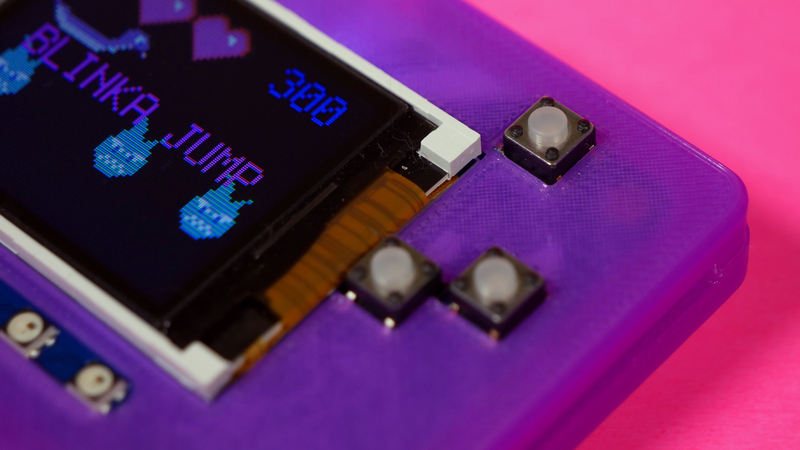 To start the game, you press the start button at the top of the PyBadge. When the game detects the start button is pressed, the game components are reset to their starting states. The three Sparky's are sent off screen, life_count is reset and the new_game_text is emptied. 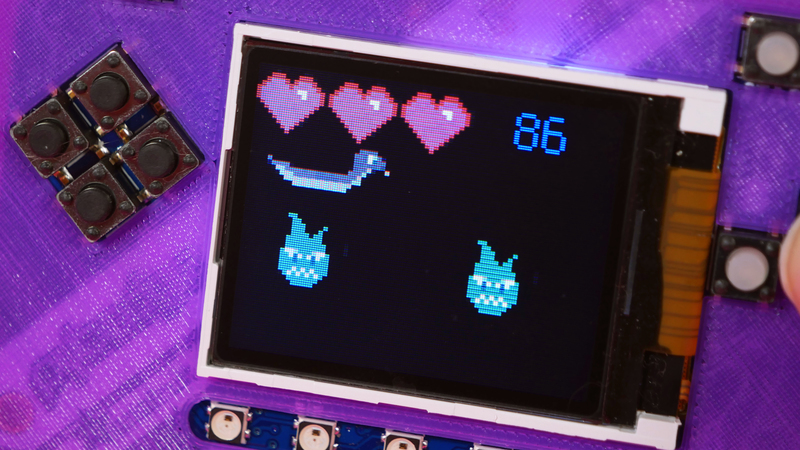 Gameplay begins, utilizing all of the gaming mechanics discussed previously in the guide. You'll use the A button on the PyBadge to successfully help Blinka jump over all the of the Sparky the Blue Smoke Monsters. 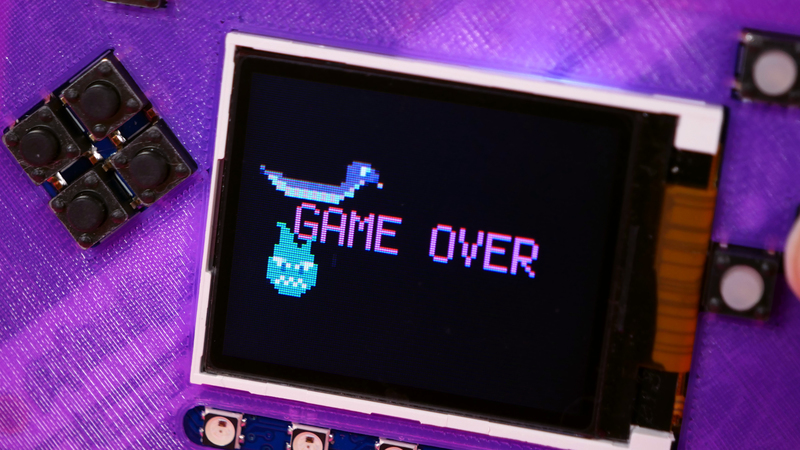 When you run out of game lives, the game goes into the game_over state. The Blinka and Sparky sprites freeze in their positions at the time of the final collision being detected, "GAME OVER" text is displayed in the center of the screen and three tones (a sad chromatic slide) play.

The game remains in this state until you press the start button again on the PyBadge to begin a new game. When that button press is detected, the game states are reset to their starting positions, similar to the initial new game mode when you first boot up the PyBadge. 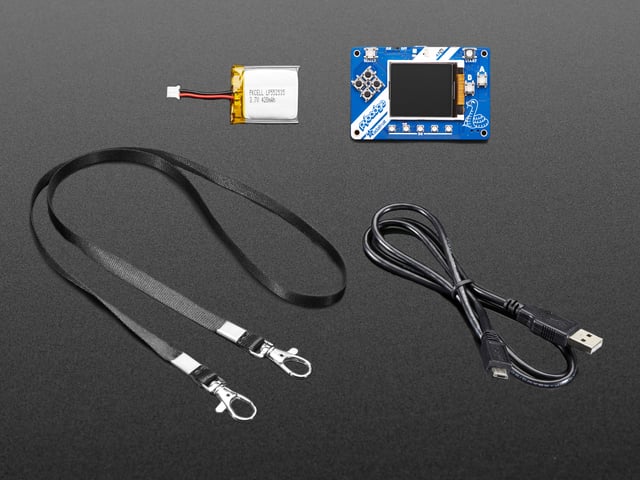 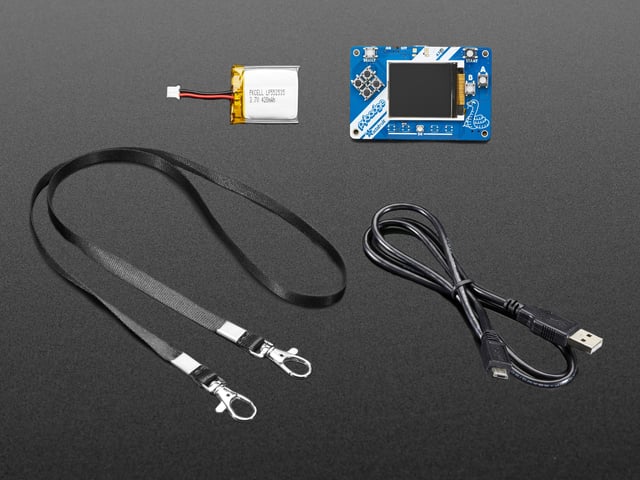 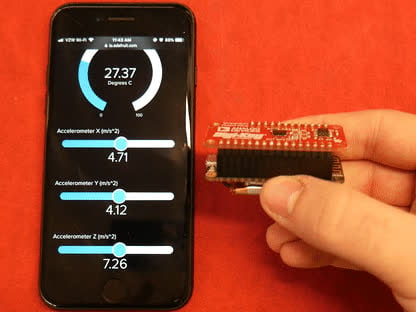