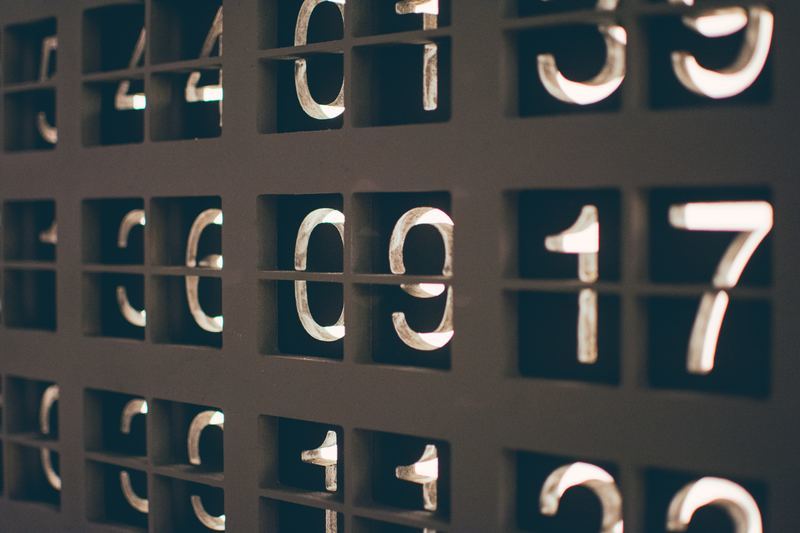 Photo by Nick Hillier on Unsplash

You would think "numbers would be numbers" in all languages but it truly isn't quite the case. All numbers are internally represented in binary inside the microcontroller/computer but how the programming language provides number support tends to vary from language to language.

Often times, you need to know the precision - how big or small the number might be to select the best way to use it in a computer program. This makes using numbers a bit trickier but it is fairly easy to learn.

In Arduino, you have the following types of variables:

The types.h library provides a more modern representation of numbers that tend to behave the same on different devices.

An unsigned short integer, uint8_t, is often used by functions, it also ranges from 0 to 255.

Boolean math is generally done with int values. 0 is false and anything that is not zero, such as 1, is true.

CircuitPython tries to follow the standard Python implementation (often called CPython) as close as possible. Given microcontrollers do not have an operating system, some things are done a bit differently, but these are documented.

Here are the current types in CircuitPython:

Boolean is an actual type in CircuitPython and can be the values True or False.

Changing the Type of Numbers

In Arduino/C this is called casting. Place the type of the number you want in parenthesis before the variable.

In CircuitPython, you use function-like syntax:

Division, One Slash vs. Two

A single forward slash / is floating point division in both languages.

A double slash // in Python is special. It divides and drops any values past the decimal point, often called a floor function.

Logical operators are used mainly in if statements and other block / loop statements. These are NOT the operators used for bitwise and/or/not, only for constructing logical comparisons.