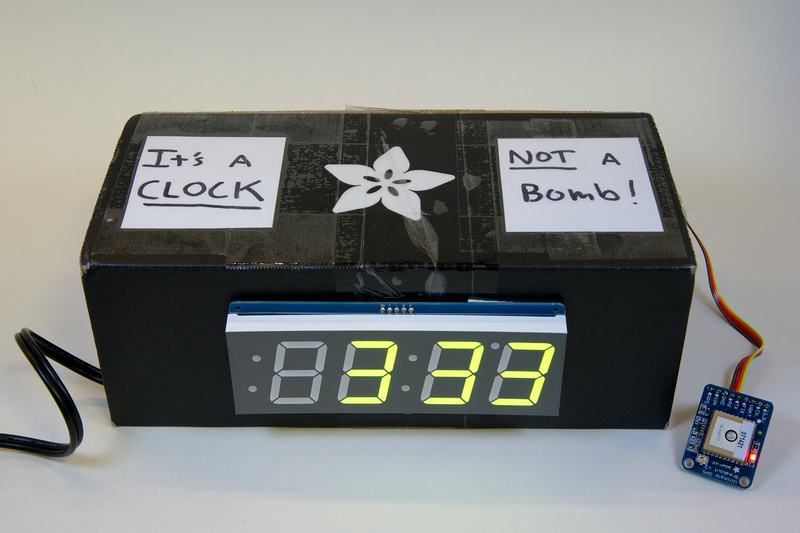 This is a project to build a clock with an Arduino that sets itself using time broadcast from GPS satellites.  The inspiration for this project came from another cool clock built by a 14-year old and that captured the interest of the President of the United States.  Unfortunately not everyone saw that clock as the awesome creation of a teenage engineer, instead some people feared what they didn't undestand.  This project will show you that anyone can build their own clock with a few parts and a little time.

There are two ways this clock can be built.  One way is with a GPS receiver which allows the clock to set its time automatically.  There are a few dozen GPS satellites in orbit above the entire globe and all of them have extremely accurate clocks that make determining your position on earth possible.  By tapping in to the time broadcast from these satellites you can easily build a very precise clock.

The second way to build this project is with a battery-backed real time clock module.  This won't set itself like a GPS clock, but it will keep good time for many years.  Both options work great for making a clock!

The best part of this project is that you can build it yourself exactly how you desire.  You can put it in a fun case or just use a cardboard box--get creative and have fun building the clock.  Learning and making things yourself is something to celebrate and encourage in people of all ages.  Who knows maybe you'll build a clock that's so cool the President wants to see it too! 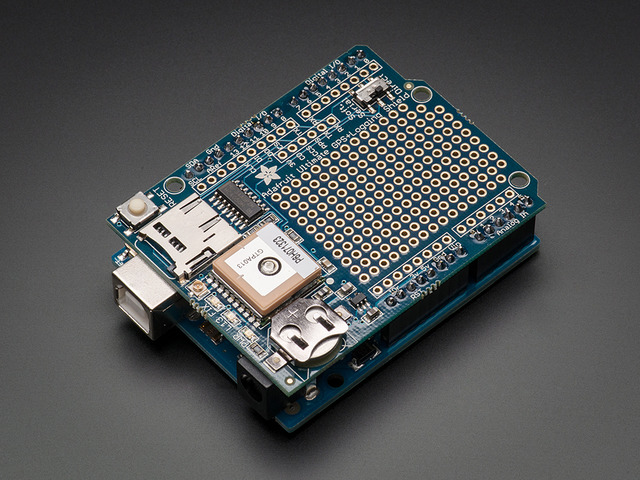