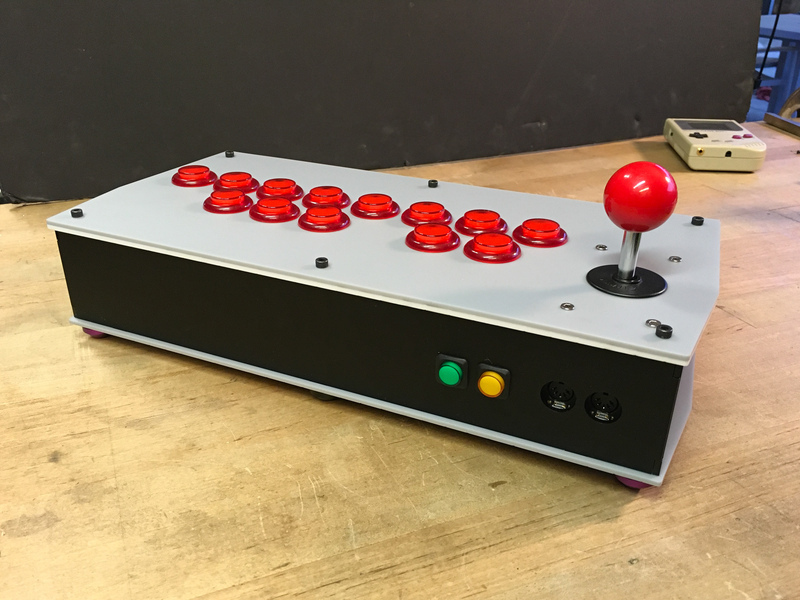 Plug in a micro USB cable to the Feather, and plug the other end into your computer (particularly for USB MIDI usage) or a USB power supply.

For audio out, plug in a stereo 3.5mm TRS cable into the jack on the Protoboard -- plug the other end into your amplifier, powered speakers, or audio interface.

Optionally, if you're sending out classic MIDI signals, plug a MIDI cable into the MIDI out, which is the MIDI port closest to the reset button.

Power on the Arcade Synth Controller by pressing the green switch after a moment the buttons will light up and you're ready to play.

Start the arpeggiator by pressing the white button on the left on the front of the controller -- this button is unlit when the arps are stopped and lit up when they're playing.

You will hear the synth playing a C major arpeggio, as the first keyboard button on the controller is lit by default. Sucess!

Here are the other controls to try:

This page (Play the Arcade Synth Controller) was last updated on May 19, 2022. 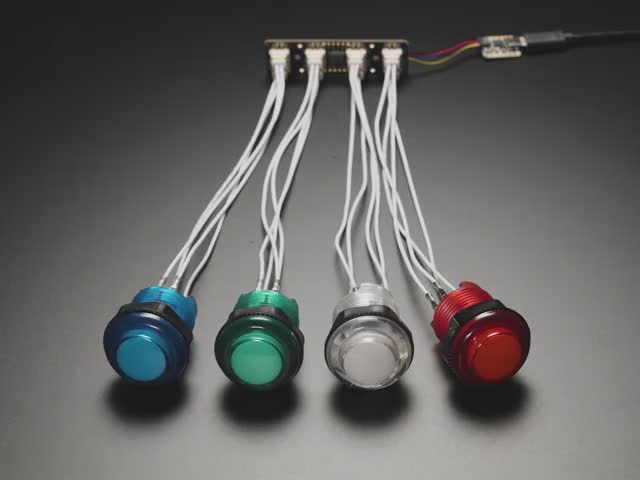 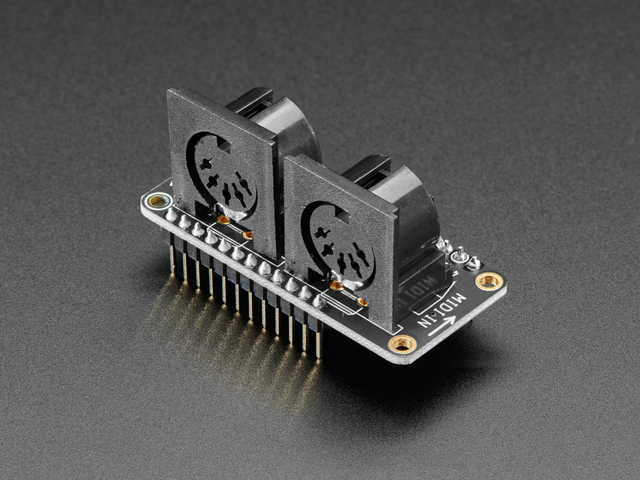 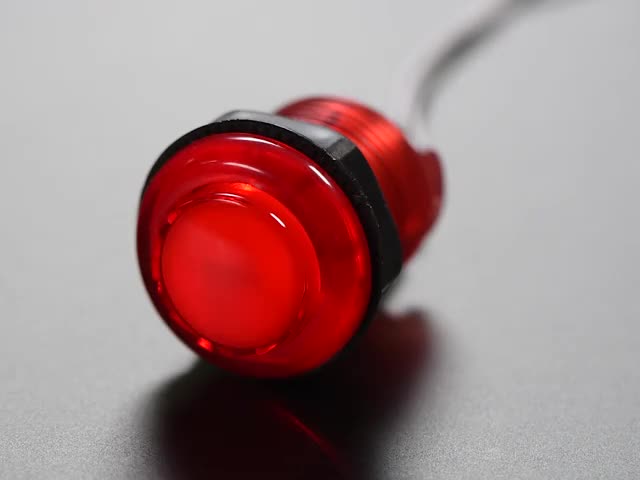 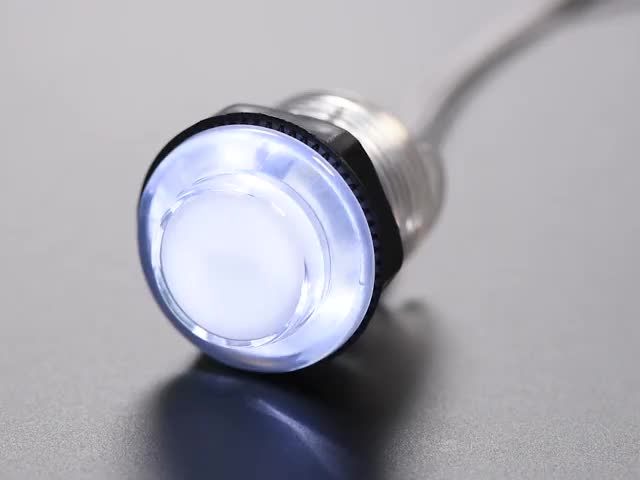 A CLI in CircuitPython
By Dave Astels
8
Intermediate