Real Newtons are a bit expensive to pick up since they've become collectable, but thankfully there's an open-source emulator called Einstein. It has binaries for macOS and Ubuntu and can be built for iOS, macOS, Linux, and Android. Note that the build provided for Ubuntu is 32-bit, so on a 64-bit system without 32-bit support it won't run ("no such file or directory").

It needs a Newton ROM to run but they're not distributed with it since that's a legally murky area. Don't worry though, they're around. Get the 8MB MessagePad 2100 ROM.

For the full effect, you need to use Einstein with a touchscreen, even better on something with a stylus/pen, but it'll work with a keyboard and mouse too. To use it on iOS and Android, you'll need to build it from source and that's beyond this guide, so we'll stick to macOS or Ubuntu. If you're using Windows you can use VirtualBox to install Ubuntu 32 bit and get it running there. 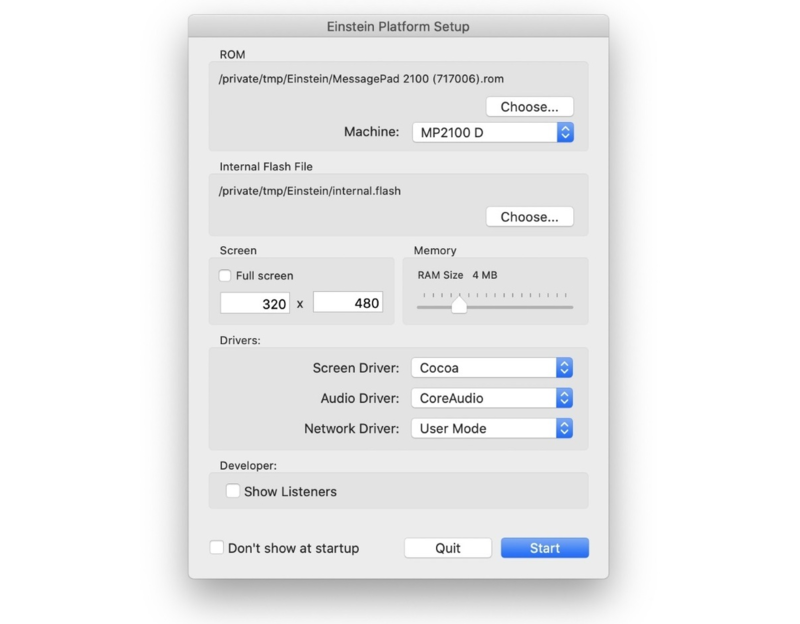 Choose your ROM file here and pick the MP2100 D, the last and most capable Newton. Make sure you have 4MB of RAM and the defaults should be fine for everything else. You can choose the location of your internal flash file - this will save the data of your emulated Newton. 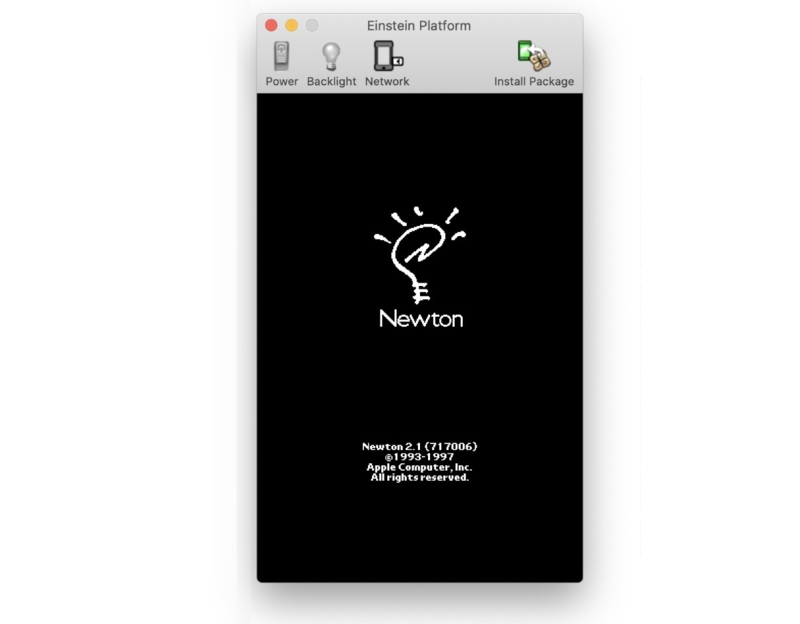 Welcome to Newton! First it'll have you do some setup tasks. 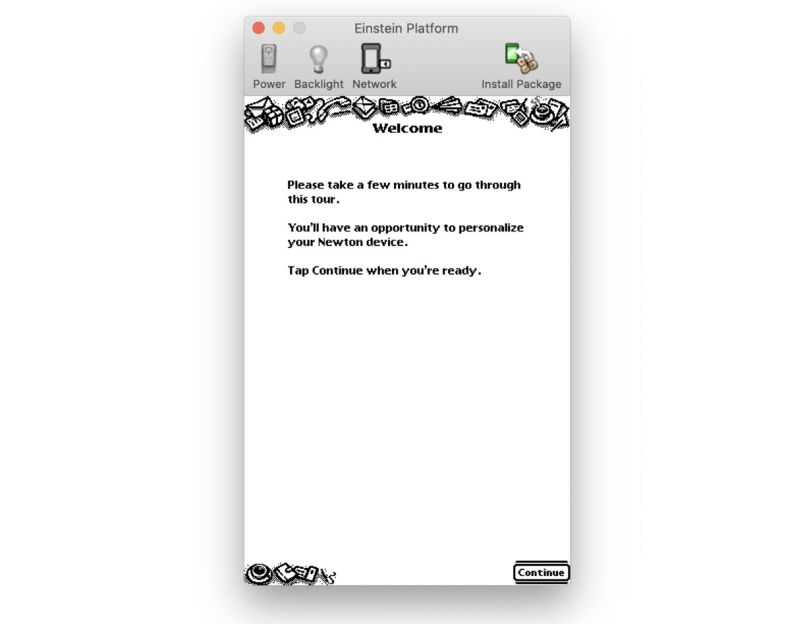 Most of them aren't necessary but you can customize it as much as you like. When you're finished with that you'll reach the main screen, the notes page.