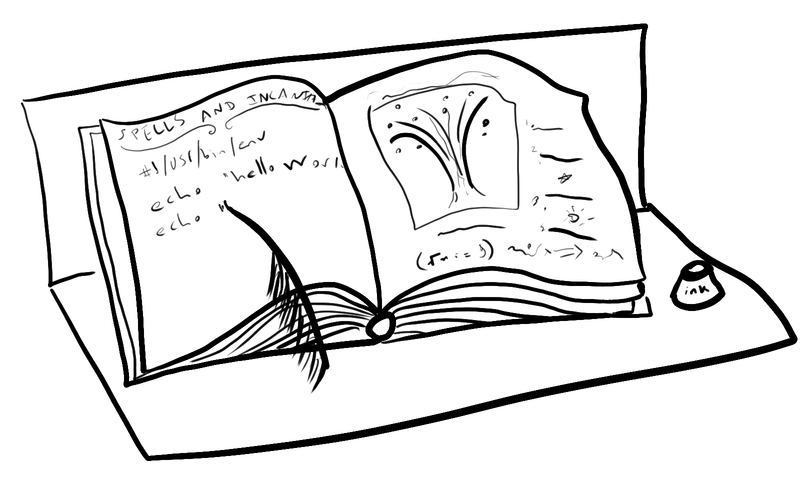 If, metaphorically speaking, a shell pipeline is kind of like an incantation or minor spell that you come up with on the spot to solve some problem, then scripts are a lot like the pages of a spellbook where you keep the incantations that you've found really useful.

Just about any sequence of shell commands you'd type at the prompt can be stashed in a simple text file and executed as a program.

What's more, Bash has many of the features you'd expect of a programming language:

Between these constructs and the features provided by the standard utilities, shell scripts can be used to solve all sorts of problems. For example: 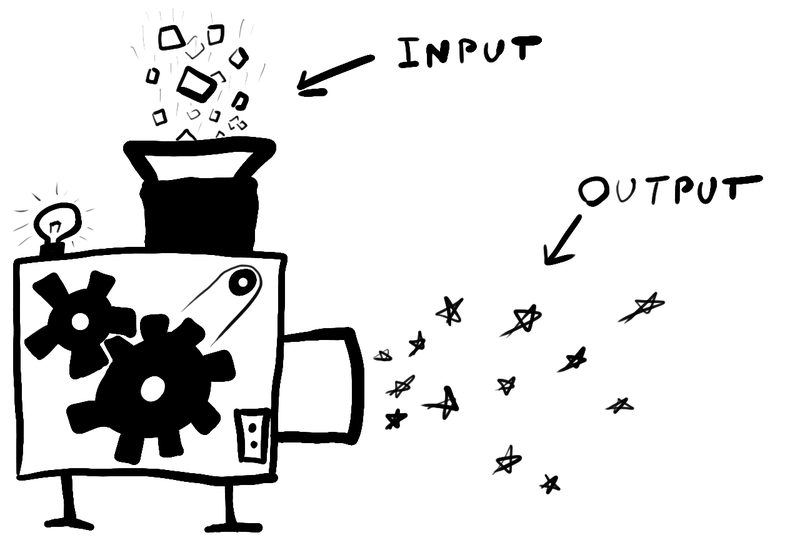 Let's assemble a very simple filter script that turns all the non-space characters in its input into little stars. First, open stars.sh in Nano:

Next, type or paste the following lines and hit Ctrl-x to save the file.

To break this down:

Now make the file executable, and give it a try...

Hit Enter to submit text, and Ctrl-d on a line by itself to end input. You could also, just as easily, pipe the output of some other command to ./stars.sh.

Customize your .bashrc Write Shell Utilities in Other Languages