Skip to main content
All the Internet of Things - Episode One: Transports Ethernet
Feedback? Corrections? 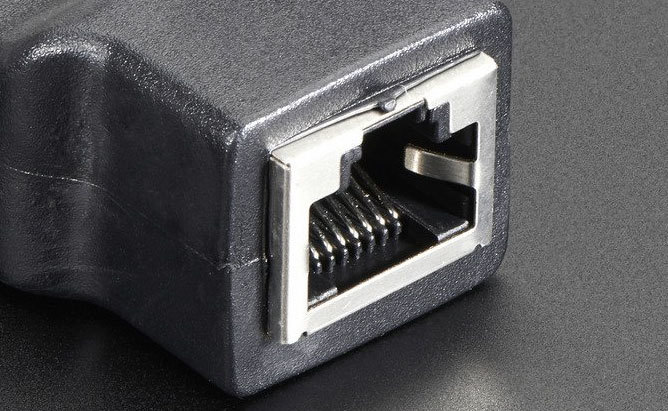 Good ol' Ethernet. This ‘ancient’ protocol has withstood the test of time. You almost certainly use Ethernet at home and at work. Ethernet has a standardized connector, the venerable RJ-45. When you need something to "just work," often a wire will do that. (Just because it's "IoT" doesn't mean it's wireless, just that many Things happen to be wireless.)

Here are some of the good things about Ethernet:

The biggest benefit of Ethernet is the high speed and plug-and-play. No SSID configuration or pairing.

There are some security considerations (we'll get into security later), but there are benefits of just having a wire since someone needs physical access to tap or connect to Ethernet. If you have a wire and MAC-assigned IP addresses you generally have more control over what and who can access something. Just don't use default passwords on your IoT devices and expose them to outside internet directly without being smart about security.

Ethernet is generally used when you do not need a lot of range (you're stuck with the length of the cable after all) and you need to move around a lot of bits.

Ethernet is low cost and highly reliable, so its perfect for voice/VoIP applications. This simple telephony box has pretty much 3 plugs - power, Ethernet and phone.

Security and video cameras also often come with Ethernet so they cannot be jammed, and so they don't have to be updated when the password changes. You can see on this one the Ethernet jack is at the end of a cable

You'll get way fewer drop-outs / hiccups with Ethernet, and the throughput and 'lag' tend to be better than WiFi, so it's perfect for gaming consoles or set-top boxes where you have a lot of video/audio/data

Ethernet can range from 10 Mbps to 1 Gbps (1000 Mbps). 10-base-T is what you’ll find on small microcontrollers, 100-base-T (100Mbps) is found on many higher-power microcontrollers or single board computers, 1 Gbps is what you’ll find on high end equipment that needs to stream a lot of data. Compare that with future transports we’ll discuss, that are sometimes specified in ‘bps or ‘kbps!

Adding Ethernet to your IoT project

Since Ethernet is royalty-free, universally used, and reliable, it's common to find ways to add Ethernet on a device. That is to say, you will not be the first person who wants to Ethernet-connect.

If you're using our Feather series of boards you can add Ethernet very easily with our Ethernet Featherwing. It is 10-base-T only, and uses common SPI to send and receive data. It works well, and has nice link/activity indicator lights on the plug. There's an Arduino library for the Wiznet 5500 chip, and the Wiznet chip handles all the transport-and-below layers.

Raspberry Pi computers like the Pi 3 have 100-base-T Ethernet built in and default work when plugged in. Literally no effort from the development side required!

100-base-T is the most common speeds you'll find above the most simple microcontrollers, and can handle video/audio streaming just fine.

Other higher-end single-board computers like this ASUS Tinker may come with 1 GBPS Ethernet. Because gigabit Ethernet can't run over USB 2.0 at full speed, you can't use a common USB-to-Ethernet converter. If you need the speed, the board needs to have native hardware support or a Thunderbolt/USB 3 class port

One down-side of Ethernet is that it has a fairly high current draw, and you’ll need to budget 200-300mA of constant current available during listen/transmit. However, since you're running a wire anyway for an Ethernet device usually you can plug in for power and/or get Power over Ethernet PoE.

PoE is a network standard that puts 48V on the unused data wires (or, with Gigabit Ethernet, shared with data wires). This allows the network cables to carry data and power. IP cameras, VoIP phones, lighting, and wireless access points are where you'll see most of this action. PoE routers are becoming fairly common and they’re very affordable.

PoE routers have big power supplies but can provide multiple devices with power. It's a little more investment up-front but if the end-devices support it, makes cabling waaaay easier.

You can add PoE to your design with extra chips and hardware (hopefully the device you have can do the transport ‘negotiations’ to turn on PoE). The technical name for PoE is IEEE 802.3af or IEEE 802.3at so look for that labeling.

Or you can use a PoE converter which will split the Ethernet+Power into two plugs - there are both injectors and splitters.

Check out our PoE splitter at Digi-Key

They also have a wide range of other 802.3af devices here