For cutting, use 5000 ppi frequency. Remove the top layer of paper.

REMEMBER THAT ACRYLIC IS FLAMMABLE - DO NOT LEAVE THE LASER UNATTENDED!

Moleskine covers contain PVC, and should not be engraved on a laser cutter - they contain harmful toxins that can damage you & the laser! 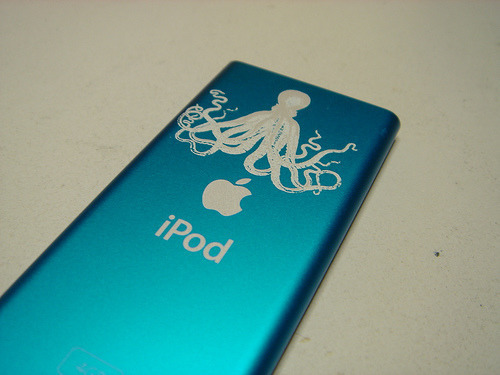 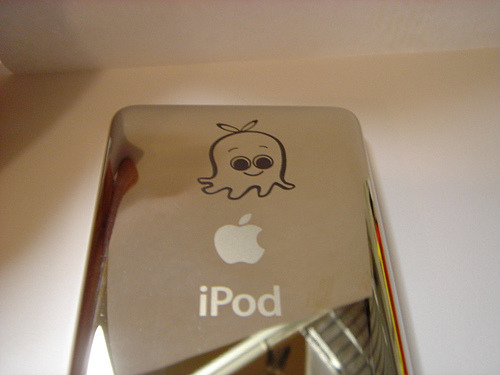 Other iPods with stainless steel backs should be etched with Cermark spray (Get more info under Supplies.) 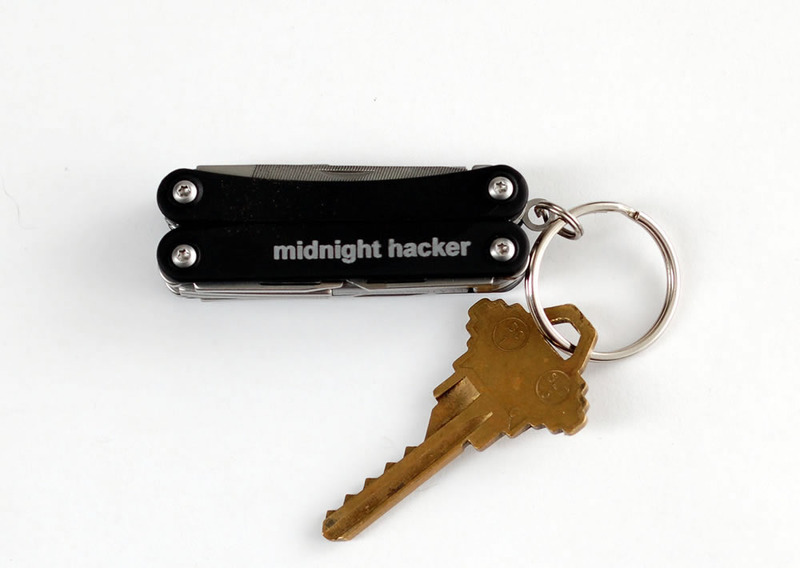 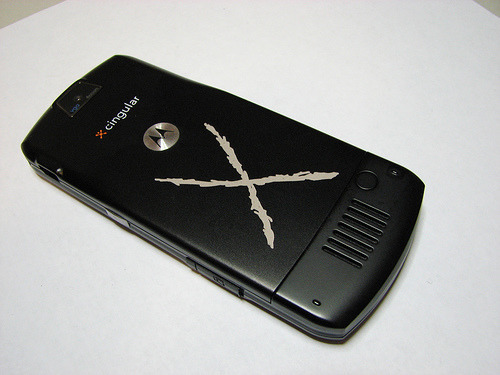 For phones that are metallized (such as this Motorola RAZR) use standard Anodized Aluminum settings. 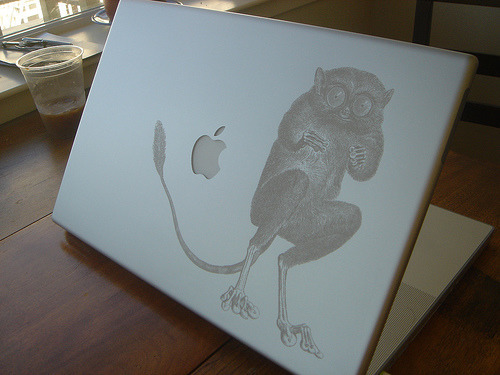 On a 45w Epilog Helix a setting of 100% power and 15% speed achieved the darkest and most uniform black using Cermark spray on the prushed aluminum side panel from a G5 tower. 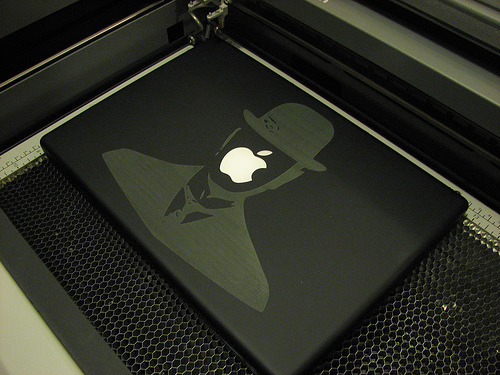 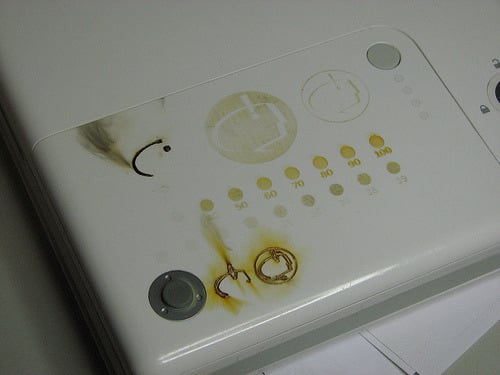 So far, these cannot be (easily) etched or marked because the case is made of polycarbonate which turns yellow and chars when laser cut or etched! We've attempted some low power and multi-pass etching, it's promising but so far the demand is pretty low.

It might be worth trying masking tape [My sales rep recommended it for solving those kinds of problems, but I don't have an iBook/MacBook on which to test the theory. Bill]

Sadly the wavelength from CO2 Lasers make it really difficult and almost impossible to engrave on polycarbonate. The only solution (so far) to engrave this material is to use a YAG/Fiber laser. A great example of this technology used on a white MacBook is on the following link to the Epilog's website. 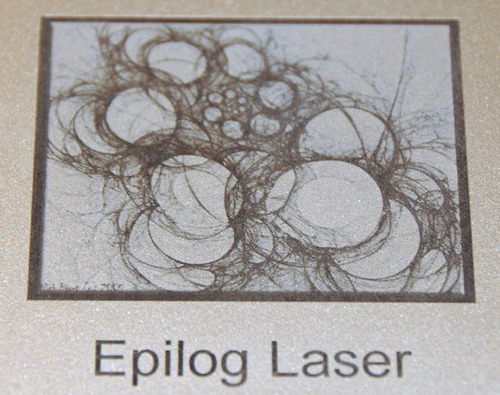 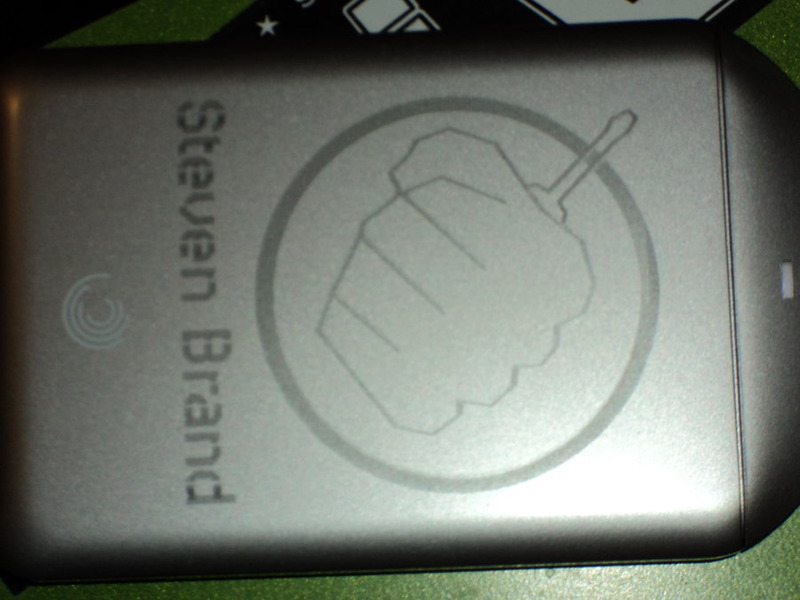 Having just completed testing of both bare etching and Cermark marking, I was rather surprised with the results. It appears that titanium will mark under just the power of the laser alone, and the color will vary according to the amount of energy utilized (in this case as a factor of power * speed). Here is an image of etching titanium bare, and with Cermark: 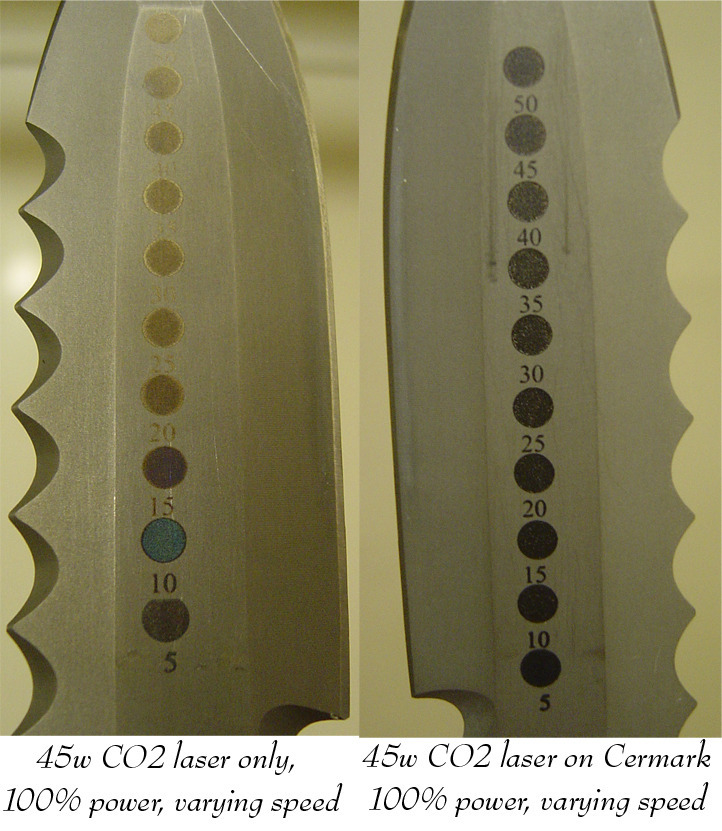 After giving this a shot, I found that a speed of 92 and a power of 80 works pretty dang well (I used a 75 watt helix so your milage may vary). Home made coasters! 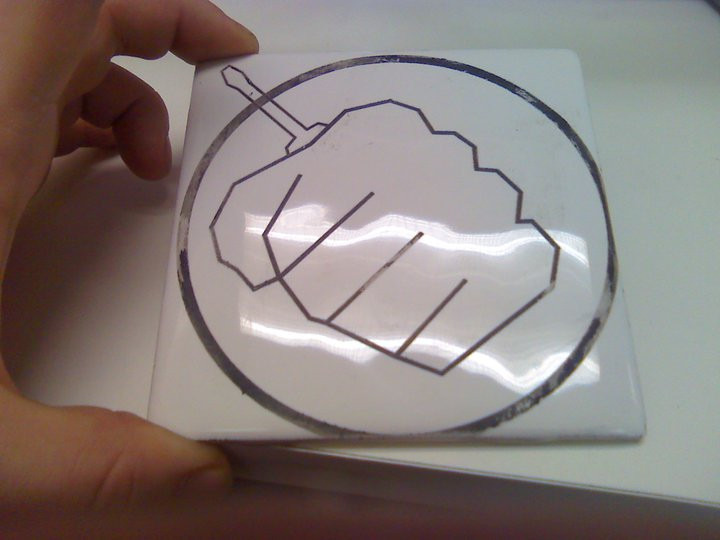 Using a 35W Epilog mini, 60% power 100% speed. The beans should be placed in some sort of soft holding bed both to even them out as well as to stop the air assist from moving them. We used lentils and eventually made a jig with cardstock to mass produce the beans. 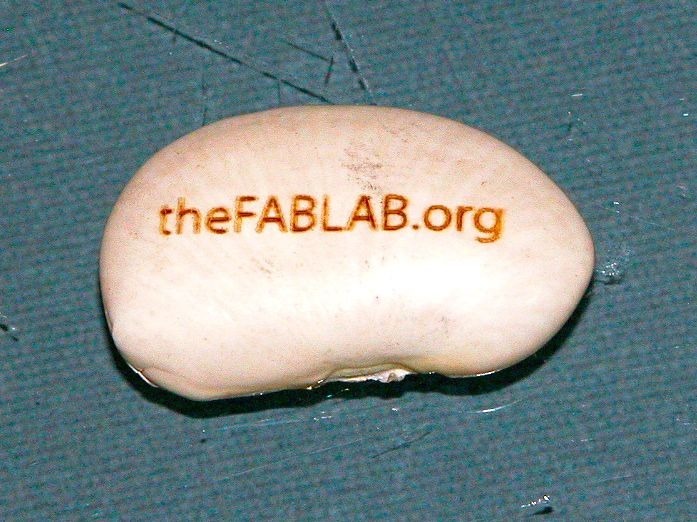 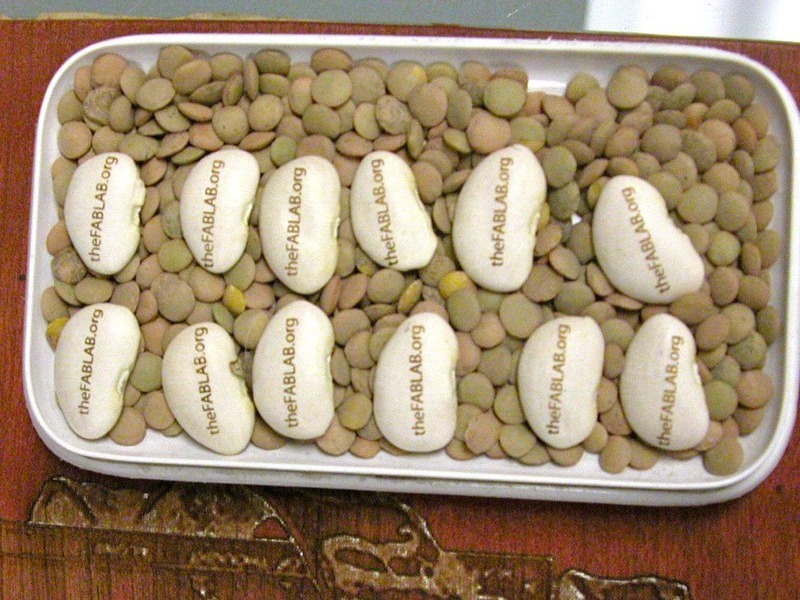 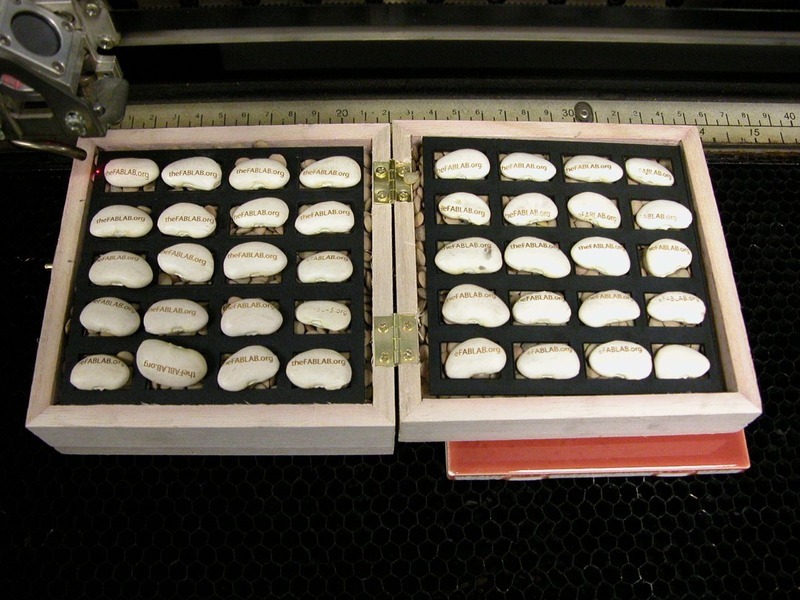