Either a windows computer running Windows XP or Windows 7 (suggested) or an Intel Mac running Parallels or Bootcamp.

Must have USB or Ethernet (Ethernet is faster) in order to connect to laser cutter.

Don't forgot to use a crossover Ethernet cable to connect to the printer on a PC! (Macs automatically crossover the cable). 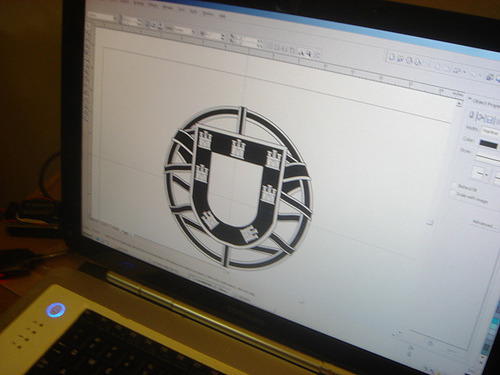 There are other applications that work with the Epliog laser (the laser is basically a "printer") but we use what seems to be most supported, Corel Draw. The retail / download version costs about $379. If you're using a Mac (Intel based) you can use Parallels, that's likely the set up we'll end up with. A Macbook pro with Mac versions of design tools (Adobe Illustrator) and just Corel to "print" to the laser when needed. Any modern PC should run Corel Draw fine, we've found that it's usually easier and better to edit graphics on a Mac and use the PC for Corel Draw and lasering.

Since the laser has 600+ DPI precision, vector images look the best. You will probably want to convert your files from bitmap to vector. Here are some suggetsions: