Since both Flora accelerometer breakouts have identical pinouts, these instructions work for either board.

The wiring is simple. Connect 3v, Gnd, SCL, and SDA on the accelerometer breakout to the corresponding connections on the Crickit. The FeatherWing Crickit has a hole for each Feather connection which makes this very easy to do.

The first step is to find the center of the Crickit. We want accel chip centered so that all three axis of rotation run though the center point of the board, just like on the CPX. That's pretty easy: just find the intersection of the lines between opposite corners. 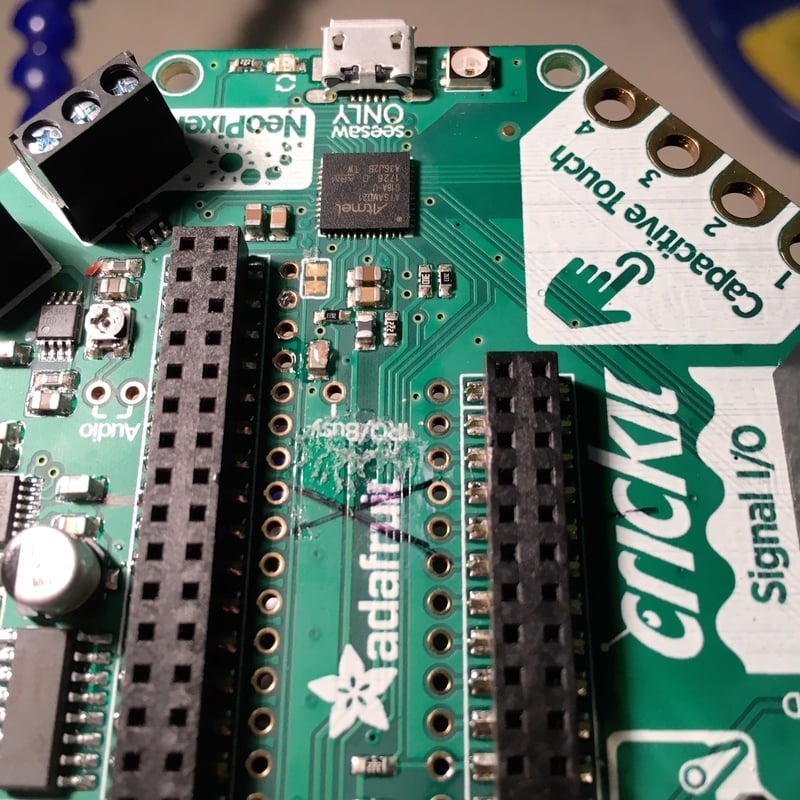 Next we need to decide how to orient the breakout. You'll want to line up the sensor axis along the natural axis of the Crickit, but also want to consider ease and neatness of the wiring. Since 3v and Gnd are on one side of the Feather (at opposite ends of the long header) and the I2C signals are at one end of the other side, it seemed reasonable to arrange it as show in the photo: 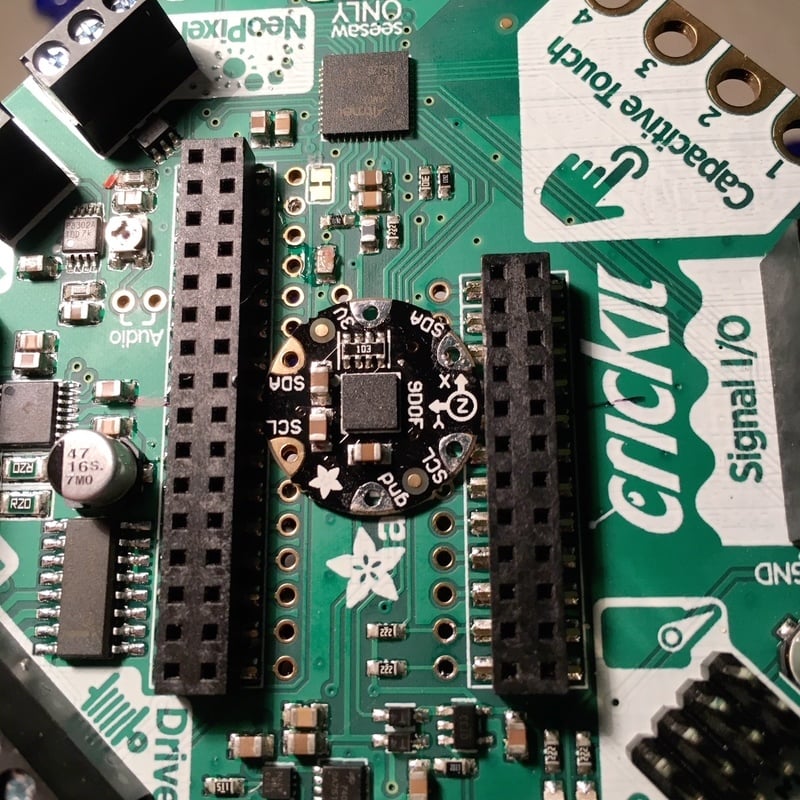 Now that we know where the sensor is going to be, let's wire it up. 30 gauge silicon coated wire is perfect for this sort of thing: it's thin and flexible and the coating doesn't melt at soldering temperatures. It's become my standard wire since I started using it. 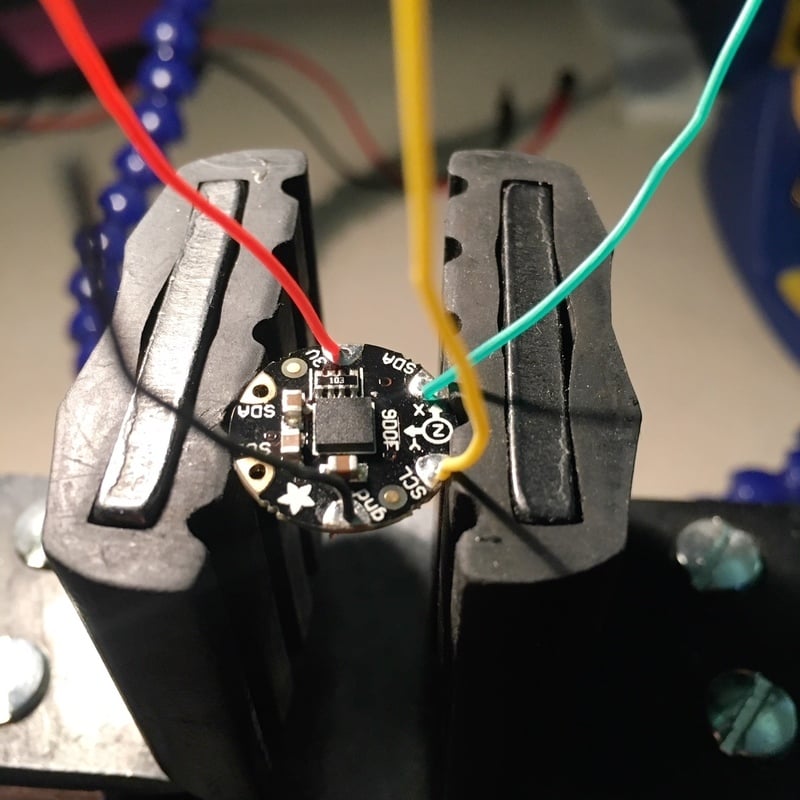 The next step is mounting the breakout. To avoid any chance of shorting against the Crickit, I used a sticky rubber bumper, sticking it onto the Crickit where the breakout was going to be placed. Using a clear one let me get it in the right place (using the center mark). 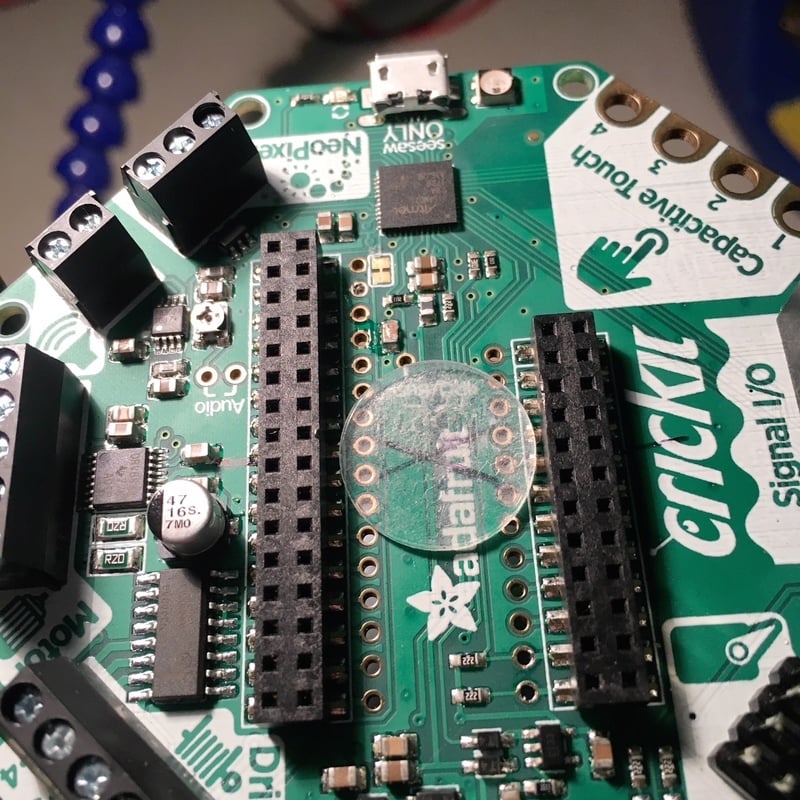 Then it was just a matter of using a bit of superglue to attach the breakout to the rubber bumper. Once the glue sets, it's time to wire it to the Crickit. 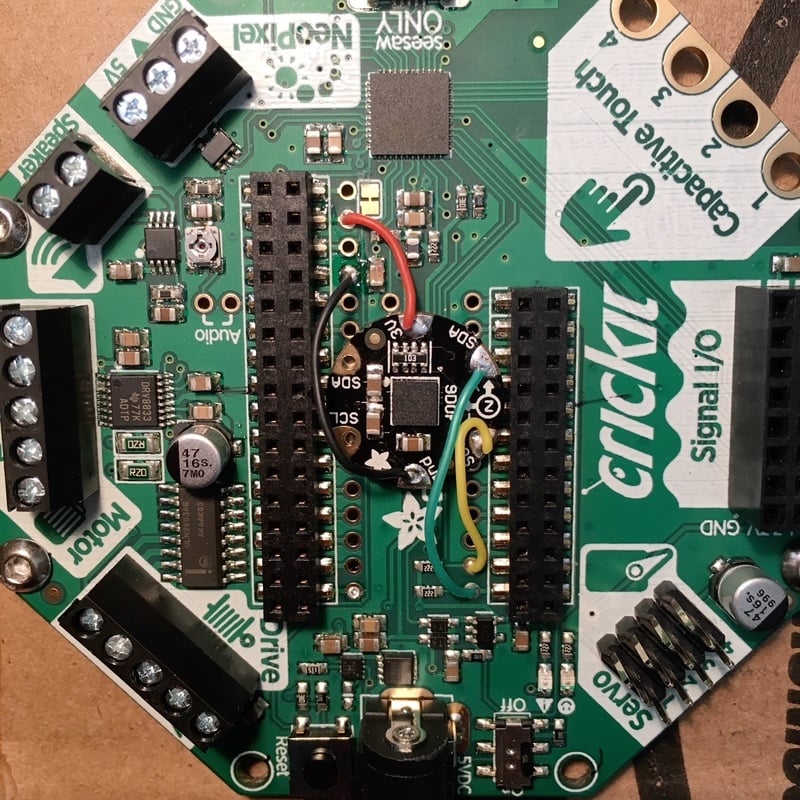 That's it. It's ready for some code.

Sensor Plotting with Mu and CircuitPython
By Kattni Rembor
63
Beginner