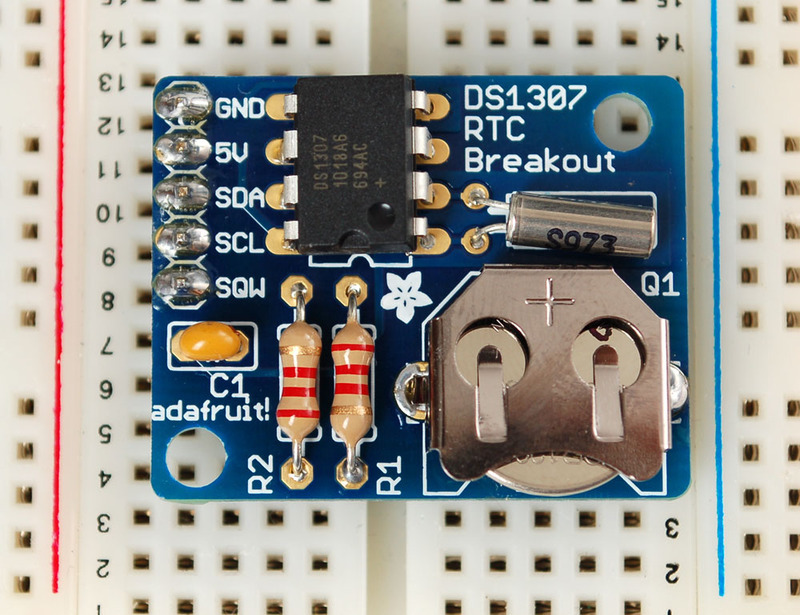 This tutorial requires a BeagleBone Black running the Angstrom or Debian distribution. Other distributions may work, but are not tested as part of this tutorial.
The BeagleBone Black (BBB) is similar to the Raspberry Pi in that it is an ultra-low cost computer. This means that some standard computer features had to be cut out in order to reduce costs. For example, your laptop and computer have a little coin-battery-powered 'Real Time Clock' (RTC) module, which keeps time even when the power is off, or the battery removed. To keep costs low and the size small, a battery-backed RTC is not included with the BBB. Instead, the BBB is intended to be connected to the Internet via Ethernet or WiFi, updating the time automatically from the global ntp (nework time protocol) servers.

For stand-alone projects with no network connection, you will not be able to keep the time when the power goes out. So in this project we will show you how to add a low cost battery-backed RTC to your BBB to keep time!

To keep costs low, the BeagleBone Black (BBB) does not include a battery-backed Real Time Clock module. Instead, users are expected to have it always connected to WiFi or Ethernet and keep time by checking the network. Since we want to include an external module, we'll have to wire one up. We'll go with the easy-to-use and low-cost DS1307. To make the job really easy, we'll use the the Adafruit DS1307 RTC Breakout Board Kit - it comes with all the parts you need, even a coin battery!

The Kit does require a little light soldering. In theory you could use all the parts and build them onto a breadboard, but the coin holder is a little difficult since its not breadboard-friendly, so please go ahead and build the kit.

When building the kit, leave out the 2.2KΩ resistors - by leaving them out, we force the RTC to communicate at 3.3V instead of 5V, which is better for the BBB!
The diagrams below show the 2.2KΩ resistors in place - but please remove them either by not soldering them in or clipping them out if you did solder them in! This way, we'll use the BBB's 1.8K pull-up resistors to 3.3V
Wiring is simple:

DONT FORGET TO POWER IT FROM 5V - THIS IS FINE AND SAFE FOR THE BBB - JUST MAKE SURE TO REMOVE THE 2.2K PULLUPS AS MENTIONED IN THE LARGE RED BOX UP ABOVE TO KEEP THE I2C PINS AT 3.3V LOGIC LEVELS 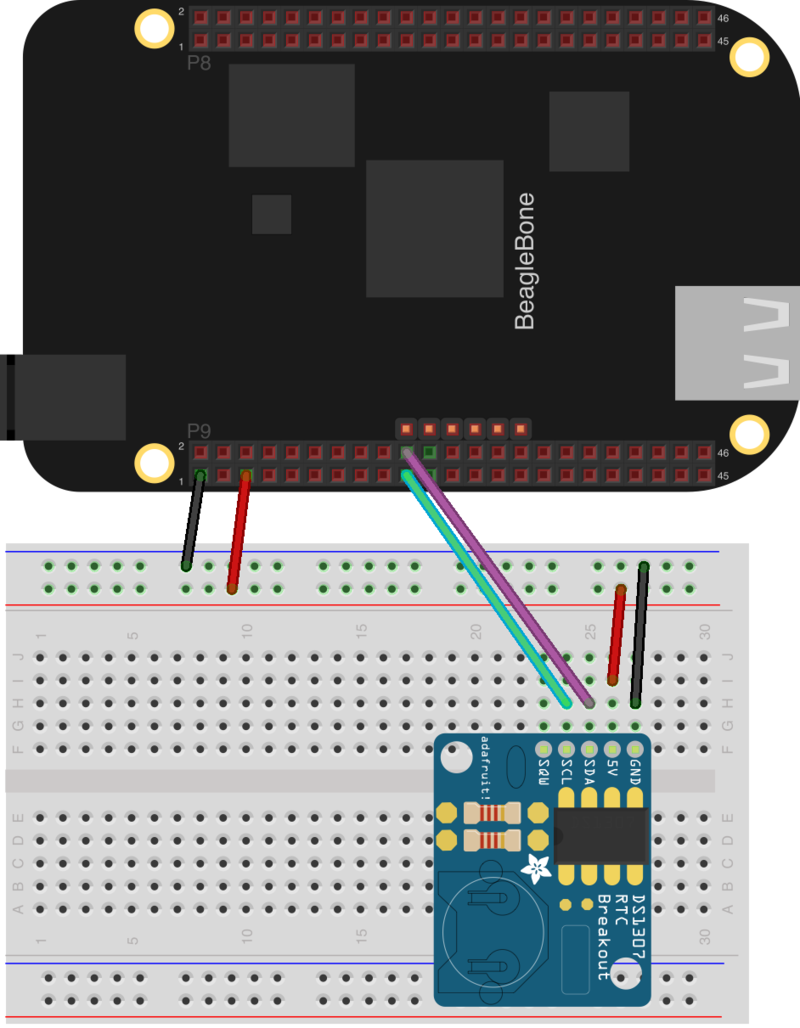 Check your wiring and insert the coin cell so that the + is facing up, the RTC requires a coin cell to be installed

Download File
Copy Code
Now you can check the time which will be read from the DS1307 module:

If this is the first time the module has been used it will report back Jan 1 2000, and you'll need to set the time.

The quickest way to set the time on the BeagleBone Black is to execute the following:
Download File
Copy Code

(note on recent Debian OS insatlls you might need to omit the /usr/bin/ part and just run 'ntpdate -b -s -u pool.ntp.org')

To validate the date and time were set correctly, execute:

You can verify it was set correctly by executing the following command to read the date and time from the DS1307 RTC:
Download File
Copy Code

If you are using Ubuntu and you'd like to have the RTC taken care of by 'upstart' here's some code to do that, place in /etc/init/rtc-ds1307.conf