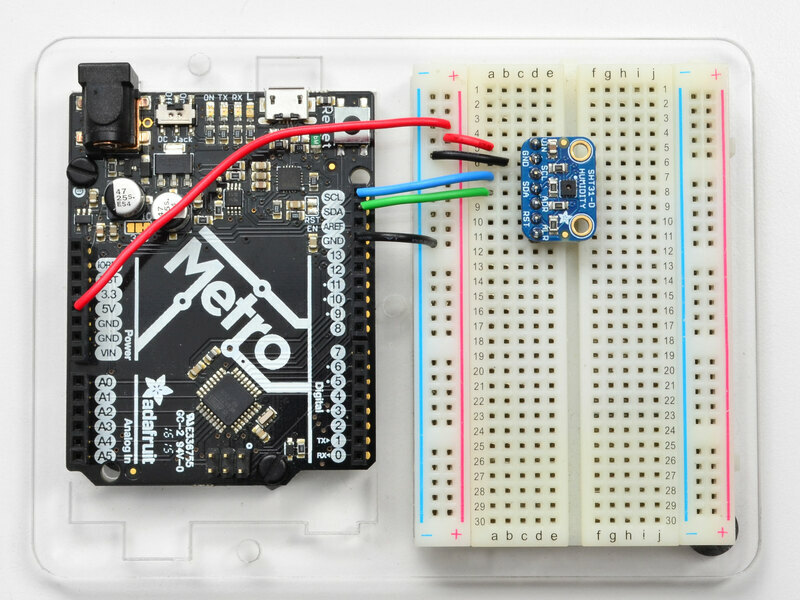 To begin reading sensor data, you will need to download the Adafruit SHT31 library from the Arduino library manager.

Search for the Adafruit SHT31 library and install it 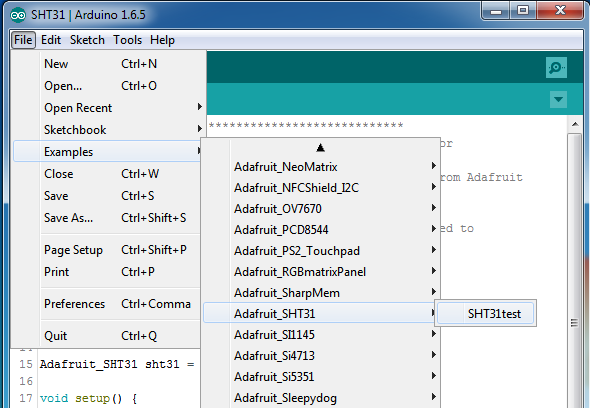 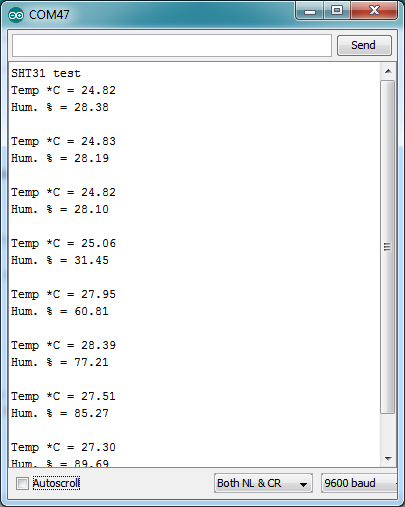 You can try breathing on the sensor to increase the humidity. The sensor reacts very fast!

You can create the Adafruit_SHT31 object with:

There are no pins to set since you must use the I2C bus!

Then initialize the sensor with:

The 0x44 is the i2c address you have the sensor set up for. By default its 0x44, you can also adjust the sensor for 0x45 and then pass that value in

Which will return floating point (decimal + fractional) temperature. You can convert to Fahrenheit by multiplying by 1.8 and adding 32 as you have learned in grade school!

We also have a few helper functions. Want to soft-reset the sensor? Use

There's also a heater built into the sensor, used to heat/evaporate any condensation. You can turn it on or off with 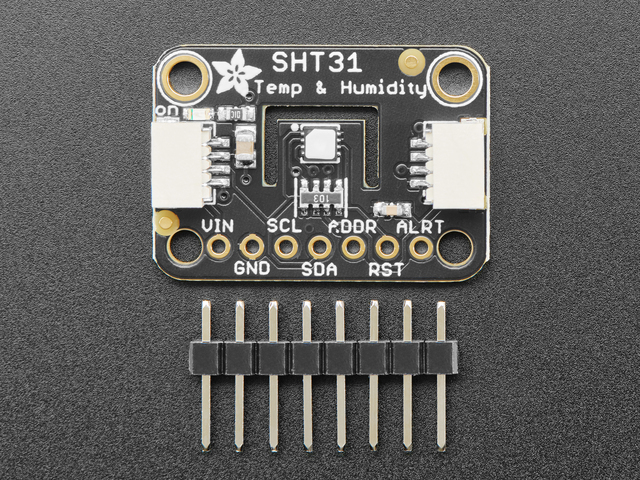