It's easy to use the SGP30 sensor with Python or CircuitPython and the Adafruit CircuitPython SGP30 module.  This module allows you to easily write Python code that reads the TVOC, eCO2, and more from the sensor.

Connect the SGP30 breakout to your board using an I2C connection, exactly as shown on the previous page for Arduino.  Here's an example with a Feather M0:

You can also download the adafruit_sgp.mpy from its releases page on Github.

Before continuing make sure your board's lib folder or root filesystem has the adafruit_sgp30.mpy, and adafruit_bus_device files and folders copied over.

Save this example sketch as main.py on your CircuitPython board:

In the REPL you'll see the serial number printed out: [0x0, 0x64, 0xb878] in this case. This is a unique 48-bit number burned into each chip. Since you may want to do per-chip calibration, this can help keep your calibration detail separate 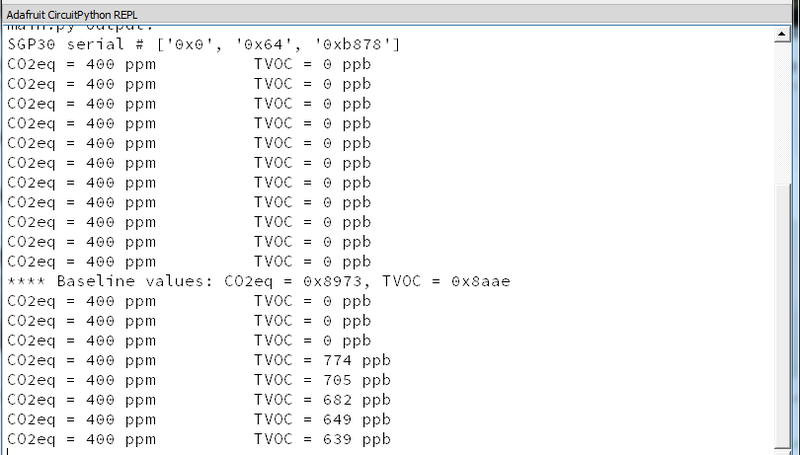 After a few seconds, you will see the TVOC and eCO2 readings fluctuate

Every minute or so you'll also get a Baseline value printed out. More about that later!

That's it! The sensor pretty much only does that - all the calculations for the TVOC and eCO2 are done within the sensor itself, no other data is exposed beyond the 'baseline' values

All VOC/gas sensors use the same underlying technology: a tin oxide element that, when exposed to organic compounds, changes resistance. The 'problem' with these sensors is that the baseline changes, often with humidity, temperature, and other non-gas-related-events. To keep the values coming out reasonable, you'll need to calibrate the sensor.

Restarting the sensor without reading back a previously stored baseline will result in the sensor trying to determine a new baseline. The adjustement algorithm will be accelerated for 12hrs which is the Maximum time required to find a new baseline.
The sensor adjusts to the best value it has been exposed to. So keeping it indoors the sensor thinks this is the best value and sets it to ~0ppb tVOC and 400ppm CO2eq. As soon as you expose the sensor to outside air it can adjust to the global H2 Background Signal. For normal Operation exposing the sensor to outside air for 10min cumulative time should be sufficient.

If you're experienced with sensors that don't have a baseline, you either won't be able to measure absolute values or you'll have to implement your own baseline algorithm.
The sensor to sensor variation of SGP30 in terms of sensitivity is very good as each of them is calibrated. But the baseline has to be determined for each sensor individually during the first Operation.

To make that easy, SGP lets you query the 'baseline calibration readings' from the sensor with code like this:

This will grab the two 16-bit sensor calibration words and place them in the variables so-named.

You should store these in EEPROM, FLASH or hard-coded. Then, next time you start up the sensor, you can pre-fill the calibration words with sgp30.set_iaq_baseline(co2eq_base, tvoc_base) 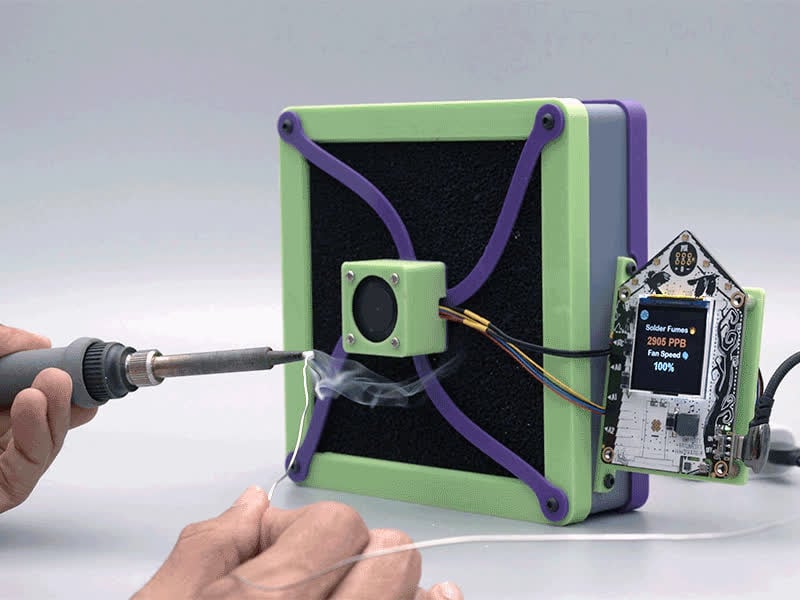 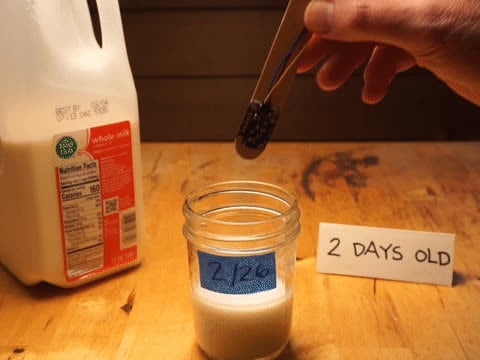