The Radio Bonnets do not have a built-in antenna. Instead, they have three options for attaching an antenna - for most low cost radio nodes, a wire works great. If you need to put the radio into an enclosure. We also include a uFL connector, pre-soldered, so you can use a uFL to SMA adapter to let you attach an external antenna. You can also solder an SMA edge-mount connector directly 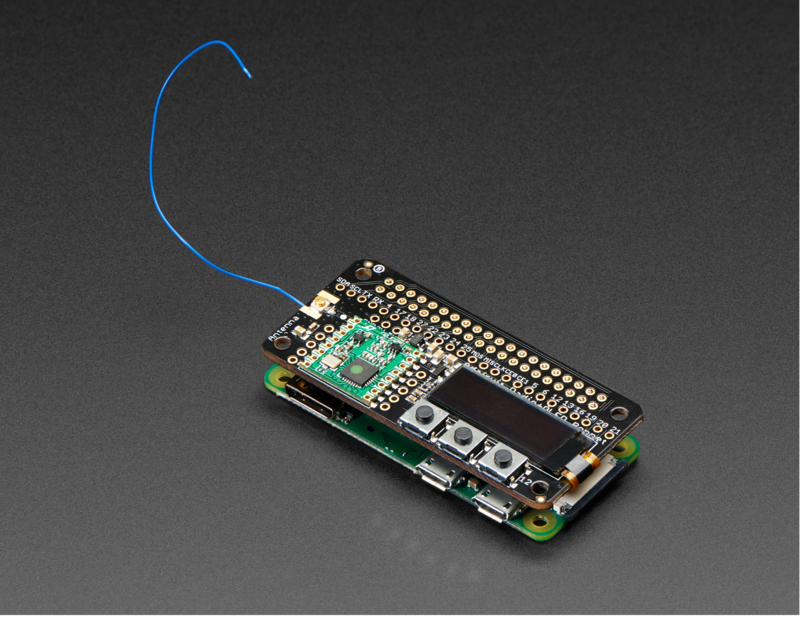 Strip a mm or two off the end of the wire, tin and solder into the ANT pad.

If you want an external antenna that is a few inches away from the radio, you'll want a uFL antenna. The radio bonnets have a uFL connector soldered on already - you'll also need a uFL to SMA adapter (or whatever adapter you need for the antenna you'll be using, SMA is the most common

Of course, you will also need an antenna of some sort, that matches your radio frequency. We have an antenna kit available which works well with the Radio Bonnet:

PRODUCT ID: 3340
This LoRa Antenna Kit is meant for use with the LoPy LoRa, WiFi and BLE board or the SiPy Sigfox,...
$12.75
IN STOCK
Add to Cart
uFL connectors are rated for 30 connection cycles, but be careful when connecting/disconnecting to not rip the pads off the PCB. Once a uFL/SMA adapter is connected, use strain relief!

These strong edge connectors are used for many 'duck' antennas, and can also be panel mounted 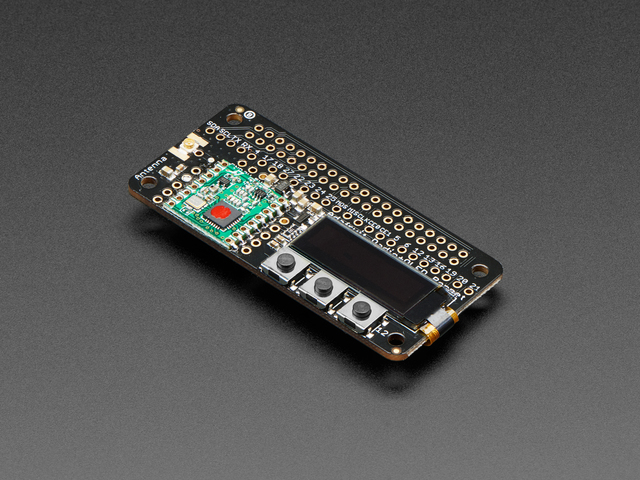 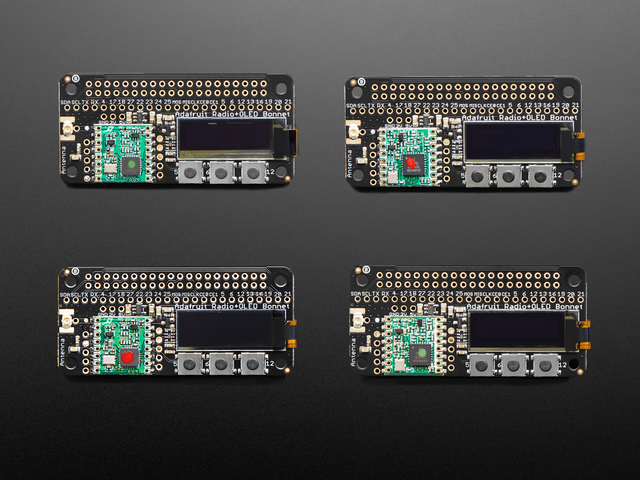 Adafruit Radio Bonnets with OLED - RFM69 or LoRa
Out of Stock