The ATSAMD21 and 51 are very nice little chips, but fairly new as Arduino-compatible cores go. Most sketches & libraries will work but here’s a collection of things we noticed.

The notes below cover a range of Adafruit M0 and M4 boards, but not every rule will apply to every board (e.g. Trinket and Gemma M0 do not have ARef, so you can skip the Analog References note!).

If you'd like to use the ARef pin for a non-3.3V analog reference, the code to use is analogReference(AR_EXTERNAL) (it's AR_EXTERNAL not EXTERNAL)

Code written this way still has the benefit of being backwards compatible with AVR. You don’t need separate versions for the different board types.

In the Adafruit M0/M4 Core, we fixed it so that Serial goes to USB so it will automatically work just fine.

However, on the off chance you are using the official Arduino SAMD core and not the Adafruit version (which really, we recommend you use our version because it’s been tuned to our boards), and you want your Serial prints and reads to use the USB port, use SerialUSB instead of Serial in your sketch.

If you have existing sketches and code and you want them to work with the M0 without a huge find-replace, put

right above the first function definition in your code. For example:

After looking through the SAMD21 datasheet, we've found that some of the options listed in the multiplexer table don't exist on the specific chip used in the Feather M0.

For all SAMD21 chips, there are two peripherals that can generate PWM signals: The Timer/Counter (TC) and Timer/Counter for Control Applications (TCC). Each SAMD21 has multiple copies of each, called 'instances'.

Each TCC instance has a single count register, but multiple compare registers and output channels. There are options for different kinds of waveform, interleaved switching, programmable dead time, and so on.

And those are the ones shown in the datasheet's multiplexer tables.

Tracing the signals to the pins broken out on the Feather M0, the following pins can't do PWM at all:

The following pins can be configured for PWM without any signal conflicts as long as the SPI, I2C, and UART pins keep their protocol functions:

If only the SPI pins keep their protocol functions, you can also do PWM on the following pins:

On AVR, if you set a pin's PWM with analogWrite(pin, 255) it will turn the pin fully HIGH. On the ARM cortex, it will set it to be 255/256 so there will be very slim but still-existing pulses-to-0V. If you need the pin to be fully on, add test code that checks if you are trying to analogWrite(pin, 255) and, instead, does a digitalWrite(pin, HIGH)

analogWrite() DAC on A0

If you are trying to use analogWrite() to control the DAC output on A0, make sure you do not have a line that sets the pin to output. Remove: pinMode(A0, OUTPUT).

There might be code that uses libraries that are not supported by the M0 core. For example if you have a line with

you'll get an error that says

In which case you can simply locate where the line is (the error will give you the file name and line number) and 'wrap it' with #ifdef's so it looks like:

If the #include is in the arduino sketch itself, you can try just removing the line.

For most other AVRs, clicking reset while plugged into USB will launch the bootloader manually, the bootloader will time out after a few seconds. For the M0/M4, you'll need to double click the button. You will see a pulsing red LED to let you know you're in bootloader mode. Once in that mode, it wont time out! Click reset again if you want to go back to launching code.

This is a little less likely to happen to you but it happened to me! If you're used to 8-bit platforms, you can do this nice thing where you can typecast variables around. e.g.

You can't be guaranteed that this will work on a 32-bit platform because mybuffer might not be aligned to a 2 or 4-byte boundary. The ARM Cortex-M0 can only directly access data on 16-bit boundaries (every 2 or 4 bytes). Trying to access an odd-boundary byte (on a 1 or 3 byte location) will cause a Hard Fault and stop the MCU. Thankfully, there's an easy work around ... just use memcpy!

Like the AVR Arduinos, the M0 library does not have full support for converting floating point numbers to ASCII strings. Functions like sprintf will not convert floating point.  Fortunately, the standard AVR-LIBC library includes the dtostrf function which can handle the conversion for you.

Unfortunately, the M0 run-time library does not have dtostrf.  You may see some references to using #include <avr/dtostrf.h> to get dtostrf in your code.  And while it will compile, it does not work.

Instead, check out this thread to find a working dtostrf function you can include in your code:

How Much RAM Available?

The ATSAMD21G18 has 32K of RAM, but you still might need to track it for some reason. You can do so with this handy function:

If you're used to AVR, you've probably used PROGMEM to let the compiler know you'd like to put a variable or string in flash memory to save on RAM. On the ARM, its a little easier, simply add const before the variable name:

That string is now in FLASH. You can manipulate the string just like RAM data, the compiler will automatically read from FLASH so you dont need special progmem-knowledgeable functions.

You can verify where data is stored by printing out the address:
Serial.print("Address of str $"); Serial.println((int)&str, HEX);

There's a lot of registers on the SAMD21, and you often are going through ASF or another framework to get to them. So having a way to see exactly what's going on is handy. This library from drewfish will help a ton!

As of version 1.4.0 of the Adafruit SAMD Boards package in the Arduino Boards Manager, some options are available to wring extra performance out of M4-based devices. These are in the Tools menu.

All of these performance tweaks involve a degree of uncertainty. There’s no guarantee of improved performance in any given project, and some may even be detrimental, failing to work in part or in whole. If you encounter trouble, select the default performance settings and re-upload.

Here’s what you get and some issues you might encounter…

This option lets you adjust the microcontroller core clock…the speed at which it processes instructions…beyond the official datasheet specifications.

Manufacturers often rate speeds conservatively because such devices are marketed for harsh industrial environments…if a system crashes, someone could lose a limb or worse. But most creative tasks are less critical and operate in more comfortable settings, and we can push things a bit if we want more speed.

There is a small but nonzero chance of code locking up or failing to run entirely. If this happens, try dialing back the speed by one notch and re-upload, see if it’s more stable.

Much more likely, some code or libraries may not play well with the nonstandard CPU speed. For example, currently the NeoPixel library assumes a 120 MHz CPU speed and won’t issue the correct data at other settings (this will be worked on). Other libraries may exhibit similar problems, usually anything that strictly depends on CPU timing…you might encounter problems with audio- or servo-related code depending how it’s written. If you encounter such code or libraries, set the CPU speed to the default 120 MHz and re-upload.

There’s usually more than one way to solve a problem, some more resource-intensive than others. Since Arduino got its start on resource-limited AVR microcontrollers, the C++ compiler has always aimed for the smallest compiled program size. The “Optimize” menu gives some choices for the compiler to take different and often faster approaches, at the expense of slightly larger program size…with the huge flash memory capacity of M4 devices, that’s rarely a problem now.

The “Small” setting will compile your code like it always has in the past, aiming for the smallest compiled program size.

The “Fast” setting invokes various speed optimizations. The resulting program should produce the same results, is slightly larger, and usually (but not always) noticably faster. It’s worth a shot!

“Here be dragons” invokes some more intensive optimizations…code will be larger still, faster still, but there’s a possibility these optimizations could cause unexpected behaviors. Some code may not work the same as before. Hence the name. Maybe you’ll discover treasure here, or maybe you’ll sail right off the edge of the world.

Most code and libraries will continue to function regardless of the optimizer settings. If you do encounter problems, dial it back one notch and re-upload.

This option allows a small collection of instructions and data to be accessed more quickly than from flash memory, boosting performance. It’s enabled by default and should work fine with all code and libraries. But if you encounter some esoteric situation, the cache can be disabled, then recompile and upload.

These should probably be left at their defaults. They’re present mostly for our own experiments and can cause serious headaches.

Max SPI determines the clock source for the M4’s SPI peripherals. Under normal circumstances this allows transfers up to 24 MHz, and should usually be left at that setting. But…if you’re using write-only SPI devices (such as TFT or OLED displays), this option lets you drive them faster (we’ve successfully used 60 MHz with some TFT screens). The caveat is, if using any read/write devices (such as an SD card), this will not work at all…SPI reads absolutely max out at the default 24 MHz setting, and anything else will fail. Write = OK. Read = FAIL. This is true even if your code is using a lower bitrate setting…just having the different clock source prevents SPI reads.

Max QSPI does similarly for the extra flash storage on M4 “Express” boards. Very few Arduino sketches access this storage at all, let alone in a bandwidth-constrained context, so this will benefit next to nobody. Additionally, due to the way clock dividers are selected, this will only provide some benefit when certain “CPU Speed” settings are active. Our PyPortal Animated GIF Display runs marginally better with it, if using the QSPI flash.

Enabling the Buck Converter on some M4 Boards

If you want to reduce power draw, some of our boards have an inductor so you can use the 1.8V buck converter instead of the built in linear regulator. If the board does have an inductor (see the schematic) you can add the line SUPC->VREG.bit.SEL = 1; to your code to switch to it. Note it will make ADC/DAC reads a bit noisier so we don't use it by default. You'll save ~4mA. 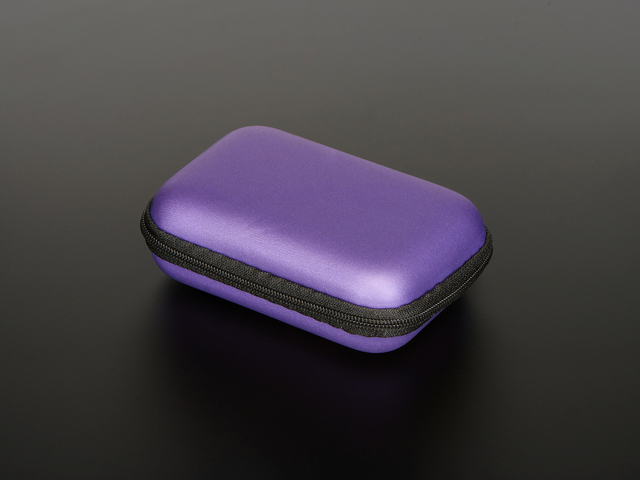 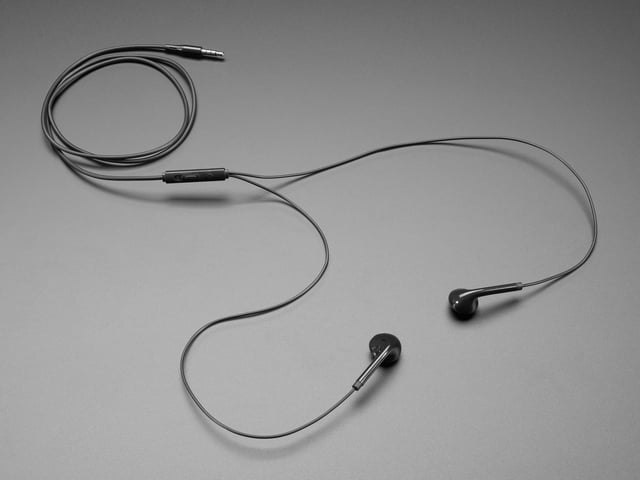 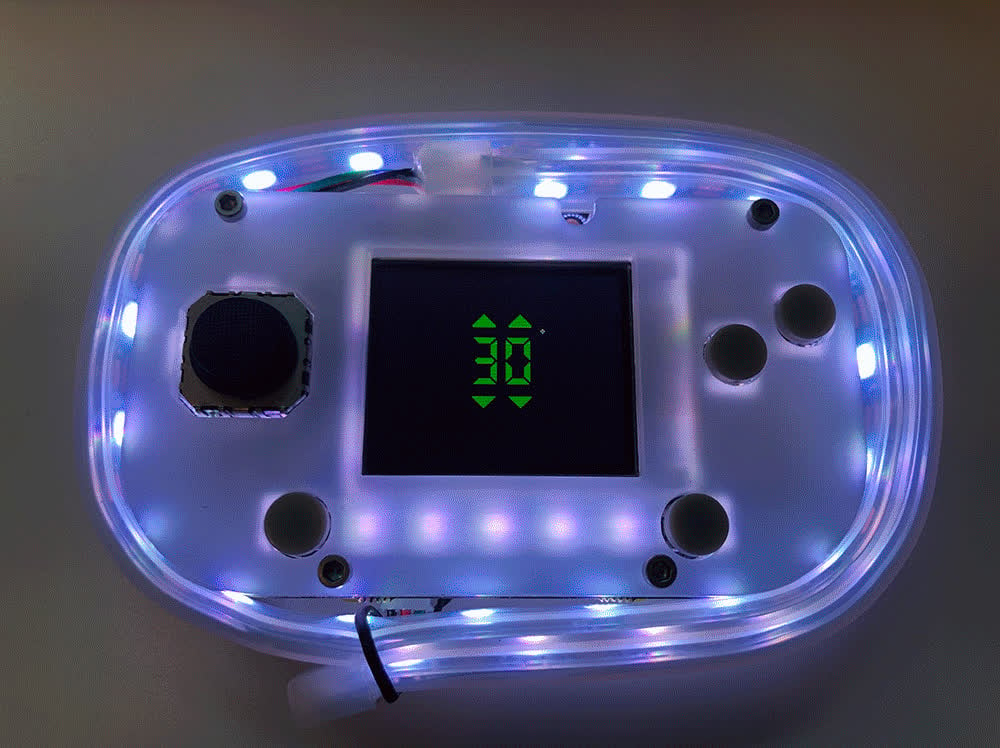 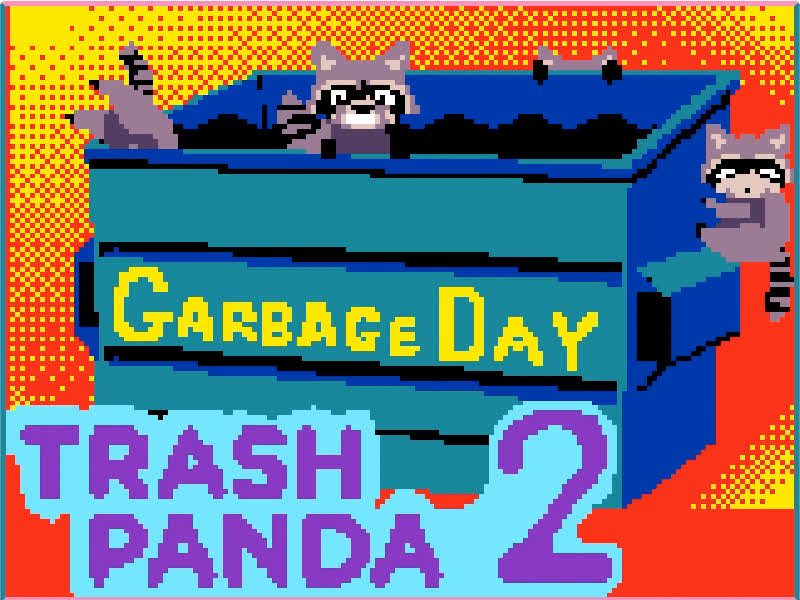 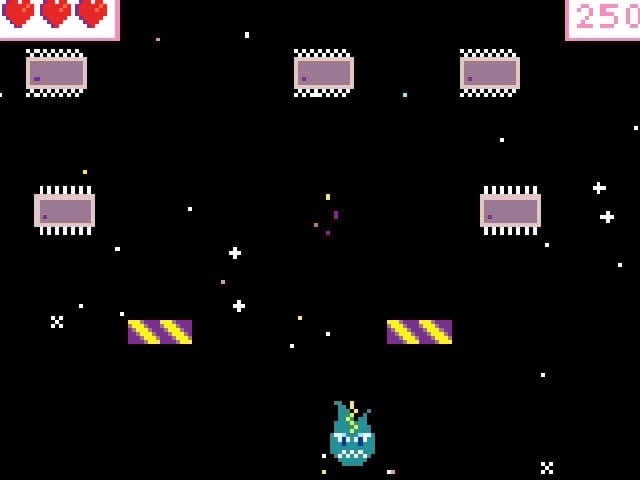