Connecting to the serial console on Mac and Linux uses essentially the same process. Neither operating system needs drivers installed. On MacOSX, Terminal comes installed. On Linux, there are a variety such as gnome-terminal (called Terminal) or Konsole on KDE.

Each serial connection shows up in the /dev/ directory. It has a name that starts with tty.. The command ls shows you a list of items in a directory. You can use * as a wildcard, to search for files that start with the same letters but end in something different. In this case, we're asking to see all of the listings in /dev/ that start with tty. and end in anything. This will show us the current serial connections. 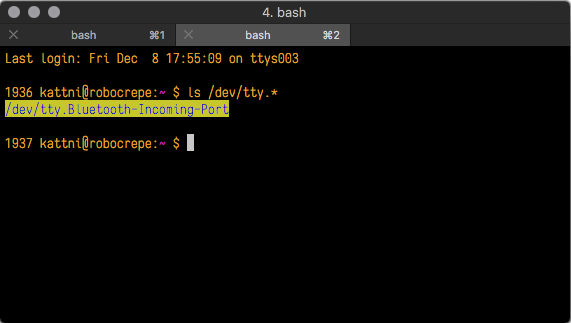 For Linux, the procedure is the same, however, the name is slightly different. If you're using Linux, you'll type: 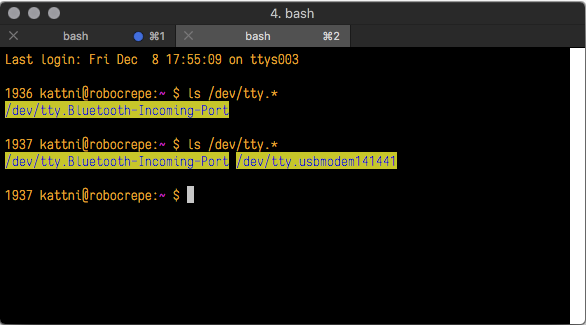 Using Mac, a new listing has appeared called /dev/tty.usbmodem141441. The tty.usbmodem141441 part of this listing is the name the example board is using. Yours will be called something similar.

Now that you know the name your board is using, you're ready connect to the serial console. We're going to use a command called screen. The screen command is included with MacOS. Linux users may need to install it using their package manager. To connect to the serial console, use Terminal. Type the following command, replacing board_name with the name you found your board is using: 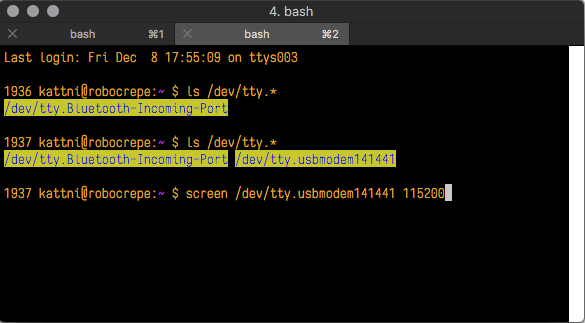 Advanced Serial Console on Windows Welcome to the Community!

This page (Advanced Serial Console on Mac and Linux) was last updated on Apr 14, 2021.