In learning any programming language, you often begin with some sort of Hello, World! program. In CircuitPython, Hello, World! is blinking an LED. Blink is one of the simplest programs in CircuitPython. Despite its simplicity, it shows you many of the basic concepts needed for most CircuitPython programs, and provides a solid basis for more complex projects. Your board has built-in NeoPixel LEDs that are great this example.

A NeoPixel is what Adafruit calls the WS281x family of addressable RGB LEDs. The built-in LEDs on your board are NeoPixels! Each NeoPixel contains three LEDs - a red one, a green one and a blue one - along side a driver chip in a tiny package controlled by a single pin. They can be used individually, or chained together in strips or other creative form factors. NeoPixels do not light up on their own; they require a microcontroller. So, it's super convenient that there are NeoPixels built in to your microcontroller board!

The two NeoPixel LEDs are located towards the opposite end of the board from the USB connector, on either side of the board.

You do not need to download the Project Bundle - all the necessary libraries are included in CircuitPython for this board!
Download Project Bundle
Copy Code
View on GitHub

This is the Neo Trinkey, but your board should look similar!

First you import two modules, time and board, and one library, neopixel. This makes these modules and libraries available for use in your code.

Next, you set up the NeoPixel LEDs. To interact with hardware in CircuitPython, your code must let the board know where to look for the hardware and what to do with it. So, you create a neopixel.NeoPixel() object, provide it the NeoPixel LED pin using the board module, and tell it the number of LEDs. You save this object to the variable pixels.

Finally, you create a while True: loop. This means all the code inside the loop will repeat indefinitely. Inside the loop, you "fill" the pixels with red using the RGB tuple (255, 0, 0). (For more information on how RGB tuples work, see the next section!) Then, you use time.sleep(0.5) to tell the code to wait half a second before moving on to the next line. The next fills the pixels with "black", which turns it off. Then you use another time.sleep(0.5) to wait half a second before starting the loop over again.

That's all there is to blinking the built-in NeoPixel LEDs using CircuitPython! 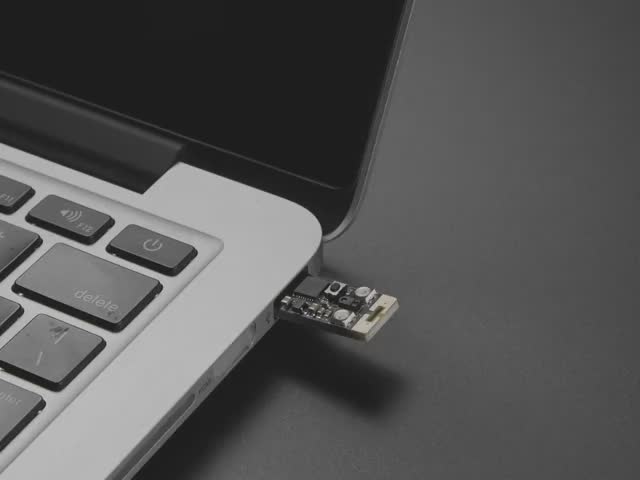