Like
This part of the tutorial is specifically for the Breakout board. We show how to use it with SPI. The breakout also supports TTL serial and I2C but we don't have a tutorial for using it that way as SPI is the most cross-platform method to communicate

If you're using the shield, check the next page 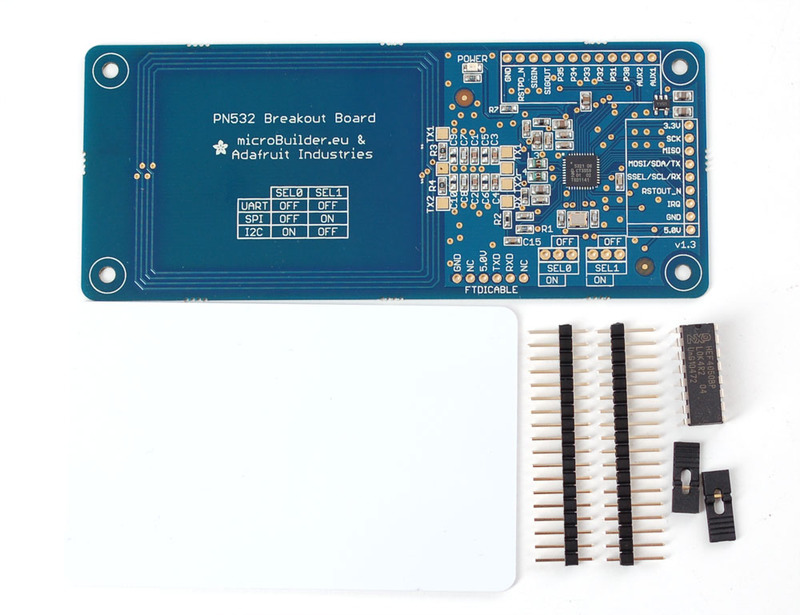 Wiring the Breakout for SPI

The PN532 chip and breakout is designed to be used by 3.3V systems. To use it with a 5V system such as an Arduino, a level shifter is required to convert the high voltages into 3.3V. If you have a 3.3V embedded system you won't have to use the shifter of course!

To begin, we'll solder in the header to the breakout board. You'll need two small 3-pin pieces of header and one 8-pin piece. You can break these off of a large piece. 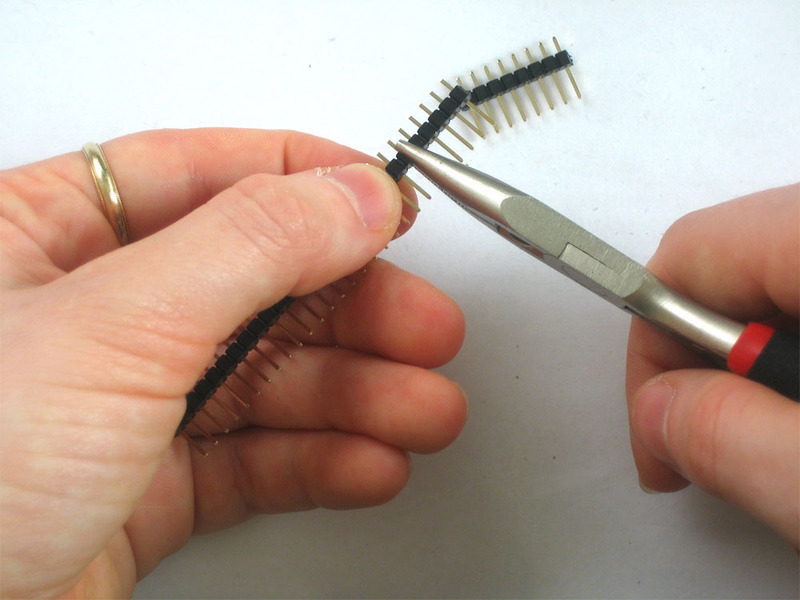 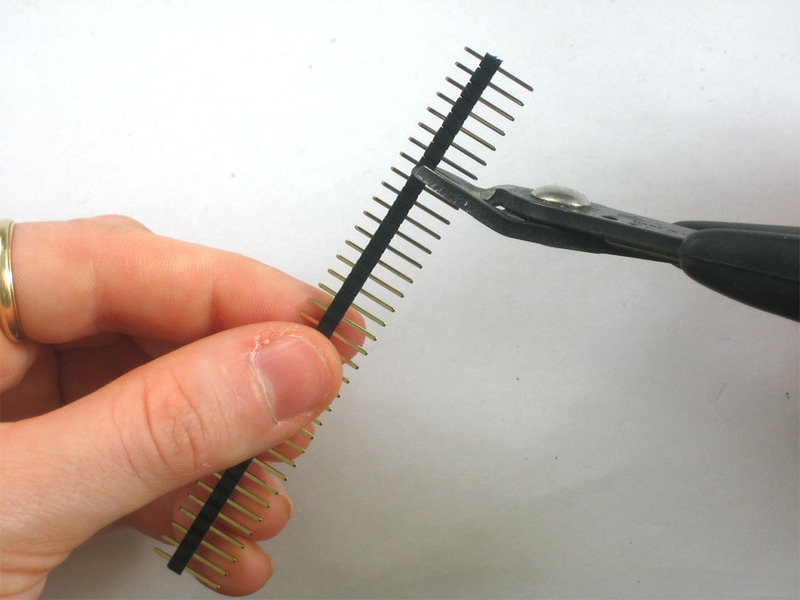 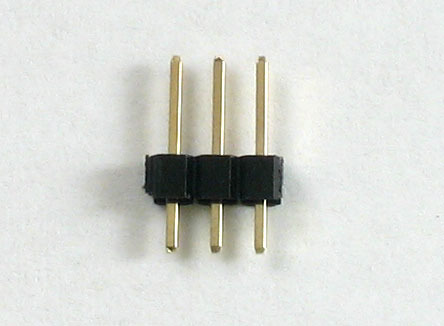 Solder the two small pieces to the SEL0 and SEL1 pads. These are interface selectors for the chip. Depending on how the jumpers are inserted the chip will talk in TTL serial, i2c or SPI. Also solder a strip to the end so you can plug it into a breadboard. 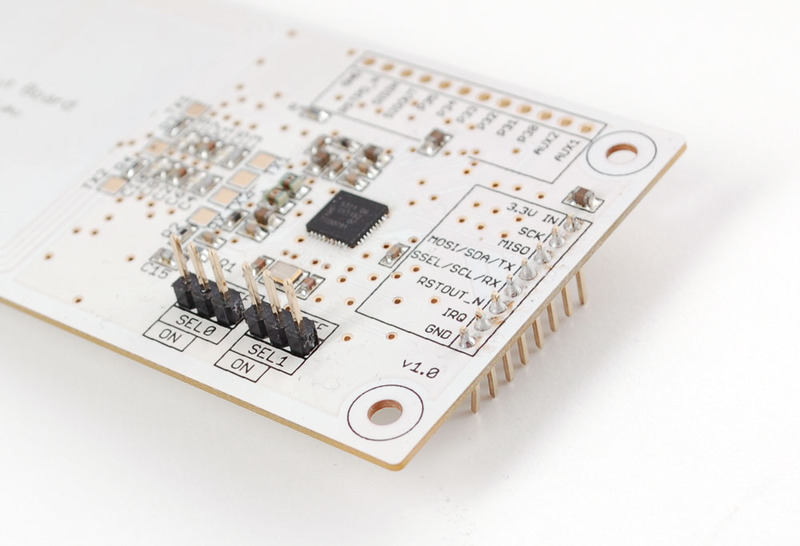 On the breakout board

Click to see a larger image. The red power wire should be connected to the 3.3v pin on the Arduino! 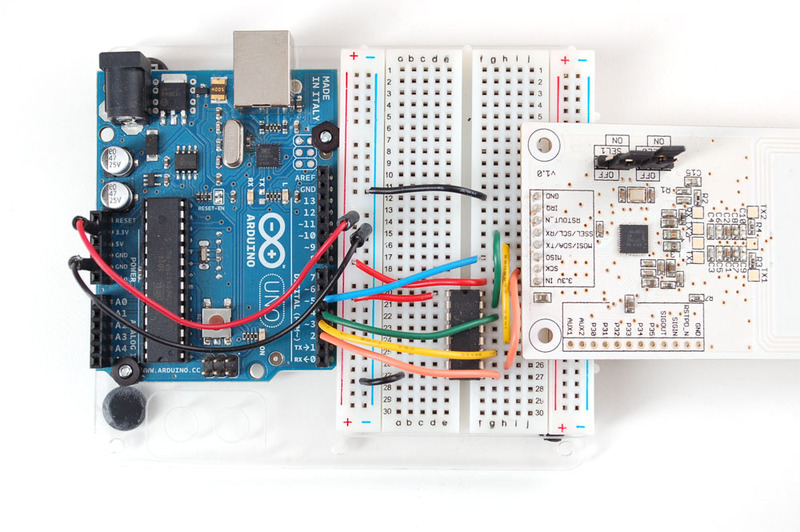 That's it! Later on you can change what Arduino pins you are using but for the beginning test we suggest matching our wiring.
If you are using the breakout in I2C mode, you will also need to add two 1.5K pullups on the SCL/SDA lines, since the breakout and the Arduino don't include the pullups. Simply solder or add a 1.5K resistor between SCL and 3.3V, and SDA and 3.3V, and then connect the breakout as you normally would.
Overview Shield Wiring