You can easily wire this breakout to any microcontroller, we'll be using an Arduino. For another kind of microcontroller, just make sure it has I2C, then port the code - it's pretty simple stuff!

Connect the breakout to your Arduino compatible board. An example is shown below connected to an Adafruit Metro.

To begin reading sensor data, you will need to download the Adafruit_MPR121 library from the Arduino library manager.

Seach for the Adafruit MPR121 library and install it 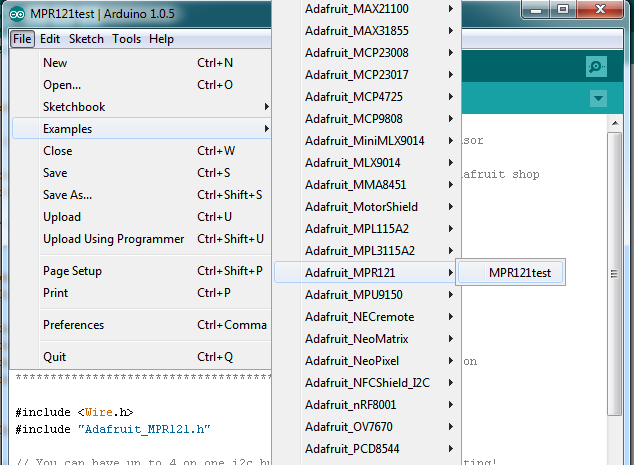 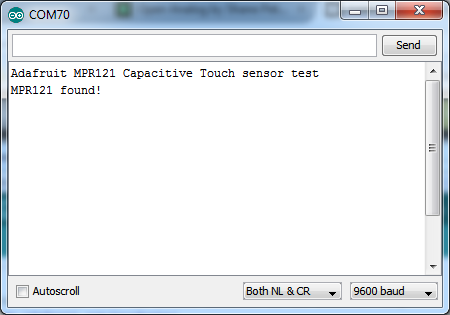 Make sure you see the "MPR121 found!" text which lets you know that the sensor is wired correctly. 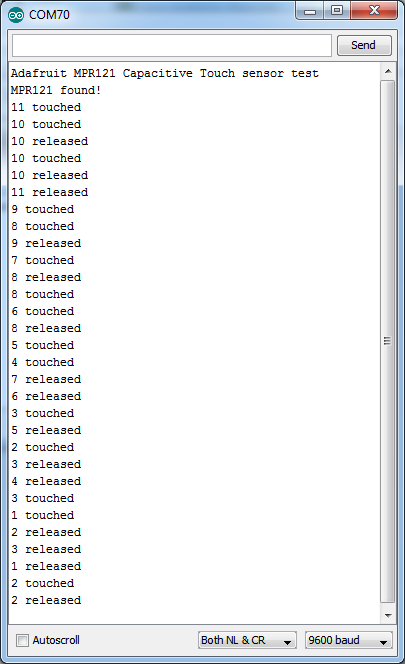 For most people, that's all you'll need! Our code keeps track of the 12 'bits' for each touch and has logic to let you know when a contect is touched or released.

If you're feeling more advanced, you can see the 'raw' data from the chip. Basically, what it does it keep track of the capacitance it sees with "counts". There's some baseline count number that depends on the temperature, humidity, PCB, wire length etc. Where's a dramatic change in number, its considered that a person touched or released the wire. 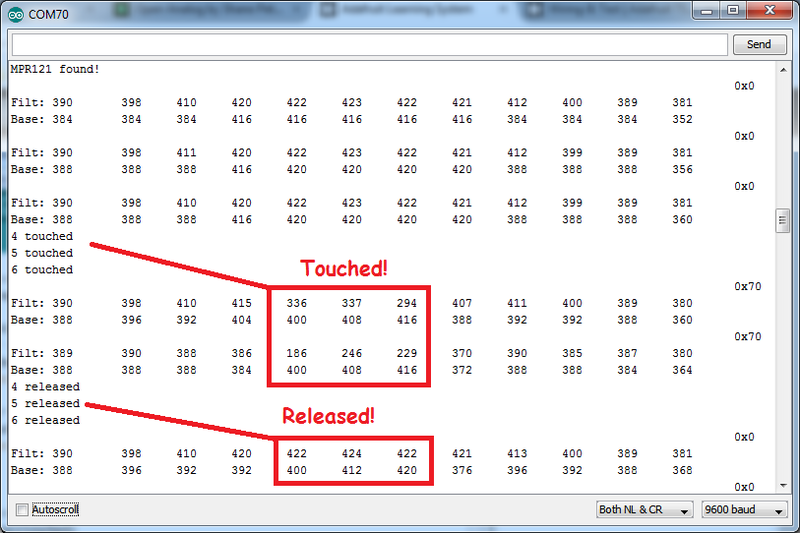 Most people don't need raw data too much, but it can be handy if doing intense debugging. It can be helpful if you are tweaking your sensors to get good responsivity.

Since the sensors use I2C, there's no pins to be defined during instantiation. You can just use:

When you initialize the sensor, pass in the I2C address. It can range from 0x5A (default) to 0x5D

begin() returns true if the sensor was found on the I2C bus, and false if not.

99% of users will be perfectly happy just querying what sensors are currently touched. You can read all at once with cap.touched(), which returns a 16 bit value. Each of the bottom 12 bits refers to one sensor. So if you want to test if the #4 is touched, you can use

You can check its not touched with:

It returns a 16-bit number which is the number of counts, there's no unit like "mg" or "capacitance". The baseline is initialized to the current ambient readings when the sensor begin() is called - you can always reinitialize by re-calling begin()! The baseline will drift a bit, that's normal! It is trying to compensate for humidity and other environmental changes.

If you need to change the threshholds for touch detection, you can do that with

By default, the touch threshhold is 12 counts, and the release is 6 counts. It's reset to these values whenever you call begin() by the way. 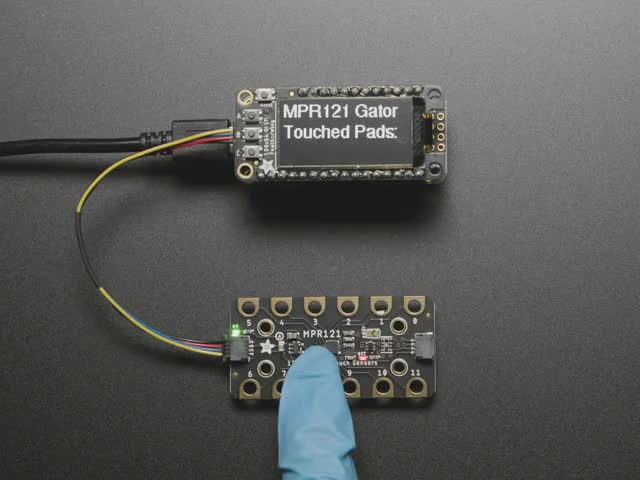