You can easily wire this breakout to any microcontroller, we'll be using an Arduino. For another kind of microcontroller, just make sure it has I2C with repeated-start support, then port the code - its pretty simple stuff! 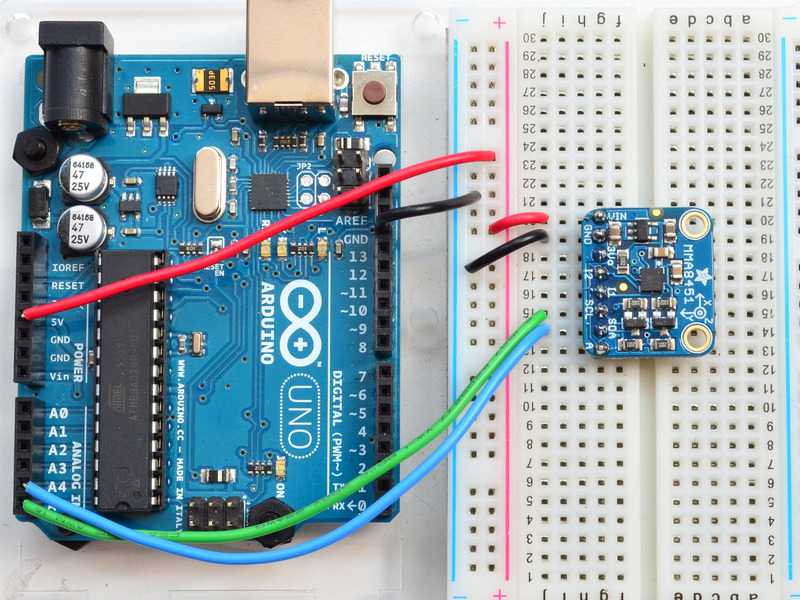 To begin reading sensor data, you will need to download the Adafruit_MMA8451 library and the Adafruit_Sensor library from the Arduino library manager.

Search for the Adafruit MMA8451 library and install it

Search for the Adafruit Sensor library and install it 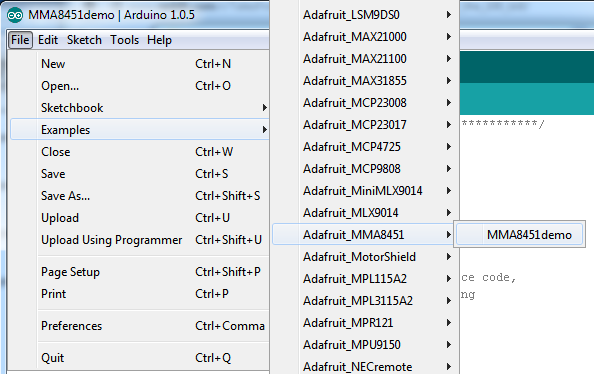 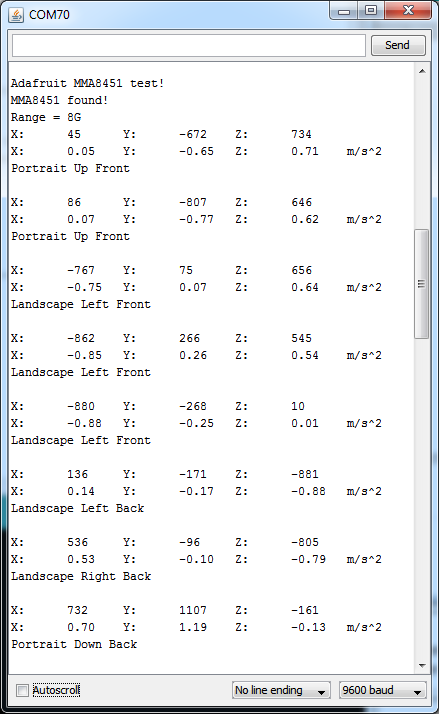 There's three lines of output from the sensor.

This is the Adafruit_Sensor'ified nice output which is in m/s*s, the SI units for measuring acceleration. No matter what the range is set to, it will give you the same units, so its nice to use this instead of mucking with the raw counts. (Note that the screenshot above has the m/s^2 divided by 10, you can ignore that typo :)

This is the output of the orientation detection inside the chip. Since inexpensive accelerometers are often used to detect orientation and tilt, this sensor has it built in. The orientation can be Portrait or Landscape, then Up/Down or Left/Right and finally tilted forward or tilted back. Note that if the sensor is tilted less than 30 degrees it cannot determine the forward/back orientation. If you play with twisting the board around you'll get the hang of it.

You can create the Adafruit_MMA8451 object with:

Download File
Copy Code
There are no pins to set since you must use the I2C bus!

Then initialize the sensor with:
Download File
Copy Code
this function returns True if the sensor was found and responded correctly and False if it was not found. We suggest something like this:

You can read the raw counts data with

Download File
Copy Code
The x, y and z data is then available in mma.x, mma.y and mma.z
All three are read in one transaction.

Download File
Copy Code
Then read the event whenever you want


The sensor has built in tilt/orientation detection. You can read the current orientation with