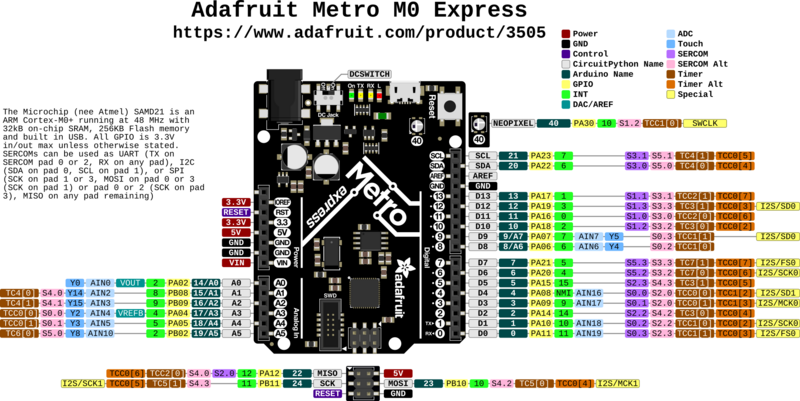 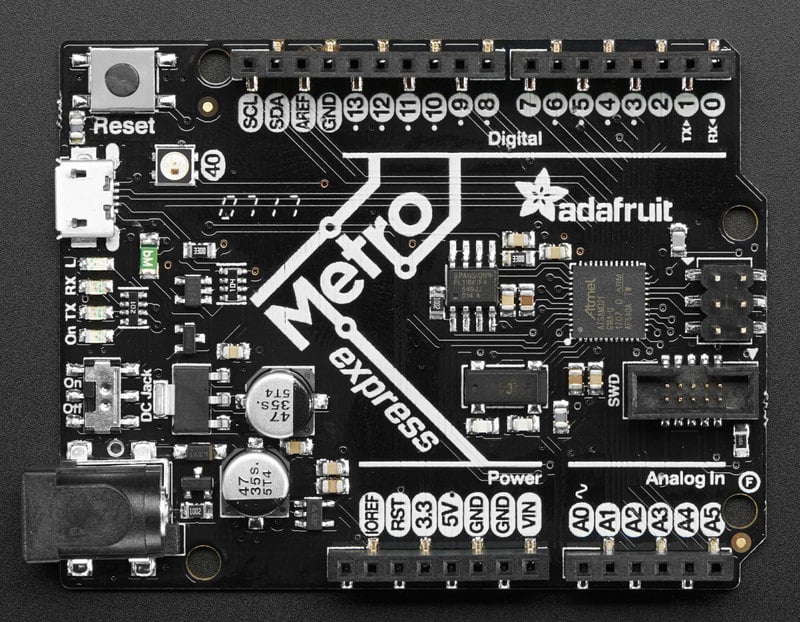 The Metro M0 is chock-full of microcontroller goodness. There's also a lot of pins and ports. We'll take you a tour of them now! 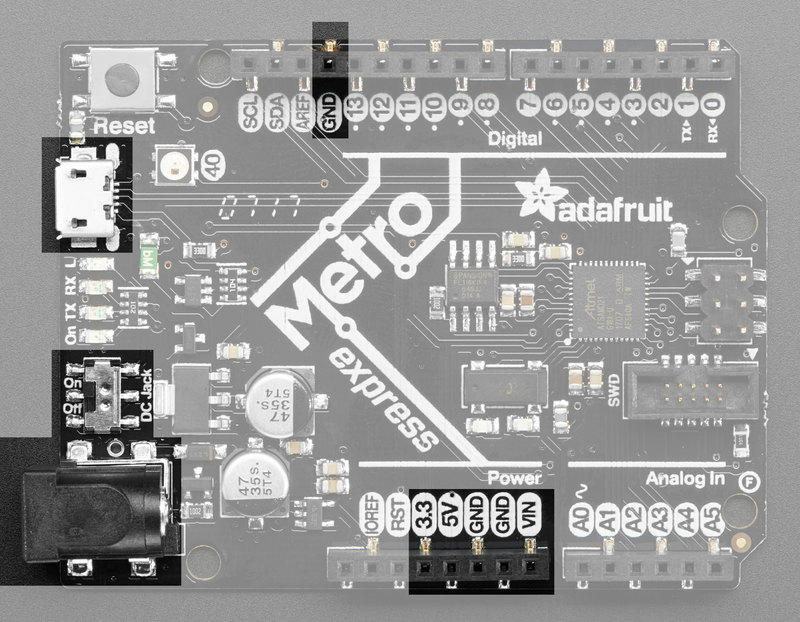 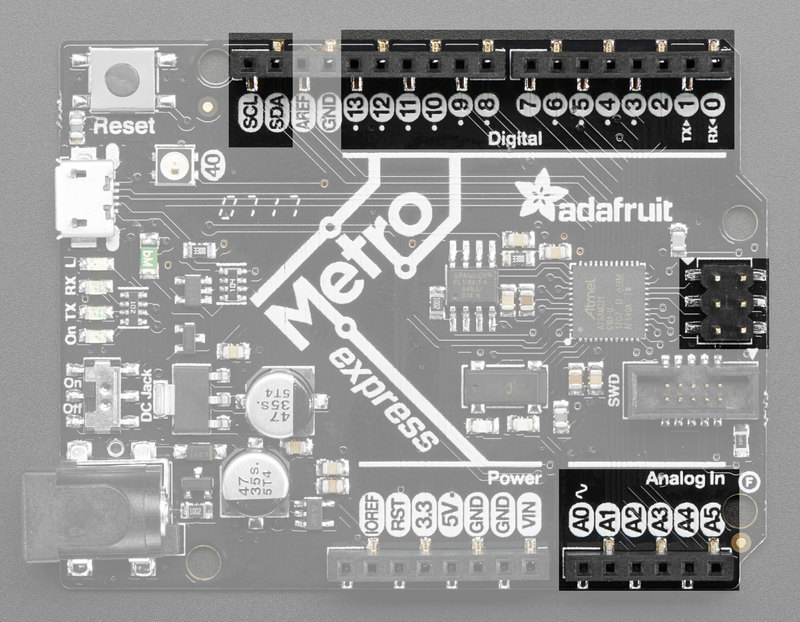 This is the general purpose I/O pin set for the microcontroller.
All logic is 3.3V
Most pins can do PWM output
All pins except D4 can be interrupt inputs

In addition to the A0-A5 pins, there are extra analog inputs available

As part of the 'Express' series of boards, the Metro M0 Express is designed for use with CircuitPython. To make that easy, we have added two extra parts to this Metro M0: a mini NeoPixel (RGB LED) and a 2 MB SPI Flash chip 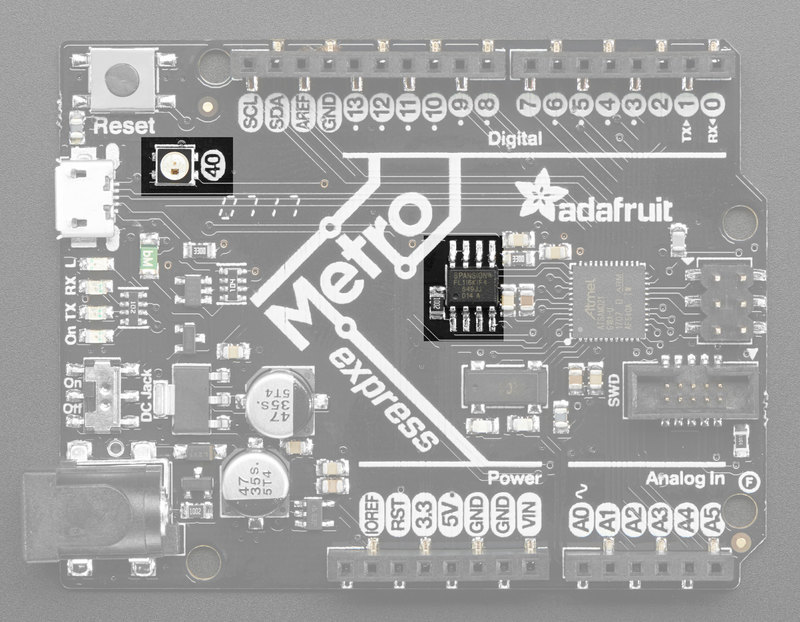 The SPI Flash is connected to 4 pins that are not brought out on the GPIO pads. This way you don't have to worry about the SPI flash colliding with other devices on the main SPI connection. Under Arduino, the FLASH SCK pin is #38, MISO is #36,  MOSI is #37, and CS is #39. If you use Metro M0 Express as your board type, you'll be able to access the Flash SPI port under SPI1 - this is a fully new hardware SPI device separate from the GPIO pins on the outside edge of the Feather. In CircuitPython, the SPI flash is used natively by the interpretter and is read-only to user code, instead the Flash just shows up as the writeable disk drive! 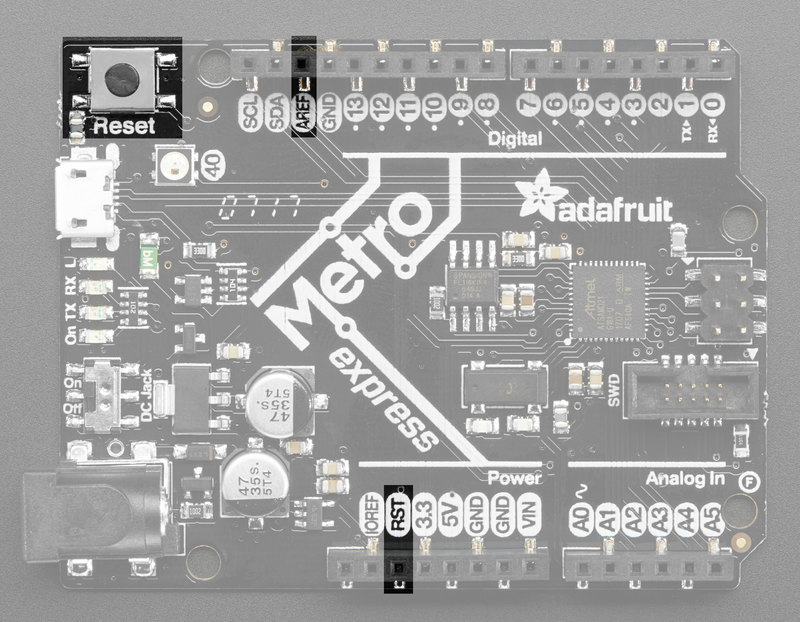 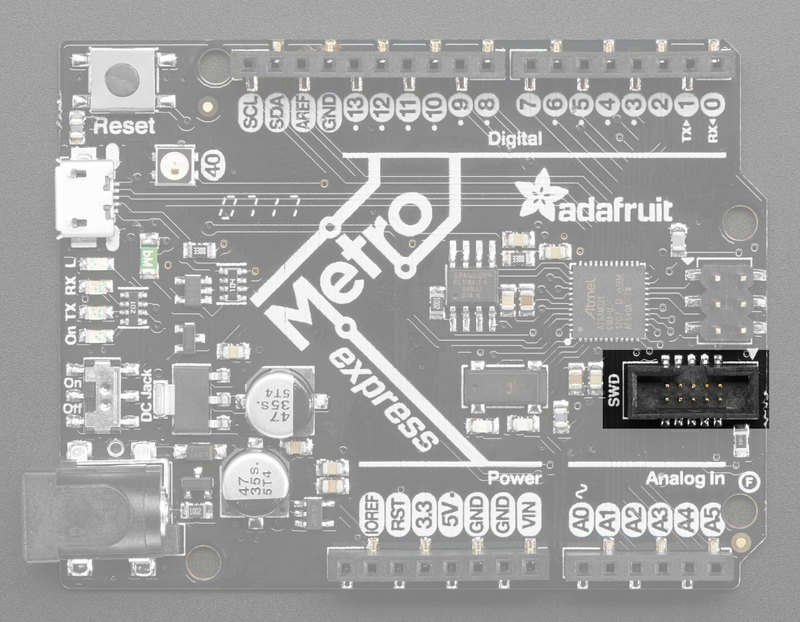 You can use any 2x5 0.05" pitch SWD interface to connect. We suggest a J-Link. Since the SWCLK pin is shared between the NeoPixel, and the bootloader takes control of the pin, you need to reset the board right before beginning debug. OpenOCD and some other debug interfaces may not be able to do this. That's why we really really suggest a JLink!